The exterior of the 2nd Generation Toyota Tundra features a fairly unique and muscular design language. The front end houses trapezium styled side swept headlights, a black colored trapezium grille, dual air intakes and an outward sticking bumper. The rear end houses rectangular styled stacked vertical side swept taillights, an outward sticking bumper, a standard flatbed and a standard case tailgate. The 4-door double car features identical styling apart from being slightly longer to accommodate the rear doors. The 4-door crewmax features a more aggressively designed front end with a larger front bumper, flared wheel arches, a chrome accent on the front grille and side step plates. The facelift variant features a slightly updated design language with a larger front chrome grille, a larger outward sticking front bumper with dual chrome accents and smaller trapezium styled side swept headlights with daytime running lights. The overall exterior of the 2007 Toyota Tundra features a unique and imposing design language that allows it to set itself from its rivals.

The Toyota Tundra 2nd Generation can achieve an average of up to 8KM/L making for an estimated driving range of up to 800KM from the pickup trucks 100-liter fuel tank.

The main competitors of the Toyota Tundra 2007 are the Ford F-150 and the Dodge Ram.

Do you own a Toyota Tundra

END_OF_DOCUMENT_TOKEN_TO_BE_REPLACED 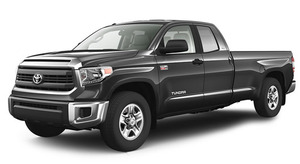 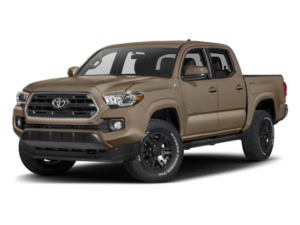 Toyota Tundra for Sale in Pakistan