The exterior of the 2009 Toyota Wish features a unique and very distinctive design language. The front end houses sharp narrow upswept headlights, a small narrow grille with a chrome accent and dual intakes, dual air intakes and a large outward sticking bumper. The rear end houses stacked sharp angular side swept taillights, the rear windscreen wiper, an outward sticking bumper and a standard case tailgate. The overall exterior of the 2nd Generation Toyota Wish can stand out among its rivals. All variants of the Toyota Wish feature identical styling in every aspect.

The Toyota Wish 2009 can achieve an average of up to 14KM/L making for an estimated driving range of up to 840KM from the compact MPV's 60-liter fuel tank.

Do you own a Toyota Wish

END_OF_DOCUMENT_TOKEN_TO_BE_REPLACED 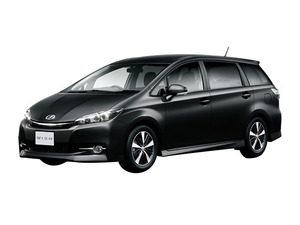 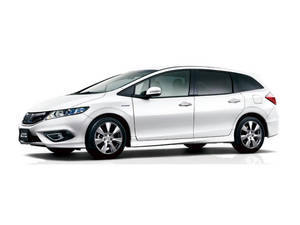 Toyota Wish for Sale in Pakistan

END_OF_DOCUMENT_TOKEN_TO_BE_REPLACED

What is the minimum price of a used Toyota Wish in Pakistan?

What are the variants of Toyota Wish?

What is the overall rating of Toyota Wish?

The overall rating of Toyota Wish is 4/5 based on:

Are the Wish Car parts easily available in Pakistan?