The exterior of the 2003 Cherry QQ features a fairly unique and distinctive design language. The front end houses circular headlights, a small rectangular grille and a trapezium air intake. The rear end houses sharp side swept taillights with circular inserts, a large outward sticking bumper and a standard case hatchback. The overall exterior of the 1st Generation Cherry QQ takes a slightly old fashioned and “retro” approach to its styling. All variants of the Cherry QQ feature identical styling in every aspect. Options include roof rails.

The interior of the 1st Cherry QQ compromises of black beige trim pieces. The front and rear seats are covered in fabric. Standard features include a 2-speaker stereo audio system, air conditioning, power steering, driver airbag, central locking and a tachometer. Options include power windows, 4-speaker stereo audio system, CD input, sunroof and electric mirrors. All variants of the Cherry QQ feature identical standard equipment and options. The overall interior of the 2003 Cherry QQ features a decent amount of interior space for a hatchback of its exterior dimensions, though it falls down on aspects such as good ride quality and general refinement.

The Cherry QQ 1st Generation can achieve an average of up 17KM/L to making for an estimated driving range of up to 595KM from the compact hatchbacks 35-liter fuel tank.

The main competitors of the Cherry QQ 2003 are the Suzuki Mehran, Suzuki Cultus, Honda N One, Daihatsu Mira, Honda Zest and the Suzuki Wagon R.

Best Car in this price. It is much better than Suzuki Mehran, Alto etc.The only issue is it's low re-slae in Pakistan. Otherwise it's stylish, best car. I am using it and I am much satisfied. I rec...

best small car for family no issue at all if u keep with care parts are bit expensive because of low demand you are getting alloy rims,power steering ,power windows,great dashboard,good fuel aver...

END_OF_DOCUMENT_TOKEN_TO_BE_REPLACED 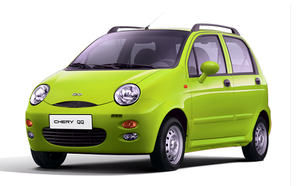 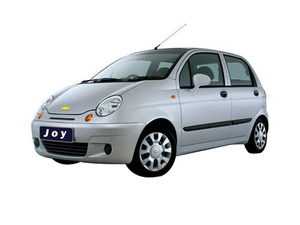 Chery QQ for Sale in Pakistan

END_OF_DOCUMENT_TOKEN_TO_BE_REPLACED

What is the minimum price of a used Chery QQ in Pakistan?

What are the variants of Chery QQ?

What is the overall rating of Chery QQ?

The overall rating of Chery QQ is 3/5 based on:

Are the QQ Car parts easily available in Pakistan?