Mazda RX-7 is the little Japanese two-seater sports car that was something of a game-changer. There were a total of three Mazda RX-7 generations named FB, FC, and FD. The first generation, FB Mazda RX-7, was launched in 1978. The second generation, FC Mazda RX-7, replaced the first one in 1986. The third generation, FD Mazda RX-7, came in 1993. The last RX-7 unit was rolled out in 2002 before the famous sports car was taken out of production.

All three Mazda RX-7 generations were imported in Pakistan. FC and FD are still popular among young car enthusiasts. Today, the RX-7 is a rare beast, only available in used car options.

The car was powered by an unconventional rotary engine that gave it incredible speed. RX-7 was also a very stylish and modern car, a pleasure to drive and look at. On top of everything, it was affordable, allowing more sports car lovers to get behind the wheel.

The original FB RX-7 was a light and compact sports car that became a hit among young buyers. The FC model was larger and heavier than FB, but it failed to entertain its lovers. Mazda then brought back its lightweight roots with the third generation, the FD model.

Mazda RX-7 had the most striking designs to come out of Japan. Its slow-slung, shrink wrapped bodywork was something to admire. The car might be small, but its curves made sure it got the presence. Smoked tail light making a dramatic statement, while the pop-up headlights were proper 90s nostalgia.

RX-7 was even more premium on the inside than the outside. Comfortable seats with leather upholstery, air conditioning, electric windows, and powered mirrors were some things to talk about. The steering wheel was quite big with beautiful stitching that went around the handbrake and gear knob.

The view through the windscreen was all about the car’s beautiful curves. Everywhere you looked reminded you you’re driving something special.

The latest FD series Mazda RX-7 came with a twin-turbocharged, twin-rotor 13B 1.3-liter rotary engine producing 255 hp and 295 Nm of torque with both 5-speed manual and 4-speed automatic transmission options.

Mazda RX-7 was the fastest sports car of its time with up to 18 kilometers per liter mileage in the city.

In the Pakistani market, there were two other imported sports cars other than Mazda RX-7, Toyota Supra and Mitsubishi Lancer Evolution.

Do you own a Mazda Rx7

END_OF_DOCUMENT_TOKEN_TO_BE_REPLACED 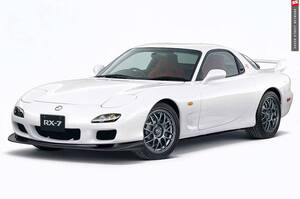 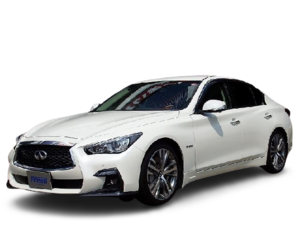