The interior of the 1994 1st Generation Mitsubishi Pajero Mini features the use of black plastic trim pieces. The front and rear seats are covered in fabric. Standard features on the XR include air conditioning, tachometer, power windows, a stereo speaker audio system and dual front airbags.  Features on the higher end VR include a traction control system and 15 inch allow wheels as standard. Features on the higher end R variant include front fog lights and a front spoiler. Features on the highest end Duke include a limited slip differential, rear windscreen wiper, rear roof spoiler as standard and privacy glass.  Options include a power moonroof and satellite navigation. The overall interior of the 1994 Mitsubishi Pajero Mini features a decent amount of space in the front but a lack of space in the rear, it also offers a below par level of comfort and interior refinement.

The Mitsubishi Pajero Mini 1st Generation can achieve an average of up to 11KM/L making for an estimated range of 473KM from the mini SUV’s 43-liter fuel tank.

The main competitors of the Mitsubishi Pajero Mini are the Toyota RAV4, Honda N Box, Suzuki Kei, and the Daihatsu Terios.

The overall rating of Mitsubishi Pajero Mini is 3.0/5.0 based on:

I've got all the history of the car saved in my Evernote which i can show you got it used and driving for over 2 and a half years fixed a lot of issues thats how i know this car very much Had a hea...

END_OF_DOCUMENT_TOKEN_TO_BE_REPLACED 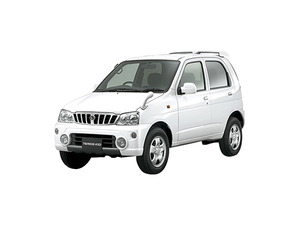