Patrol, also known as Safari, was launched in 1951. Globally, the model has had five iterations and is nearing the end of the 6th generation. The model was never sold in Pakistan by Ghandhara Nissan. As a result, current and previous generations had to be imported in Pakistan. The current generation like its previous one has been very popular among enthusiasts. Especially in the middle east, Nissan Patrol is a true icon when it comes to the modified SUV segment. A modified version of the current generation Patrol was also featured on The Grand Tour, an international motoring show, and raced against Richard Hammond.

The current generation (Y62) is being sold with multiple engine formations:

The latest generation Nissan Patrol features a redesigned chrome V-motion grille. The front also features boomerang style LED headlights and a chrome central grille. Like the front, the rear lights are integrated perfectly with the curvature featuring a boomerang design. For the first time in a Nissan, sequential turn signals are also introduced. Overall the SUV is a major leap over previous generations.

On the inside, the 8 seater SUV boasts diamond stitch quilted leather seats. The front two seats are both heated and ventilated. The infotainment panel is now divided into two separate screens with Android Auto and Apple CarPlay.

On the features side, the car is very loaded, thanks to blind spot monitoring and lane assist features. The center console is also a coolbox to keep your drinks cold in the summer heat. The instrument cluster features a 7-inch display to assist the driver by displaying all necessary information including real time navigation and trip details.

This gas guzzling SUV is not famous for its fuel efficiency. The v8 engine gives a 7 kilometers per litre fuel average.

The Nissan Patrol rivals the Toyota Land Cruiser and Lexus Lx570 in the international market. Region wise the competitors vary. Other notable competitors include Ford Expedition and Chevrolet Suburban.

Do you own a Nissan Patrol

END_OF_DOCUMENT_TOKEN_TO_BE_REPLACED 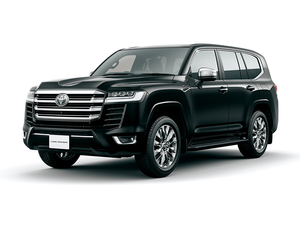 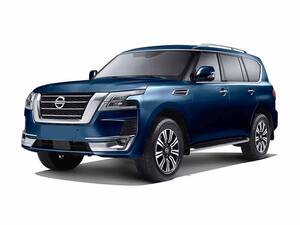 Nissan Patrol for Sale in Pakistan