Peugeot 2008 is a subcompact crossover SUV produced by the French automobile manufacturer Stellantis.

The second generation of Peugeot 2008 was released in 2019 based on PSA's new Common Modular Platform (CMP). It was announced to have five internal combustion engine (ICE) options and an electric version. The electric drive version was named e-2008 and had a 100 kW (134 hp) electric motor with a 50-kWh battery.

The Peugeot 2008 2022 comes in a striking experience with sharp lines and edges which make it stand out in a crowd. The front of the Peugeot 2008 flaunts a pair of distinctive 3-claw  signatures full LED headlamps coupled with LED daytime running lamps. The broad black grill on the front bumper gives it a bold, sporty look, complementing its sharp and aggressive appearance.

The rear bumper houses two smart LED lights which are complemented by a gloss black strip running across the rear end. A purposeful spoiler and twin chrome exhaust at the rear end complete the look.

The Peugeot 2008 also comes with a panoramic sunroof accompanied by a manual roller blind. 17-inch alloy wheels further add to the sporty personality of the subcompact SUV.

The sleek and futuristic interior of Peugeot 2008 makes it a class apart from its rivals. Covered in suede-like leather, the interior comes in soft-feel plastic which gives a luxurious look and feel. All the seats are high-mounted and comfortable, providing a clear view of the road ahead. The driver’s seat and steering wheel come with several adjustment options to increase comfort and convenience.

The instrument cluster appears in a laptop-style TFT screen. Most of the instruments are above the steering wheel and work in coordination with the central floating screen. The  7″ HD floating touchscreen provides all multimedia functions. The Peugeot 2008 comes with Apple CarPlay and Android Auto.

The parking assist and active lane keep assistance features ensure car’s safety while the car is in motion. The vehicle also comes with the smart options of road sign and speed limit recognition as well as active blind spot monitoring system for a safef driving experience. The electronic stability program further improves the ride by making handling easier.

Peugeot 2008 is a front-wheel drive which is powered by a 1.2L MPI Turbo PureTech engine. The engine has a power of 131hp at a torque of 230 Nm. The 6-speed auto transmission provides a smooth driving experience.

The new Peugeot 2008 gives an impressive mileage of 10 km/l around town and 14 km/l on the highway.

The front-wheel-drive provides a smooth riding experience as its handling is easy. Cruise control makes the ride convenient while different driving modes allow the driver to customize the ride. The smooth ride is mostly owed to the great suspension but the 17-inch alloy wheels fail to protect passengers from the shockwave ripple effect.

Peugeot 2008 2022 will be assembled in Pakistan so its auto parts will be available locally although it will take time to acquire auto parts and for the mechanics to understand the vehicle as it is a new model.

KIA Stonic comes in two variants and both compete with Peugeot 2008. The Stonic is more affordable and offers a lot more features than Peugeot 2008. Peugeot leaves Stonic behind when it comes to engine as Stonic only has a 1.4L engine.

END_OF_DOCUMENT_TOKEN_TO_BE_REPLACED 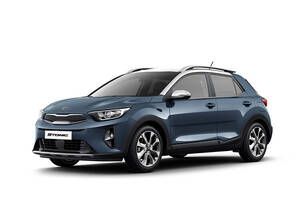 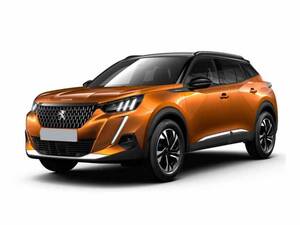 Peugeot 2008 for Sale in Pakistan