The exterior of the 2nd Generation Toyota Aygo features a very unique and very distinctive design language. The front end houses sharp sleek narrow upswept headlights with daytime running lights, a small trapezium air intake, dual daytime running light strips, a rectangular air intake and a embossed X on the front fascia. The rear end houses long narrow vertical side swept taillights, a small hatchback and an outward sticking bumper. All the variants feature identical styling apart from the x-clusiv that features a chrome X embossed on the front fascia and multiple chrome accents around the car. The overall exterior of the 2014 Toyota Aygo is very unique and distinctive especially among the Japanese cars which allows it to stand out amongst the competition. Options include a choice between 5 different rims.

The Toyota Aygo 2nd Generation can achieve an average of up to 17KM/L making for an estimated driving range of up to 595 from the compact hatchbacks 35-liter fuel tank.

The main competitors of the Toyota Aygo 2014 are the Mini Cooper, Toyota Vitz, Suzuki Wagon R, Audi A1, BMW 1 Series, Suzuki Alto and the Daihatsu Charade.

I bought my 2014 Toyota Aygo in March, 2021. I drove about 11000 miles in last 9 months. its very comfortable car with alot of features. Speed Limiter Tire Pressure Monitoring System Traction Cont...

END_OF_DOCUMENT_TOKEN_TO_BE_REPLACED 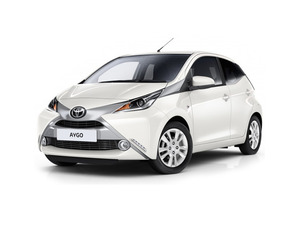 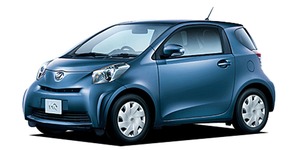 Toyota Aygo for Sale in Pakistan