Kia Picanto is a city car that was launched in 2004. It is manufactured by the South Korean automobile manufacturer KIA and is known by different names throughout Asia.

The first-generation Kia Picanto was a five-door hatchback with two petrol engine variants. Available with automatic transmission and an option of a turbocharged engine, Picanto was packed with entertainment features. Later, it received two facelifts - one in 2007 and another in 2010. The changes in the facelifts were minor, limited to exterior and interior improvements and the integration of the signature ‘tiger-nose grille'.

KIA Picanto is available in two variants: Manual and Automatic.

Having a compact design, the Kia Picanto 2022 comes with Kia’s signature tiger-nose grille in black mesh and chrome outline. The front end also houses multi-focus reflector headlamps with daytime running lights. The rear has rear combination lamps and a wiper on the rear screen. A purposeful spoiler is also present at the rear end and the rear screen comes with a defogger as well. The car also has electrically adjustable and heated side mirrors.

Both the variants of Kia Picanto 2022 have comfortable interior space for five passengers. Motor driven power steering with electronic power steering and is two-spoked. The steering is tilt - adjustable and has tripmeter steering control. The instrument cluster displays tachometer, tripcomputer & manual transmission shift indicator. The rear seats have headrests, seatbelts for all three passengers and ISOFIX availability.

The Picanto comes with MP3 Integrated with radio, AUX, USB, digital clock, bluetooth audio, and call function as standard features. Both the variants have 4 speakers for a satisfactory audio experience. A 9-inch LCD player is available as an option.

Other standard features include cupholders, assist grips, 12 volts interior accessory socket, ashtray and sunglasses holder. There are lamps in the overhead console, gear clutch foot, glovebox, luggage area and in the front passenger foot area. There is also a luggage box under the front passenger’s seat. The rear seats can split 60/40 to provide more storage space.

The Picanto supports folding-type keyless entry. It also comes with an immobilizer for security. It has the features of central door locking and burglar alarm & security system. The front seats also have airbags. It further has a manual air conditioning heating system. It makes driving easier with the help of Anti-lock braking system (ABS).

Kia Picanto 2022 has a mileage of 12-15 km/l which is much less compared to its competitors in the same engine displacement bracket.

The new Kia Picanto 2022 is easy to handle and has good visibility. It does not have any visibility blindspot which makes driving easier. The car’s pick is slightly sluggish but that is normal for a 998cc engine. The car’s suspension is outstanding and absorbs all kinds of shocks while driving through the city. The handling of the car is easy and remains stable during turns even at high speeds.

The maintenance of Picanto is not that difficult as it is locally assembled in Pakistan although its auto parts are expensive.

Kia Picanto competes with Suzuki Cultus and  Suzuki Wagon-R in the Pakistani market.

Suzuki has kind of a monopoly when it comes to Pakistan’s hatchback market. The company has a strong goodwill in the country and a well-established consumer base. That is why, Picanto faces extreme competition with Suzuki’s most affordable and value-for-money vehicle - Cultus. Cultus has a slightly more spacious interior and is more fuel efficient than the Picanto. On the other hand, Picanto beats Cultus when it comes to modern features such as airbags, IsoFix, ABS, etc. On the downside, Picanto is more expensive than Cultus.

With almost the same specifications, Wagon-R competes with Picanto for its position in the market as an affordable hatchback. The Wagon-R is a lot cheaper than the Picanto, with a lot more interior space. On the other hand, Picanto is a feature-packed car with a lot more comfort.

This car is very pretty looking Speed is decent . Features are premium May include Mud Flaps Horn should be loud and Smooth It should have Alloy wheels and Infotainment system with Android Auto A...

i have been using this car for almost 2 years this car has great looks but the not very comfortable you can't traval on long routes it gives me about 12 to 13 average in city and 15 to 16 on long ...

END_OF_DOCUMENT_TOKEN_TO_BE_REPLACED 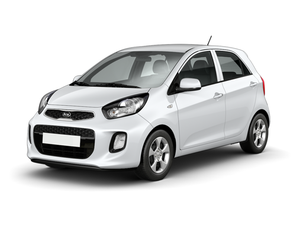 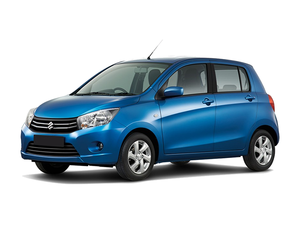 KIA Picanto for Sale in Pakistan