Toyota Indus Motor Company launched the all-new 6th generation of  Toyota Hiace Deluxe in Pakistan in August 2021. The popular Hiace model was first introduced globally back in 1967, and since then it has been widely accepted in Pakistan as well. The 6th generation of Hiace which was introduced in the Philippines earlier this year now makes its way to the auto sector of Pakistan. For the very first time, the auto manufacturer has brought a redesigned version of Hiace as it now comes with a semi-bonnet style. Toyota Hiace 2023 is powered by 1GD-FTV 16-Valve DOHC 4-cylinder 2.8L diesel engine. With in-line cylinders arrangement, it has a direct injection fuel system in all its variants. With Euro II as an emissions standard, it ensures to keep the environment much cleaner. The 2755 cc Toyota Hiace with a compression ratio of 15:6 has a powerful engine that can produce a maximum power of 130 kW at 3400 rpm in the deluxe standard roof commuter model. In the rest of the two, it produces 115 kW at 3600 rpm. A maximum of 420 Nm torque can be achieved at a maximum of 2600 rpm. The commuter models of Toyota Hiace come with a manual transmission whereas the tourer variant is automatic.

END_OF_DOCUMENT_TOKEN_TO_BE_REPLACED

stylish comfortable 13 km per liter to 20 km per liter its is good for business and family luxury attractive and comfortable drive. good speed and easy control full automatic system and is good car...

Transport Van with styles from Toyota

Looks are beautiful Interior is very spacious, good height. Lots of space in the rear for cargo/luggage. There could have been folding seats to add the seating capacity of only 10 persons at pre...

END_OF_DOCUMENT_TOKEN_TO_BE_REPLACED 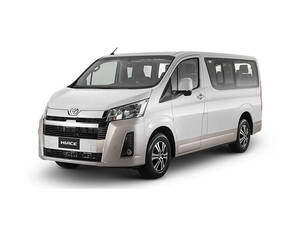 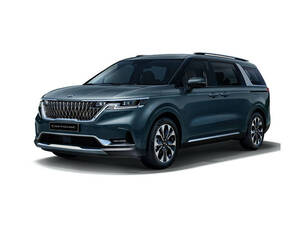 Toyota Hiace 2023 for Sale in Pakistan

END_OF_DOCUMENT_TOKEN_TO_BE_REPLACED 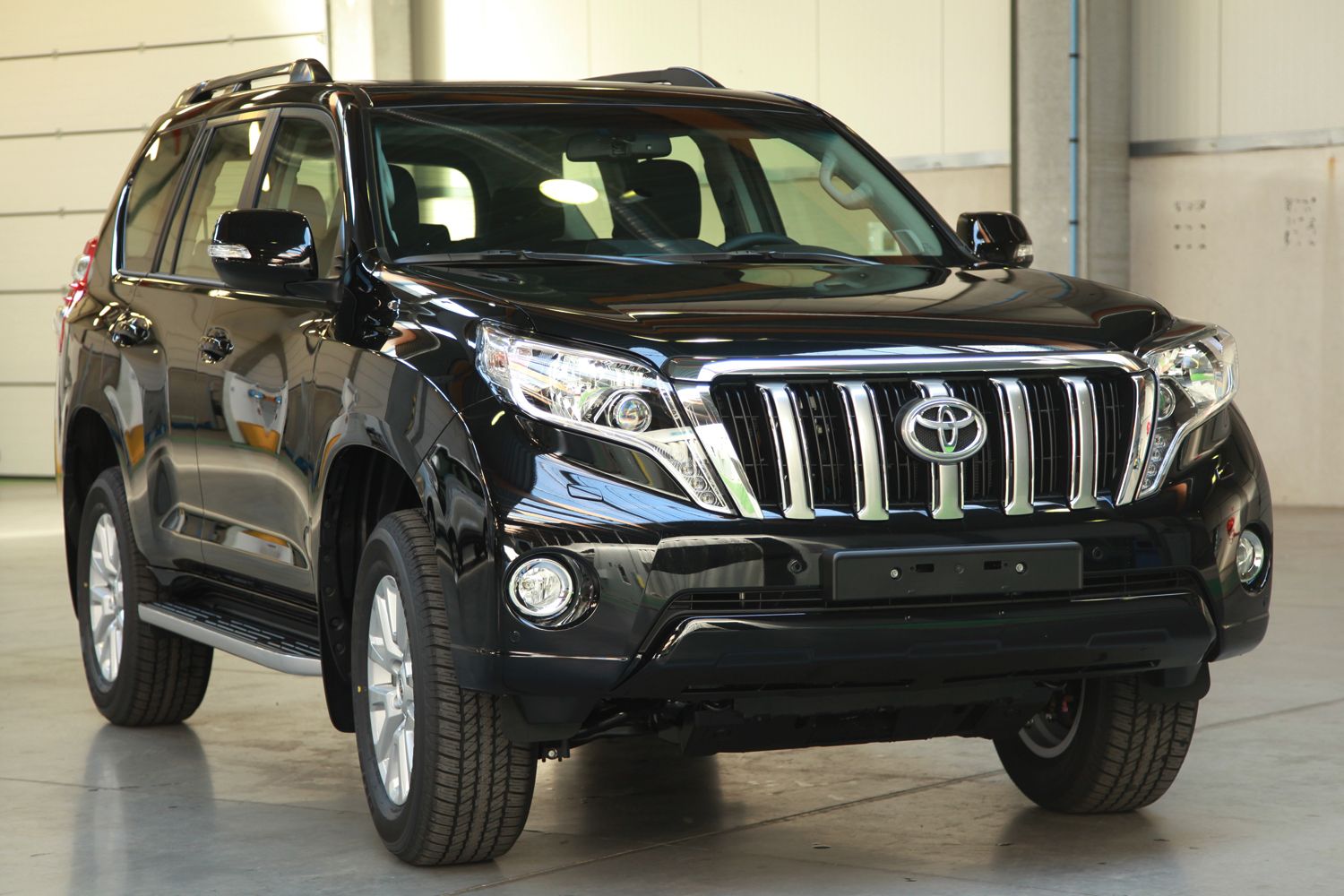 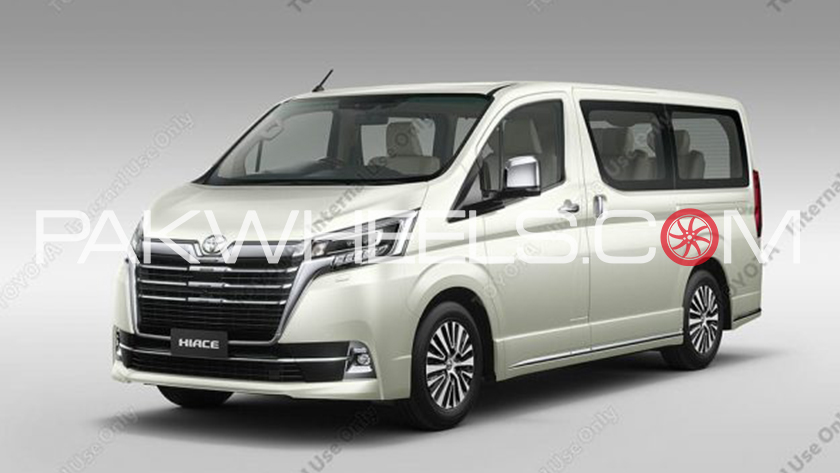 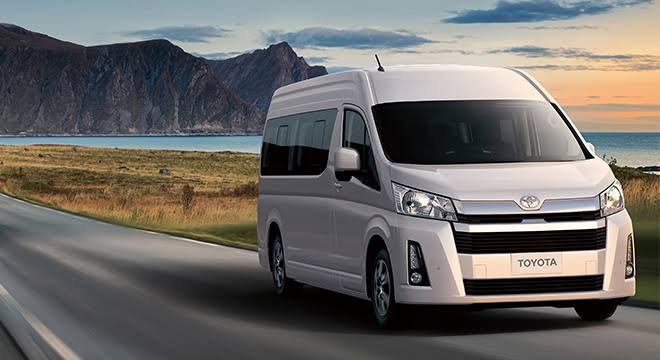 Toyota Hiace has entered in its sixth generation which was first launched back in 1967. It is a popular commercial van in Pakistan which offers ample passenger and cargo space. The sixth generation of the Toyota Hiace is more aerodynamic, and sleeker compared to the outgoing model. The new Hiace comes with an automatic transmission. The new Toyota Hiace is available in three models in Pakistan. The GL Tourer Delux, Delux High Roof, and Standard Roof. The fully loaded model, GL Tourer Delux, is available in PKR 8,090,000. Exterior At the front, there are huge halogen headlamps to give the vehicle a bold and aggressive presence on the road. Moreover, the front bumper integrates LED foglamps, and there is a big chrome grille to give a premium look to the new Hiace. The front bumper also contains two tow hooks. The exterior design is semi-bonnet, which is the first time Toyota has introduced in its best-selling van. The new Hiace comes with a 2.8L turbocharged engine with an intercooler to enhance the fuel efficiency of the vehicle. The same engine is being used in the Toyota Hilux Revo and Toyota Fortuner. It is a powerful engine to move a big vehicle like Hiace smoothly. The side mirrors are fitted with supplementary mirrors that aid the driver in parking by providing downside visibility. The new Hiace comes with 16-inch wheels and imported Bridgestone tyres. To make it easier for the passengers to move in and out of the vehicle, Toyota has given an auto sliding door to the new Hiace. At the rear, there is a chrome strip that is below the Toyota emblem. The new Hiace is boxier in shape from the rear with huge taillamps. There are a wiper and washer for the rear window and a high-mounted brake lamp. Interior The interior is lined with a printed floor carpet to improve the feel of the cabin. Moreover, the new Hiace comes fitted with two-toned leather seats. The legroom for passengers is also ample, and an armrest is also given for every passenger. This improves the comfortability aspect of the new Hiace. There are grab handles, cup holders and hooks to hang things at the back of every seat. If you are carrying electronic devices, you can easily charge them with USB ports provided in the new Hiace. Every seat in the new Hiace is also fitted with a seat belt to enhance the safety of every passenger. There are air-conditioning vents for every passenger. There is a total of six speakers fitted to the audio unit in the new Hiace. Apart from central interior lights, reading lamps are also provided to be used at night. As far as seating capacity is concerned, there are configurations of 14, 15, and 17 seats depending upon the model you are aiming for. At the front, there are two airbags and central console box with an armrest. There is a 12V socket to charge electronic devices. ﻿ Tell us about your opinion of the new Toyota Hiace in the comments section below. Do you like the new semi-bonnet shape compared to that of the previous model? Stay tuned for more content on reviews of popular vehicles in Pakistan.

The all-new 6th gen Toyota Hiace has been launched in Pakistan!

What is the price of Toyota Hiace 2023 in Pakistan?

What is the mileage/fuel average of Toyota Hiace 2023?

What is the top speed of Toyota Hiace?

What are the variants of Toyota Hiace?

What is the overall rating of Toyota Hiace?

The overall rating of Toyota Hiace is 4/5 based on:

Are the Hiace Car parts easily available in Pakistan?