The interior of the Suzuki APV 2021 compromises of beige and black plastic trim pieces. The front and rear seats are covered in beige fabric. Standard features include air conditioning, 4-speaker 2 tweeter stereo speaker system, power windows, power steering, power lock doors and a tachometer. The overall interior of the Suzuki APV 2021 offers a good amount of interior space for a MPV of its exterior dimensions and it also offers a decent level comfort.

The Suzuki APV 2021 can achieve an average of 9KM/L making for an estimated driving range of 414 KM from the MPV,s

The main competitors of the Suzuki APV 2021 are the Toyota Probox, Toyota Corolla Axio Fielder, Mitsubishi Ek, and the Airwave Honda and other 7 Seater Cars.

Cons
Overpriced.
No ABS.
No Airbags. 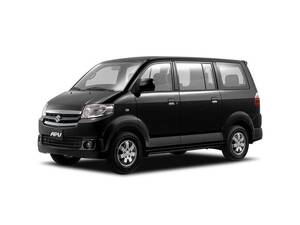 Apv lover u will not find a apv like this

I wana sale my apv just like brand new 2017... I love this van the powerful engine the dual ac I love it..white colour 23k driven seeing is believing... Van is total genuine not a nut have been cha...