The interior of the 2007 Toyota IST features the use of black plastic trim pieces. The front and rear seats are covered in fabric Standard features include air conditioning, power windows, power steering, power lock doors, power mirrors a stereo speaker system, trip computer and a tachometer. Features on the higher end 150 X and 180 G include automatic climate control and satellite navigation, while the 180 G also features leather upholstery. The overall interior of the 2nd Generation Toyota IST features a good amount of interior space for a subcompact hatchback of its exterior dimensions.

The Toyota IST 2007 is able to achieve an average of up to 15KM/L making for an estimated driving range of up to 675KM from the subcompact hatchbacks 45-liter fuel tank.

The main competitors of the Toyota IST 2nd Generation are the Suzuki APV, Nissan March and Honda Fit.

Do you own a Toyota IST

END_OF_DOCUMENT_TOKEN_TO_BE_REPLACED 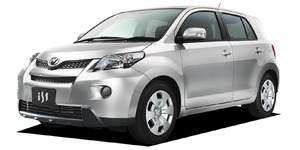 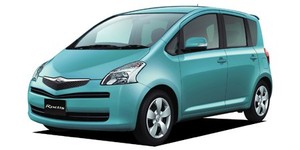 Toyota IST for Sale in Pakistan

END_OF_DOCUMENT_TOKEN_TO_BE_REPLACED

What is the minimum price of a used Toyota IST in Pakistan?

What are the variants of Toyota IST?

What is the overall rating of Toyota IST?

The overall rating of Toyota IST is 5/5 based on:

Are the IST Car parts easily available in Pakistan?