The exterior of the Toyota Platz 1st Generation features a unique design language. The front end houses angular side swept trapezium styled headlights, a small black grille, an outward sticking bumper and a large rectangular air intake. The rear end houses angular styled taillights and an outward sticking bumper. Both the 2-door coupe and 5-door sedan feature near-identical styling apart from the fact that the 5-door sedan versions is slightly longer and has a less sloping rear roofline in order to accommodate the rear doors. The overall exterior of the 1999 Toyota Platz features a very curved and angular design language that enables it to stand out among the cars released in its time period.

The interior of the Toyota Platz 1999 features the use of gray plastic trim pieces. The front and rear seats are covered in fabric. Standard features include air conditioning, power windows, power lock doors, power steering, power windows and a tachometer. Features on the higher end X variant include fully automatic climate control, aluminum wheels and wood paneling. Options include a sunroof and satellite navigation. The overall interior of the 1st Generation Toyota Platz offers a decent amount of interior for a subcompact sedan of its exterior dimensions, it also offers a good amount of comfort and refinement.

The 1st Generation Toyota Platz can achieve an average of up to 15KM/L making for an estimated driving range of up to 675KM from the compact sedans 45 Liter fuel tank.

Exterior is fairly designed. Headlights look nice but the curves on the sides look ugly. Rear lights look ugly too. Otherwise exterior is nice.Bonnet is fairly sized. Its not very big nor very smal...

END_OF_DOCUMENT_TOKEN_TO_BE_REPLACED 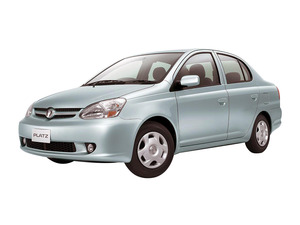 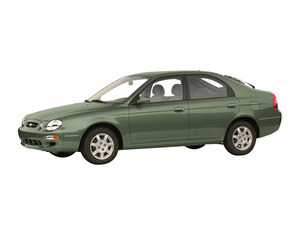 Toyota Platz for Sale in Pakistan