The exterior of the 1989 Toyota Starlet features a fairly restrained and minimalistic design language. The front end houses rectangular styled side swept headlights, a small narrow rectangular black grille, dual air intakes and an outward sticking bumper. The rear end houses angular trapezium styled side swept taillights, an outward sticking bumper and a standard case hatchback. The 5-door hatchback features identical styling apart from the fact that it is very slightly longer in order to accommodate the rear doors. All variants of the Toyota Starlet feature identical styling. The overall exterior of the 4th Generation Toyota Starlet features familiar styling for a hatchback designed in the late eighties.

The interior of the 4th Generation Toyota Starlet features the use of black plastic trim pieces. The front and rear seats are covered in fabric. Standard features include a tachometer and a stereo speaker system. Options and features on higher end models include front sports seats, sunroof and air conditioning. All aspects of the Toyota Starlets limited interior controls are also finished in black plastic and operated manually. The overall interior of the 1989 Toyota Starlet features a lack of interior space for a hatchback of its exterior size, it also lacks interior comfort and refinement.

The Toyota Starlet 4th Generation can achieve an average of up 11KM/L to making for an estimated driving range of up to 495KM from the 45-liter fuel tank.

The overall rating of Toyota Starlet is 4.0/5.0 based on:

One of the few EP82 GT Turbo starlet. Completely converted to Gt from exterior and interior. Engine setup is a 4efte which comes from factory in Gt. It is a turbine powered boosted engibe with a di...

END_OF_DOCUMENT_TOKEN_TO_BE_REPLACED 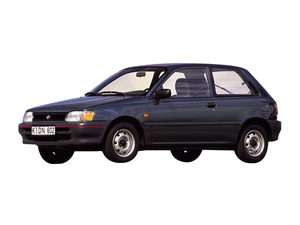 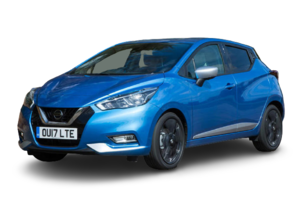 Toyota Starlet for Sale in Pakistan

END_OF_DOCUMENT_TOKEN_TO_BE_REPLACED

What is the minimum price of a used Toyota Starlet in Pakistan?

The minimum price of a used Toyota Starlet is PKR 180000

What are the variants of Toyota Starlet?

What is the overall rating of Toyota Starlet?

The overall rating of Toyota Starlet is 4/5 based on:

Are the Starlet Car parts easily available in Pakistan?