United Bravo is an 800cc hatchback launched by the Pakistani automobile manufacturer United Auto Industries in September 2018. The company is the second-largest motorcycle manufacturer in Pakistan. United Bravo, a rebadged version of Dahe 350 was launched after the discontinuation of Pakistan’s favorite car Suzuki Mehran and it shares several features with Mehran.

The new United Bravo 2022 comes with an overall stylish look. The front of the car houses a minimalistic grille with multi-reflector crystal headlamps coupled with front fog lamps which is a new addition in 800cc cars in Pakistan.

The side mirrors of Bravo are body-colored, foldable and the fuel lid is lockable. The top of the car also has a shark fin antenna. The boot space in the car is not exceptional and the rear seats cannot be folded to increase boot space.

The interior of United Bravo 2022 is comfortable with fabric-wrapped seats. The front seats have adjustable headrests and have the feature of reclining and sliding. The front seats also have seatbelts for safety. There is ample legroom and headspace in the front seats making it easy for the driver and passenger to get in and out of the car. The rear seats have ample headspace but legroom is very minimal making it difficult for adults to sit in for long trips.

The steering wheel in United Bravo is power steering and comes with a steering lock. The company has used wooden teak and silver color on the dashboard, steering wheel, and doors. It has a large size infotainment screen with Bluetooth, AUX, SD Card, and all other basic features. The Bluetooth connectivity is excellent; however, the sound quality of the audio speakers is not at par.

The quality of Bravo’s speedometer is very good and provides all the basic information and features including analog RPM and speed meter, digital speed meter, fuel average, trips, and car heat. Similarly, it also gives you a seatbelt warning along with reverse light. The center console has a cigarette lighter, USB, and AUX slots.

United Bravo comes with central locking and power windows. The window control buttons in the car glow in the dark making it easily accessible in the dark. The car also has an air conditioner. Other standard features include sun visors, cabin lamps, two cup holders, and auto-reclining coat hangers. United Bravo also has a rearview camera.

United Bravo is an easy-to-ride car. Four passengers can easily enjoy long trips in this car as it has no issues with ground clearance. One downside of Bravo is that it vibrates at high speeds. It also has some body roll which does not make it suitable for driving on the highway.

The maintenance of United Bravo is easy. Its auto parts are easily available everywhere and are affordable.

United Bravo competes with Prince Pearl which is also a new car and shares several features with the Bravo. Pearl has similar engine power, same mileage, and almost the same interior features which makes it a strong competitor for United Bravo. It has also been launched recently so its resale value is similar to that of the Bravo.

Suzuki Mehran has been discontinued in Pakistan but it has been a consumer favorite for a long time. United Bravo was launched as a replacement for Mehran and has a lot more features than Mehran such as power windows, rear camera, keyless entry, and fog lights.

Suzuki Alto is another strong competitor for United Bravo. With its exceptionally good mileage and larger dimensions, Alto supersedes Bravo. It also falls in the same price range as that of Bravo which makes it an even stronger competitor.

I purchased bravo in February 2021. Its AC is wonderful. Body is very heavy as compared to Mehran. Fuel average is 16 on long. All features are good but only one drawback, its back seat is too much...

BEST CAR IN THIS BUDGET MUCH BETTER THAN MEHRAN

THIS CAR IS GOOD STARTING 1000 KMS ME MUSHKIL HAI AFTER PLUG CHANGING AVERAGE IS GOOD 12 TO 13 KM/L IN CITY WITH AC.AC PERFORMANCE IS SATISFACTORY VERY GOOD CAR PARTS ARE AVAILABLE AT DEALERSHIP BU...

END_OF_DOCUMENT_TOKEN_TO_BE_REPLACED 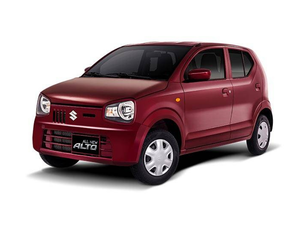 United Bravo for Sale in Pakistan