The exterior of the 2nd Generation Fiat Uno features a fairly restrained and minimalistic design language. The front end houses slim narrow rectangular styled side swept headlights, a rectangular styled grille with 6 inlets, and an outward sticking bumper. The rear end houses square side swept angular taillights, a standard case hatchback and an outward sticking bumper. The 5-door versions feature identical styling to the 3-door versions except that it is slightly longer to accommodate the rear doors. All variants of the Fiat Uno feature identical styling except for the higher end Turbo and SL variants that also feature body-colored front and rear bumpers, the Turbo also features Uno Turbo black lettering on both the lower sides of the car. The overall exterior of the 1989 Fiat Uno features familiar styling for a hatchback designed in the late eighties.

The interior of the 1989 Fiat Uno features the use of black plastic trim pieces. The front and rear seats are covered in fabric. Standard features include a tachometer and a 2-speaker stereo audio system. The higher-end SL version features air conditioning as standard while the Turbo variant features  red accents all over the interior including the seat cover design, the dashboard, the steering wheel and the door trim. The overall interior of the 2nd Generation Fiat Uno offers a decent amount of interior space for a car of its compact exterior dimensions.

The Fiat Uno 2nd Generation is able to achieve an average of up to 11KM/L making for an estimated driving range of up to 440KM from the compact hatchbacks 40 liter fuel tank.

The main competitors of the Fiat Uno 1989 are the Suzuki Mehran and the Suzuki Cultus.

Do you own a Fiat Uno

END_OF_DOCUMENT_TOKEN_TO_BE_REPLACED 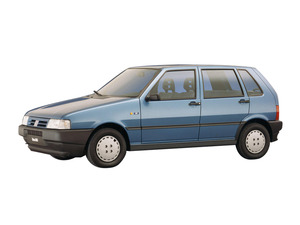 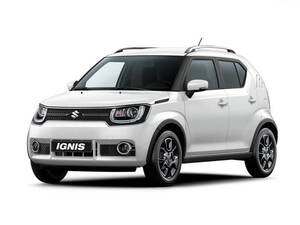 Fiat Uno for Sale in Pakistan