The prices of a Prince Car in Pakistan start from PKR 13 Lac for a new Price Pearl. There is currently only 1 new car model available at Prince dealerships across Pakistan.

Regal Automobiles Industries Limited (RAIL) has partnered with DFSK of China to assemble and sell vehicles in Pakistan under the brand name ‘Prince’. Regal Automobiles got the Greenfield status under the Automotive Development Policy (ADP) 2016-2021. The company launched its first car in 2020 and called it the Prince Pearl. 800cc Pearl Pearl is an affordable hatchback of Pakistan and RAIL brought it in the country to “reshape” Pakistan’s automobile industry. Prince Pearl was well received in the local auto market. The car went head-to-head with United Bravo to take the market share vacated by the Suzuki Mehran. It’s fair to say that Pearl got where it wanted to, as many people choose it over Bravo.

RAIL is Pakistan’s third largest motorcycle manufacturing brand. Regal Automobiles acquired the Greenfield status under the Auto Policy 2016-21 and joined hands with a Chinese car manufacturer in 2017. Dongfeng Sokon, aka DFSK, is a joint venture between two Chinese industrial giants: Chongqing Sokon and Dongfeng. DFSK is a big name in the Chinese automobile industry. The company produces a wide range of carrier vans and passenger vehicles. Together, RAIL and DFSK have started an auto brand in Pakistan — PRINCE.

The first product of Prince Pakistan debuted in 2020. It was the 800cc hatchback the Prince Pearl. At that time, the company also revealed its plans to launch an automatic and an electric variant of the Pearl hatchback. But the local market has not heard from Regal Automobiles since the launch of manual Prince Pearl.

Performance and Technology in Prince Vehicles

Pearl is the only Prince car seen in the Pakistani market. Although the car has beaten the United Bravo in build quality and technology, Pearl lags behind its Suzuki rivals in both performance and technology.

Prince Pearl is a mixture of two Changan cars –the Bennu and BenBen Mini. It comes with an 800cc EFI engine that produces 40hp and 60.6Nm torque. The car has all the standard features found in the other 800cc hatchbacks. Power steering, power windows, central locking,  touch screen infotainment system, 13-inch alloy wheels, and fog lamps are a few to name. Pearl has a warranty for 60,000kms or 3 years; whichever comes first.

Prince Pearl is available for sale at 3S dealerships across Pakistan. At PakWheels, users can view hundreds of used options of this affordable Prince hatchback.

Stylish exterior with high quality and premium look. Interior is out class and turly looks like a luxury vehicle. handling is quite easy and comfortable. Drive is excellent. It is level 2 autonomou...

this car is good

handling is also good . fuel consumption is normal. car comfort is very good car upto 160 handling is good feel like quality is so good. thats why i like this car . so i suggest you to buy this car...

END_OF_DOCUMENT_TOKEN_TO_BE_REPLACED 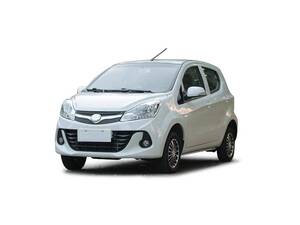 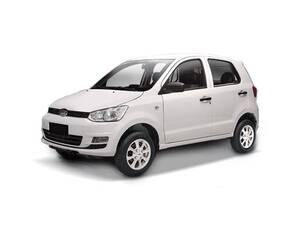