Honda started its journey of producing bikes back in 1955 and has been at its pinnacle since then. In the year 1960, Honda captured a great share of the market of the United States and In 1982, Honda was the only company with a production volume of 550000 motorcycles per annum. Honda Japan has its production units all over the world and Honda is among the top market share holder in almost every market in the world due to the availability of bikes in every segment. Honda Japan is dealing with the following categories Supersport, Sport Touring, Touring, Adventure, Street, Custom bikes and Scooters.

Atlas Honda is a joint venture between the Atlas group of companies and Honda Motor Company, Japan. Atlas Honda is the largest motorcycle manufacturer in Pakistan, having the highest market share due to its trustworthy products. Atlas Honda was established in 1992 and since then Honda has launched the most iconic bikes in the history of Pakistan, prime examples are Honda CD 70 and Honda CG 125. Honda is undoubtedly the first choice in the mind of motorbike users in Pakistan due to its reliable products and good resale value. Atlas Honda is offering these bike models in Pakistan.

CG125 needs no introduction in Pakistan. But Honda Pakistan managed to just renew the graphics and sell the same old model again for years until mid 2012. They cranked up the rpm on this one with h...

I am a Satisfied customer

Look n Feel: Stylish bike, you Feel height sitting position as compare than other bike Fuel Economy: Depends on driving style, drive below 60 KmpH will give you 60+ Average per liter If u Driv...

END_OF_DOCUMENT_TOKEN_TO_BE_REPLACED 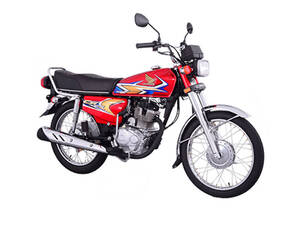 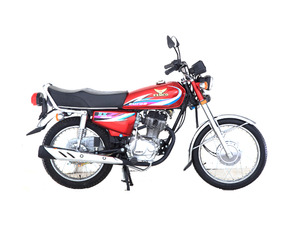 END_OF_DOCUMENT_TOKEN_TO_BE_REPLACED

Honda for sale in Pakistan