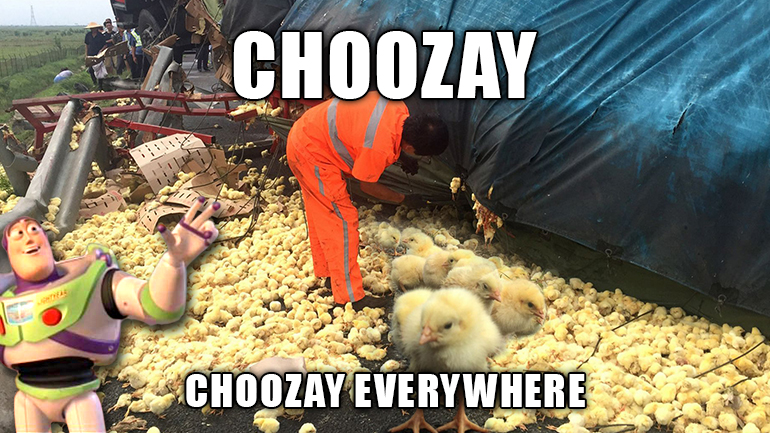 With the already shaken economy of the mighty China, there is something to add to it more. Probably it is not going to make a huge difference to the economy but surely a huge loss for individuals involved in it.

A vehicle carrying thousands of little chicks in Shandong, an eastern Chinese province, rolled over causing immense pain and loss to the owner; although nearby citizens had a good time. Thousands of fluffy little choozay landed on to the road and the grass nearby, probably a new home for many of them.

The truck rolled over while traveling along an elevated roadway in the Shandong province. Luckily it was not the chemicals this time otherwise it would have turned out to be environmental disaster. Few thousands chicks will always be preferred than chemicals.

As soon as the truck rolled over, citizens nearby gathered and participated in the event, not helping the owner but themselves. Collecting and taking the chickens to their respective homes as they knew that it is just a matter of few months that these cute little birds will turn into full size chickens. In the photos down below, you can see people collecting them in boxes and sacks.

With some generous enough to collect and return it to the owner, the parties involved surely had to face a loss. Sadly, many of them died because of the accident but still thousands of them survived the crash. 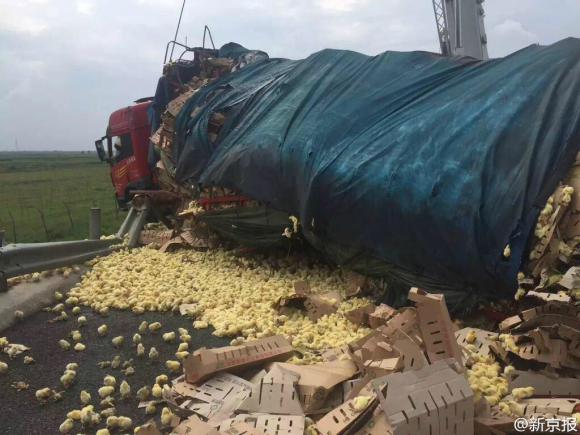 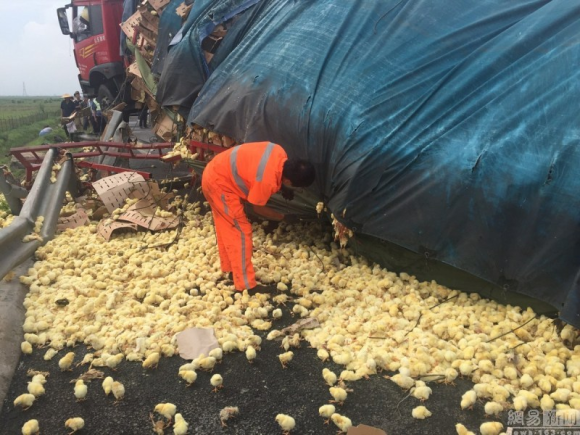 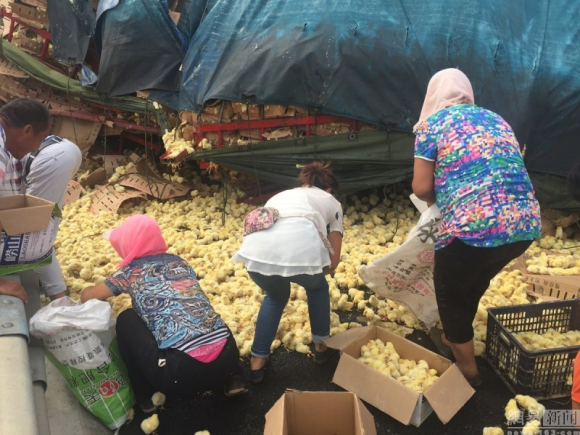 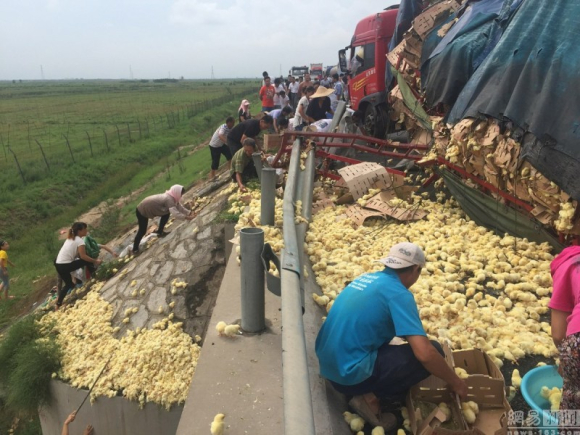 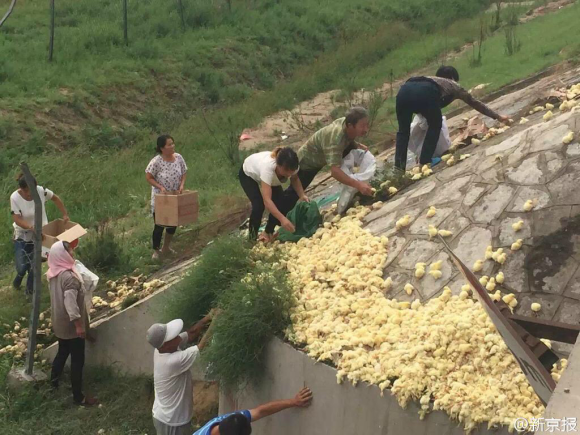 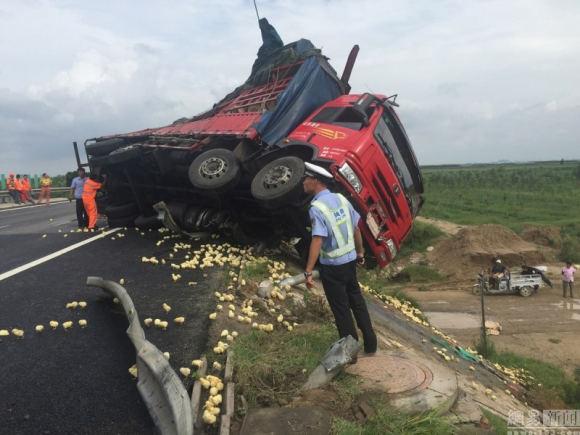 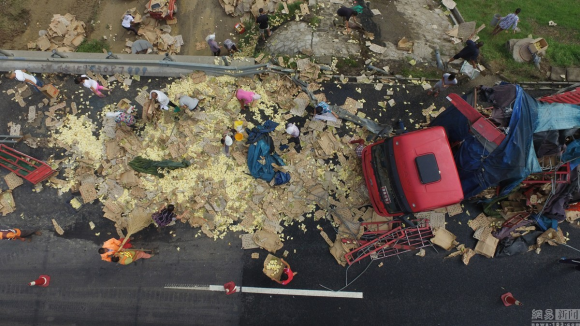