AWD vs 4WD Systems – How they are Different and How they Work!

All-wheel drive, four-wheel drive, soft roaders, crossover, and sports utility vehicles; never have there been so many options for people keen to get out of the comfort of their homes to explore the parts of their surroundings off the paved roads. So it is okay if you feel a little overwhelmed while finding and choosing the best type of platform for your off-roading needs. However, there are only two driveline systems when it comes to going off the road; all-wheel drive and four-wheel drive systems.

Four-wheel drive is the older of the two systems. Like its name implies, four-wheel drive is a system that sends power to each wheel for maxima traction. It works through a complex mechanical system called a transfer case. Typically, four-wheel drive systems are found on off-road focused vehicles like pickup trucks or off-road SUVs, like Toyota Hilux or Mitsubishi L200, and Nissan Armada or Toyota Land Cruiser SUV. 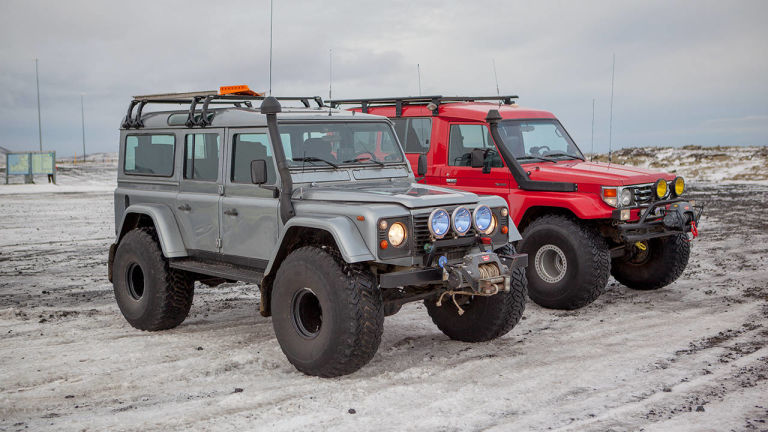 But unlike all-wheel drive, 4-wheel drive, which is also known as ‘four by four’, it is not on all the time. Under normal conditions only the rear wheels drive the vehicle forward while the front wheels spin freely. To activate a modern 4 wheel drive system, the driver has to push a buttons or maybe pull a lever to engage it. In many 4-wheel drive vehicles, mostly the old ones, you have another gear stick in the vehicle with symbols like 4H, 2H, or 4L on the gear knobs. These are the different driving modes and you manually select the type of mode you want your vehicle to be in. But the new 2017 Suzuki Vitara is one of those modern 4WD vehicles where you only need to push a button to engage or disengage four-wheel drive system instead of an additional lever. Or the new second generation Toyota Fortuner, where you get a transfer switch knob for changing between 2WD and 4WD (H4 or L4). 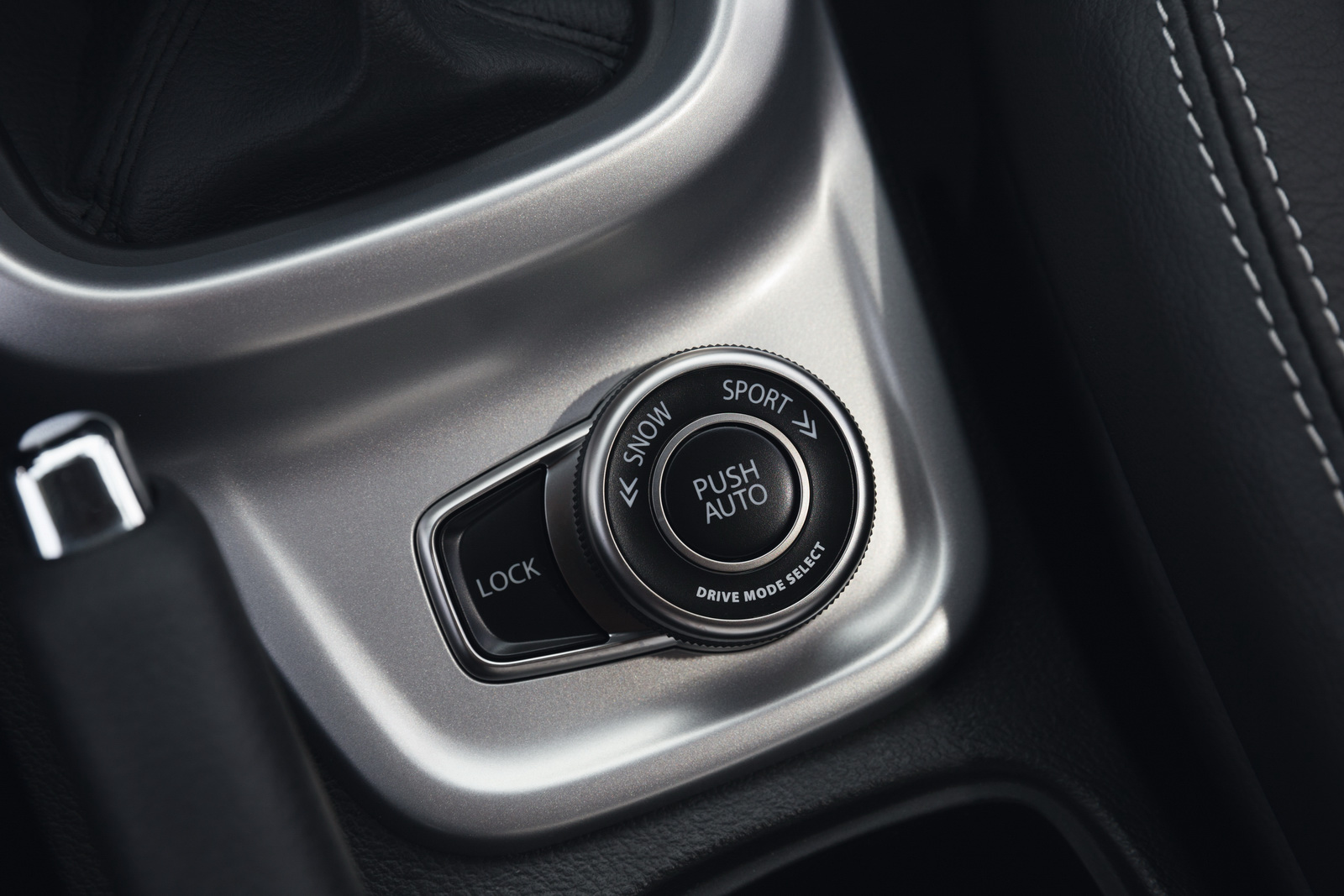 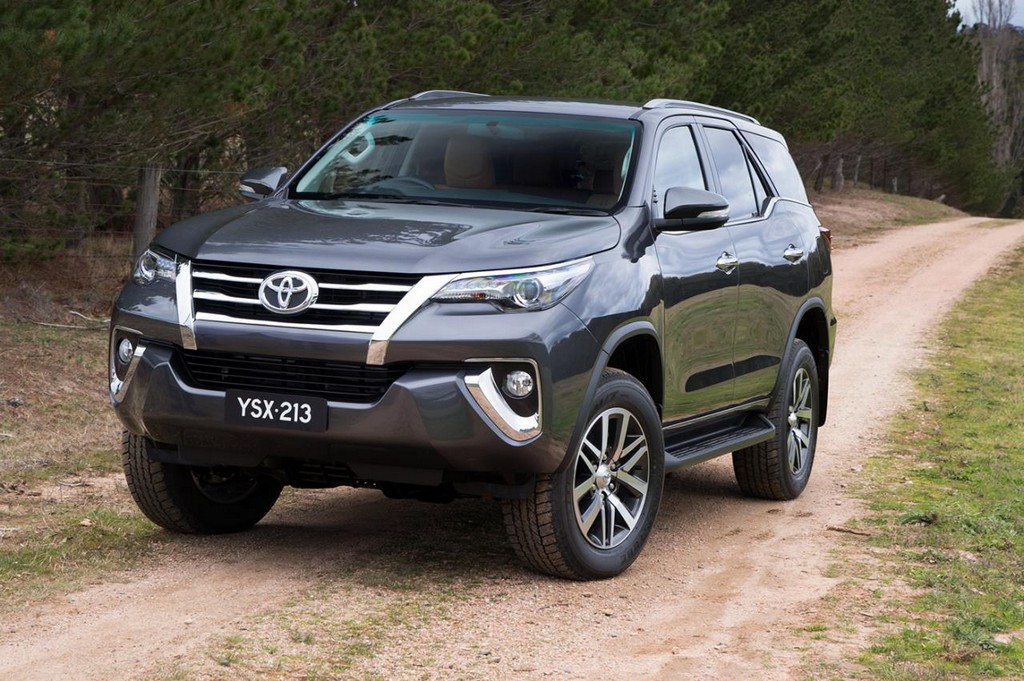 So you might be thinking what advantage does it have over all-wheel drive system? Well in extreme conditions, 4 wheel drive system provides more tractions and fine control by the driver allowing the vehicle to surmount tough obstacles. 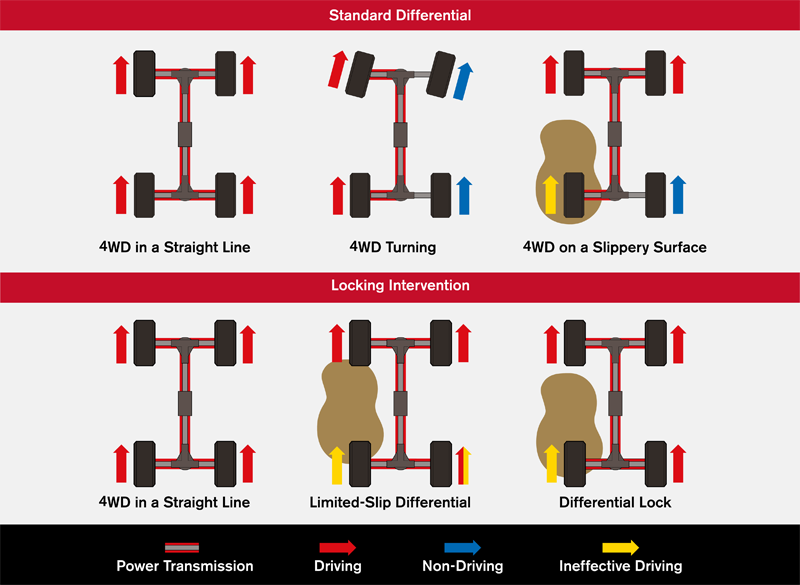 But on the other hand, four-wheel drive is complicated, heavy and doesn’t work very well at high speeds. But put your vehicle in the deep snow, rugged off road terrain or muddy conditions, it is tough to beat a four-wheel drive system.

All-wheel drive system is fairly recent technological addition to automobile mechanics and it’s mostly used in cars instead of the sports utility vehicles. All-wheel drive system is active all the time and a computer looks over this system. Just going down the highway the system sends most of the engine’s power to the front or rear wheels, depending on the design of the driveline, for maximum fuel efficiency. If traction degrades, the system automatically adapts, to more evenly distribute the power to all the four wheels. The driver doesn’t have to do a thing and the traction is almost instantly improved. Like there are mechanical differential in 4-wheel drive systems, you have electromagnetic coupling in all-wheel drive vehicles. The computer controls this dynamic torque control system for best possible traction on various sorts of driving conditions. The system is quite complex but to put is simply, the computer takes input from different components, like the throttle position, speed of the vehicle, and tire slippage, and then adjusts the required power to drive the car. Also, the applied torque can vary in all-wheel drive vehicles from front to rear and side to side. Since it is the computer that is controlling the vehicle driveline, it can independently and separately apply torque, or brake, to all four tires for maximum traction. You cannot disengage a typical all-wheel drive system (although there are some exceptions).

So there it is folks, the main difference between both driving platforms. Keep in mind that automakers constantly keep on improving their cars by innovative new ideas and clever systems. Newer sports cars what use hybrid systems use a combination of various electric motors and petrol engine for maximum performance and greater traction. But those examples, however, do not apply to your regular run of the mill, family all-wheel drive vehicles that you can buy off the shelf. Although their systems are smart in their own right, they of course can’t match high end exotics.

At the end, to sum it all up, you can put it this way; all-wheel drive systems are great for improving traction under slick conditions such as snow, ice or wet roads and even in racing. But it’s not designed to crawl your Subaru or Audi over a field of boulders or mud bogs. That is simply four-wheel drive system’s territory.