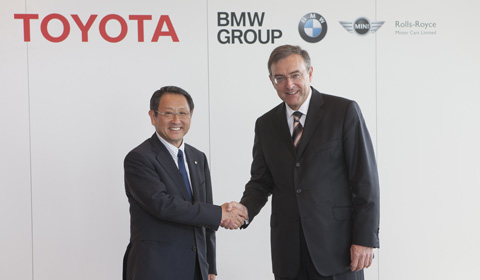 The annual study was performed amongst the strongest companies of various industries where Toyota overtook BMW. Toyota’s brand value in 2013 reached $24.5 billion (EUR19 billion), a 12 percent increase, with most of the credit going to the hybrid vehicles. As for BMW, this registered a 2013 brand value of $24 billion (EUR18.6 billion), which can be translated into a decrease of 2 percent compared to last year’s figure. In the overall rankings, Toyota grabbed the 23rd spot, while BMW came right behind it at number 24.

Mercedes-Benz finished in third place in the automotive category, up 11 percent from 2012 for a valuation of $18 billion. Honda ($12.4 billion, down 2 percent) and Nissan ($10.2 billion, up 3 percent) rounded out the top five for the category. Volkswagen was the only other auto brand that finished in the top 100 overall, in 100th place. Audi made the greatest percentage gain over 2012, up 18 percent to $5.5 billion, but finished outside of the top 100.

As we slightly expected, technology companies; Apple, Google and IBM topped the overall ranking by taking the top three spots.