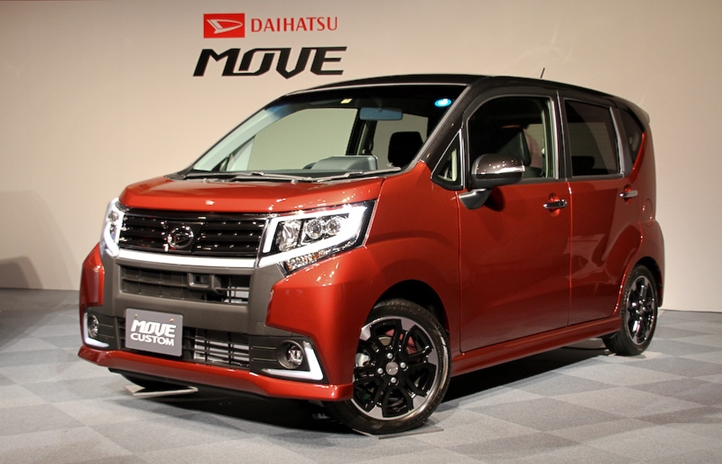 There are a number of successful Kei cars from Japan which need no intro. In the highly dense Kei segment cars like Daihatsu Move has proved to be a strong contender and today we bring you a brief overview of the Move 2017 model year.

Also Read: Suzuki Every in Pakistan: A Brief Overview

Most of you will be already familiar with Daihatsu move. Its design is similar to that of Suzuki Wagon R. Meaning right off the bat you can clearly see its boxy design with nothing so serious going on through and through. The body is tall and narrow with the front being muscular and massive featuring a largely LED light strip extending all the way into the headlights. The rear is also treated with LED’s placed inside the large ‘L’ shaped tail lights.

Move has very luminous instrument cluster along with a center-high-mounted infotainment system. To make things intuitive the gear lever and the climate control has been placed on the dash right next to the multimedia steering wheel. While a colour TFT display sits in between for displaying various information to the driver.

Move has also been fully equipped with modern safety including collision prevention technology, traction control, and VSC along with the basic driver aids which we are used to seeing in every other JDM car now.

Coming with a nippy 660cc turbocharged engine, Move feel quite punchy to drive rather than slow like most other 660cc cars. It’s also comfortable to sit in while driving thanks to good sound insulation. But this car is more about saving fuel than burning, which this car does quite well. The company claims 30 km/l of fuel average while in real world expect it to be somewhere near 23km/l; which is still not bad after all.

What do you think about the Daihatsu Move? Let us know in the comments.