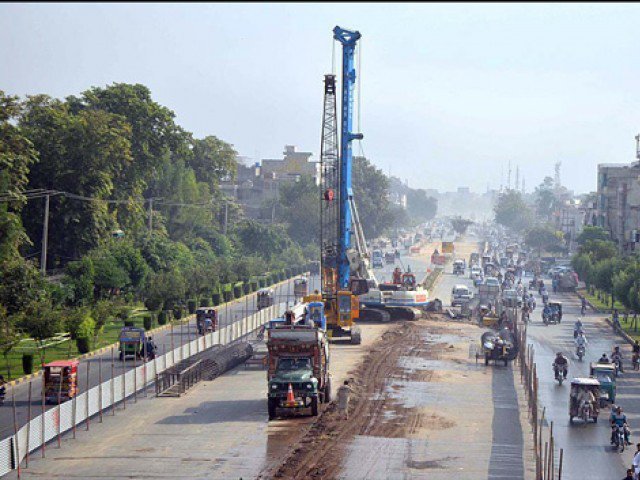 The Punjab Government has set a deadline of January 31st for the contractors to complete civil works of all elevated stations of the Lahore Metro Orange Line track between Dera Gujjaran and Chauburji. The metro train package-1 has been directed to complete all the civil work on the elevated stations and hand them over to the Chinese firm CR-NORINCO for the timely completion of the electrical and mechanical works. According to sources, the decision came during the weekly meeting to review the progress of this project, where the chairman of orange Line Steering Committee Khawaja Ahmad Hassaan said that the early completion is crucial for this project and that time is of the essence.

In the recent development, both NesPak and the Chinese contractors informed the participants that they will require 135 days for the successful installation of both mechanical and electrical works at the elevated stations. Works would be initiated on multiple stations simultaneously in coordination with local civil contractors for the timely completion of the project.

As of now, following is the progress report for the four packages of Orange train:

2: Orange Line’s package-2 between Chauburji and Ali Town is bogged down at 44%, owing to cancellation of the original contract on accounts of sluggish performance.

3: Orange Line’s package-3 & 4 are also stuck at 54% owing to stay orders and other technical reasons.

Shahid Saleem, contractor of Orange Line’s package-1, said that his company was working overtime on all elevated stations, except those stations which were mentioned in the court orders. The firm will be handing over three stations at Islam Park, Salamatpura and Mahmood Buti to the Chinese contractors by December 15th. The remaining stations will be handed over in a phased manner by January 31st, he further added.