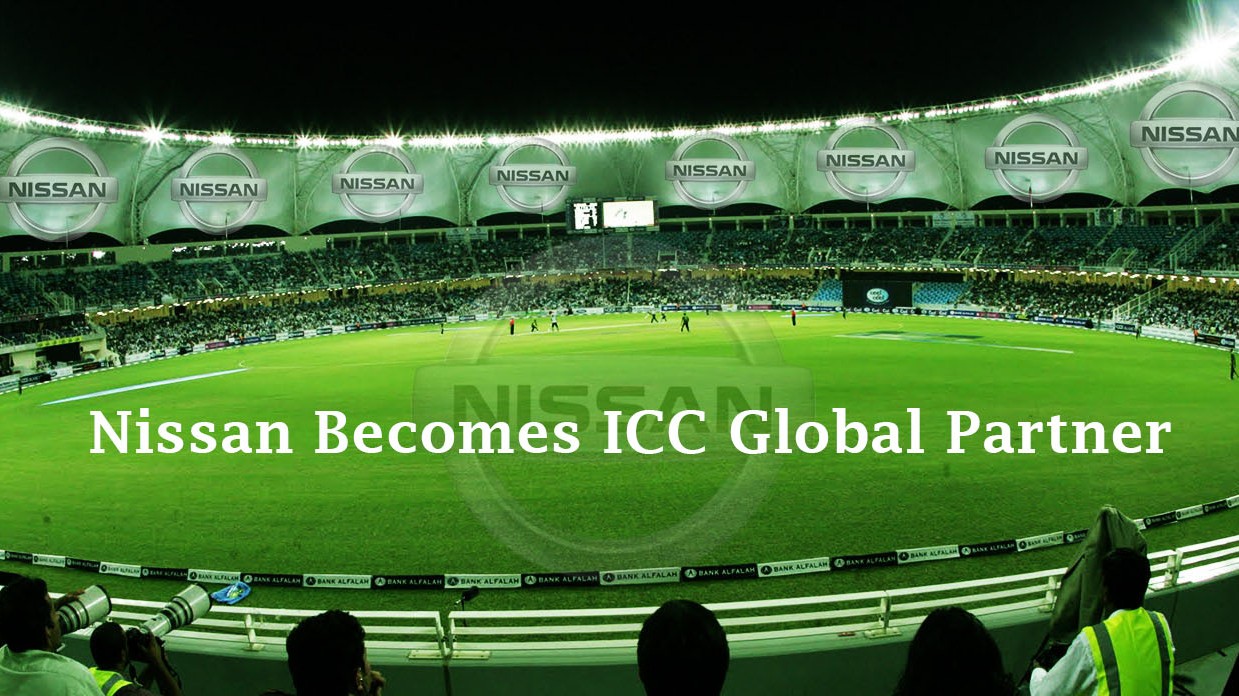 International Cricket Council has signed an eight year long deal with Japan’s second largest car manufacturer Nissan. This means, Nissan is going to be the one of the sponsors of the next ICC Cricket World Cup and many other relatively smaller tournaments like ICC Twenty20 World Cup and ICC Champions Trophy. Besides these, the car maker will be sponsoring under 19 women’s cricket tournaments as well. Nissan is replacing Korean car giant Hyundai as the ICC sponsor.

Also Read: Nissan Interested To Makes Its Comeback In Pakistan

This is going to give Nissan some major chuck of TV time during the Cricket World Cup, as well as help them to be able to show their brand presence throughout the cricket matches. Nissan’s corporate vice president, and global head of marketing and brand strategy, Mr Roel de Vries was quoted saying,

“’We look forward to working together for the next eight years to deliver a strong partnership at all ICC global events. Nissan is one of the world’s leading motor companies and boasts a strong international presence in both new and established markets’, ‘Nissan’s values are closely aligned to those of the ICC, to be innovative, with a strong focus on delivering exciting and unique experiences for our fans and stakeholders.’”

This isn’t Nissan’s first venture in the world of sports, it is also the official global partner of Rio 2016 Olympic and Paralympic Games, and is the official sponsor of Olympic teams of Brazil, United Kingdom and Mexico. Nissan also signed up as a sponsor of UEFA Champions League tournament last year. Next ICC Cricket World Cup will be held in England and Wales, in 2019.