The automotive industry is changing in Pakistan, and its impact can be seen on roads with the flux of new bikes coming on roads. Suzuki GS 150SE, Honda CB 150F or be it YBR 125 (G or Z), these are the bikes that are now often seen on roads while five-six years back there were no signs of these bikes (except the Suzuki GS150). The trend is changing, and with this new trend there are more options now for the end user, and I found them confused while choosing their bike so I decided to help them by putting some technical details. I decided to choose a comparison between two largest bike providers in Pakistan, Honda and Suzuki, and bikes are Suzuki GS 150SE and Honda CB 150F. Suzuki and Honda are still largest in Pakistan while Yamaha with YBR series is on its way. 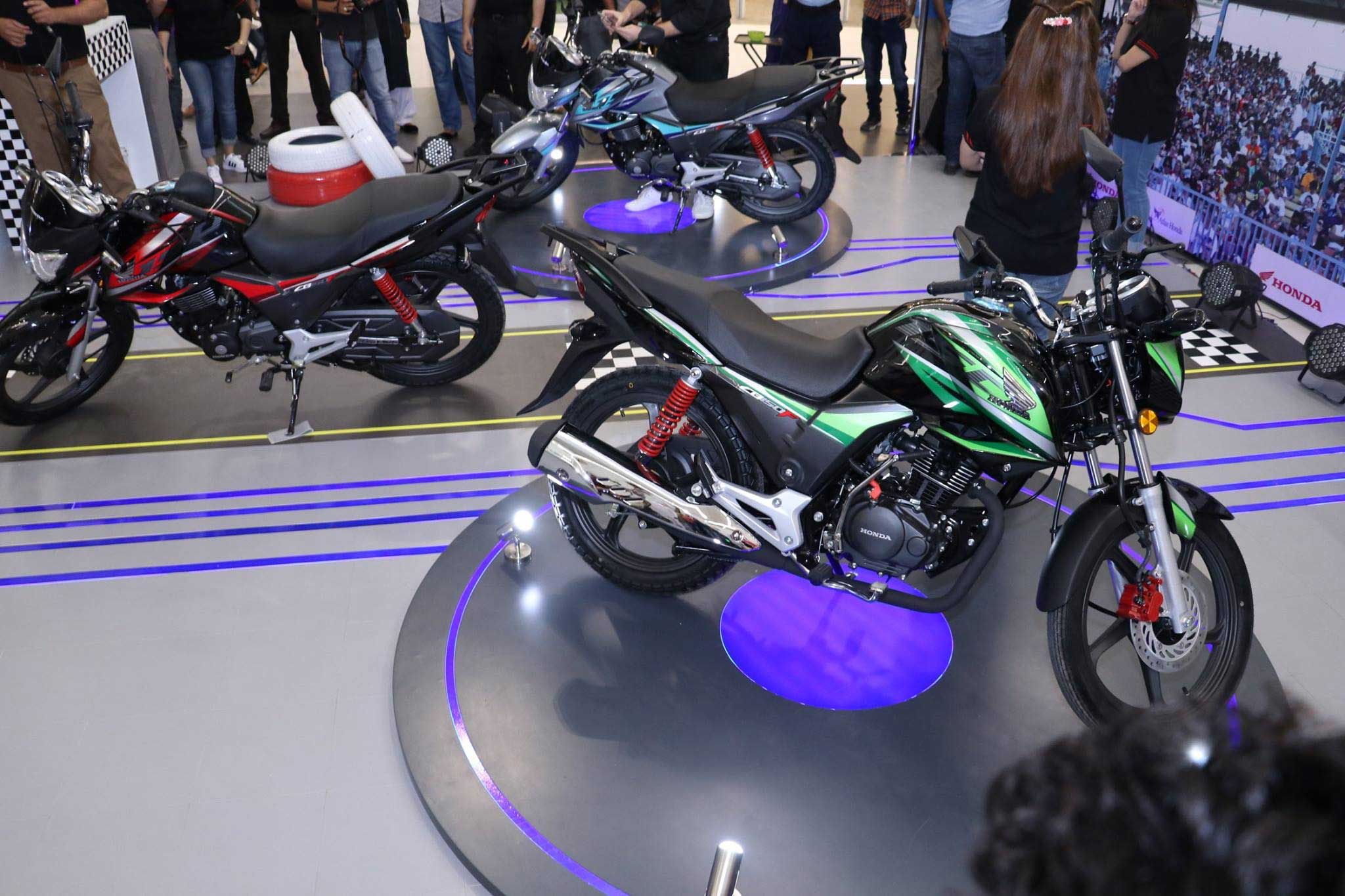 As both have the same types of engines, there is no need for comparison. But it is good to have an understanding of 4-Stroke (2-Stroke), Air Cooled (Liquid/Oil Cooled) and SOHC because it will help you to analyse any bike by just reading its technical specs.

4-Stroke: A 4-stroke engine is an internal combustion engine in which the piston completes four separate strokes while turning the crankshaft. A stroke refers to the full travel of the piston along the cylinder, in either direction (top-to-bottom or bottom-to-top). So, 4-Stroke means piston will move up and down four times while crankshaft completes 720(360 x 2) degrees rotation.  Four strokes include the following steps

At this stage, I think it is enough to have information about what 4-stroke is. There are some benefits of the 4-stroke engine:

Air Cooled: Well, it is simple to understand, the engine is designed to use Air as a coolant to cool hot parts of the engine. You must have seen rows of fins on the cylinder, yes they are designed to pass air through them. It was interesting for me when I got to know that not all heat is consumed by air. Most the heat from combustion dissipates through exhaust (almost 44%), some dissipates through Air (air cooled, almost 8%) and some heat goes in lubricant (engine oil). That’s why these three things are hottest when you run your engine for a longer period of time. Modern engines are liquid cool.

SOHC (Single Overhead Camshaft): Well, it is a more complicated and difficult to make you understand without a picture. It has single camshaft from which two valves can be controlled. These two valves are the same valves that are responsible for completing the 4-stroke cycle as mentioned above. So, the timing matters when and which to valve to open/close for intake/exhaust. That’s why we have timing chains which keep them synced. 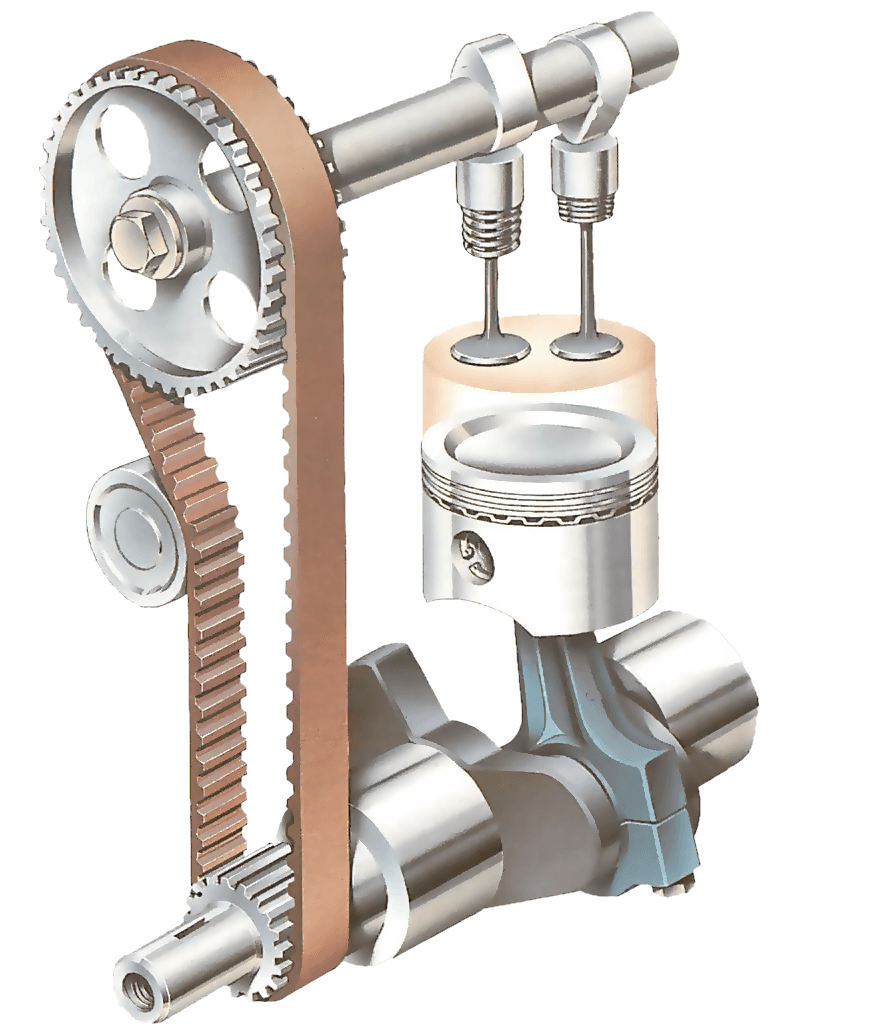 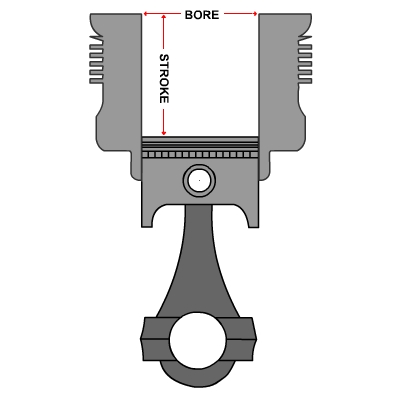 This is also related to Displacement which we call CC (Cubic Centimeter) in our common language, but we will discuss it in the displacement section. Bore here refers to the diameter of the combustion cylinder. I hope everyone knows what diameter is K. And Stroke is the length a piston covers up and down. Note that Stroke is not the height of the cylinder. So, just observing the numeric, it is clear that Honda CB150F has slightly ahead of Suzuki GS150SE. But how does it benefit in engine performance? You will know it after we discuss displacement. But here, the winner is Honda CB150F.

Clearly, the winner is Honda CB150F. But let’s understand what Bore, Stroke and Displacement are and how they are related to each other. By the way, this is a very important factor because government use this displacement to impose duty and tax on automobiles. Lol.

First of all, there is no replacement for Displacement: D. As the displacement (CCs) grows, you can expect more power from the engine. Greater displacement also varies the fuel intake because it is dependent on Bore and Stroke, higher the both are, higher the fuel consumption. There is a rule of thumb which says, to get greater torque, you increase the displacement. Torque is the amount of turning power you have, much in the same way you turn a wrench. Comparing two bikes, we can see that Honda CB150F has more displacement than Suzuki GS150SE. So, we can expect from Honda CB150F to slightly outperform Suzuki GS150SE, but there are other factors involved as well. We will discuss them, but at this stage, clearly, Honda wins.

“Torque is a rotating force produced by an engine’s crankshaft — the more torque an engine produces, the greater its ability to perform work. Torque is the capacity to do work, while power is how quickly some strenuous task can be accomplished. In other words, power is the rate of completing work (or applying torque) in a given amount of time. Mathematically, horsepower equals torque multiplied by rpm. H = T x rpm/5252, where H is horsepower, T is pound-feet, rpm is how fast the engine is spinning, and 5252 is a constant that makes the units jibe. So, to make more power an engine needs to generate more torque, operate at higher rpm, or both.”

“The perfect engine produces ample torque at low rpm and sustains that output to the red line. The amount of torque produced is directly proportional to the air flowing through the engine. Large engines pump more air and, therefore, produce more torque. Boosters—superchargers, turbochargers—deliver additional air to help small engines act large. Of course, appropriate amounts of fuel must be supplied to the combustion chambers, but that’s the easy part, especially with electronically controlled injection.”

Weight is an important factor in determining power. Bikes should have an appropriate weight-to-power ratio. Dry weight is the weight of the bike or any vehicle without fuel because adding fuel adds more weight. Having more weight means the engine needs to apply more power to move the object. Thus Honda CB 150F slightly performs under power as it got more weight with less horsepower as compared to its rival Suzuki GS 150SE which has more power with less weight.

It is difficult to calculate by only knowing Bore and Stroke because we need other numeric values that companies do not provide. So we have to rely on the values of compression ratios given by companies. So, by definition, higher the compression ratio, the more it squeezes, and as much as it squeezes, produces more powerful blow when ignited by the spark plug. Engines with higher compressions get more fuel. That’s why Honda CB150F is better in fuel economy as compared to Suzuki GS 150SE, but Honda CB 150F produces less power due to its low compression ratio as compared to Suzuki GS 150SE which is powerful but not better than Honda CB 150F in fuel economy.

Winner: Suzuki GS 150SE – Well it is subjective, if you see compression ratio, then clearly Suzuki GS150SE is the winner but if fuel economy is your consideration, then obviously Honda CB 150F.

Wheelbase is actually nothing but the distance between the front and rear wheel of an automobile when drawn a straight line to connect them both. Wheelbase and ground clearance together determines the bike stability and its manoeuvrability. Wheelbase is also important for the purpose of the bike made for. Having large wheelbase will allow more stability of bike when cruising, but it will be less manoeuvrable which means you have to take significantly longer turns to direct the bike direction. That’s why sports and cruising bikes got longer wheelbases. Even the drag race bikes have longer wheelbases. Bike stability also depends on ground clearance which I will explain in the next section, but here Honda CB150F has more wheelbase than Suzuki GS150SE which means Honda CB150F offers more road stability and handling.

It is tricky as handling directly depends on it. Let’s involve some physics, higher the clearance, the higher the position of Center of Gravity (CG) of the vehicle. And the higher the position of CG means that the vehicle is prone to roll over. That means a vehicle with a higher clearance has more possibility of turning over that the vehicle with lower clearance. On the other hand, vehicles with lower ride height offer superb handling performance due to lower height of vehicle CG 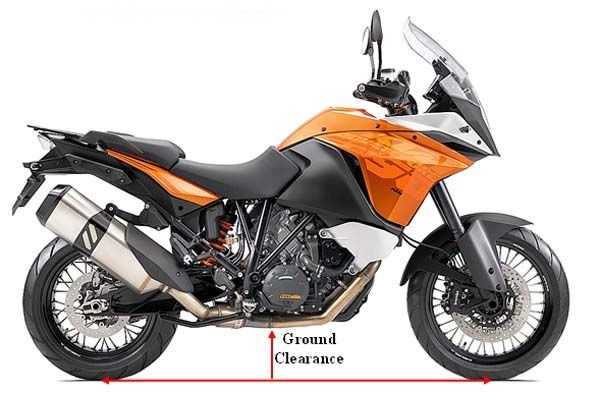 For me, both bikes are EQUAL in terms of stability and handling because Wheelbase and Ground Clearance both decide bike stability on the road. One lacks in wheelbase while leads in ground clearance and vice versa.

Things I didn’t mention were stock tyres which both offer very good. It depends on everyone’s personal preference to stay with stock tyres or change them keeping in mind that a rider knows what impact it has on the ride.

Secondly, I wanted to shed some more light on Horsepower and Torque which I will do in some other article. The thing I left is Carburetor which is a very important part to discuss, but I skipped it deliberately because I wasn’t able to figure out what type of carburettors both have (sorry, my lack of knowledge) and it also plays an important role in fuel economy. But it is carburettor which is responsible for making fuel and air mixture and if disturbed, gets the rider in an irritating position. Suzuki GS 150SE has BS26 TPS carburettor which is a bit old and consumes more fuel (will share carburettor types including pros and cons soon).

One thing I came to hear that Honda CB 150F has new technology in the engine as compared to Suzuki GS150SE but unable to find what’s new. 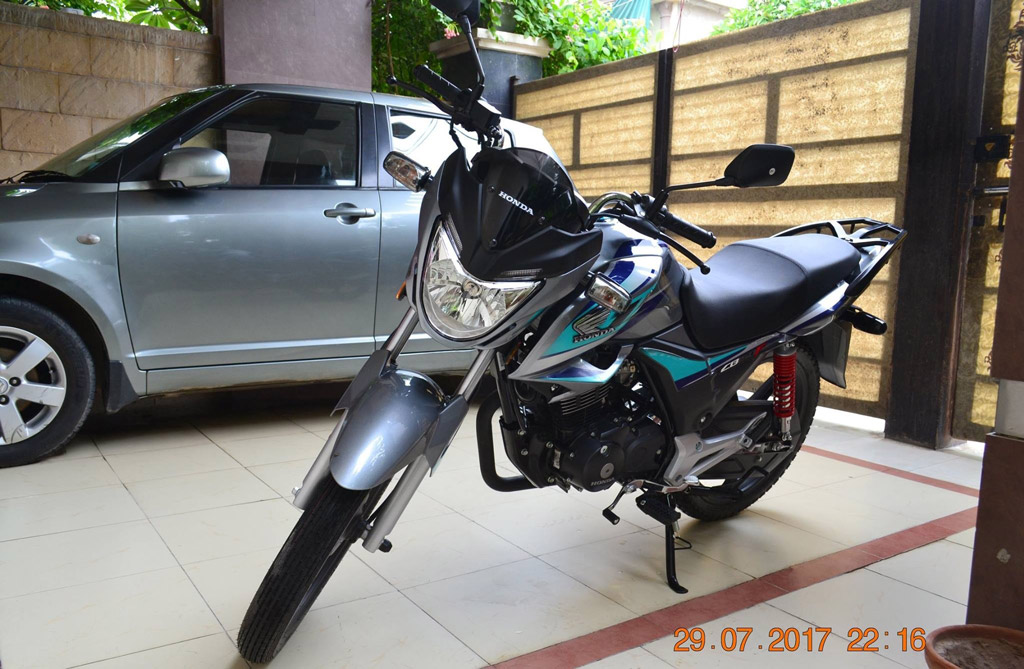 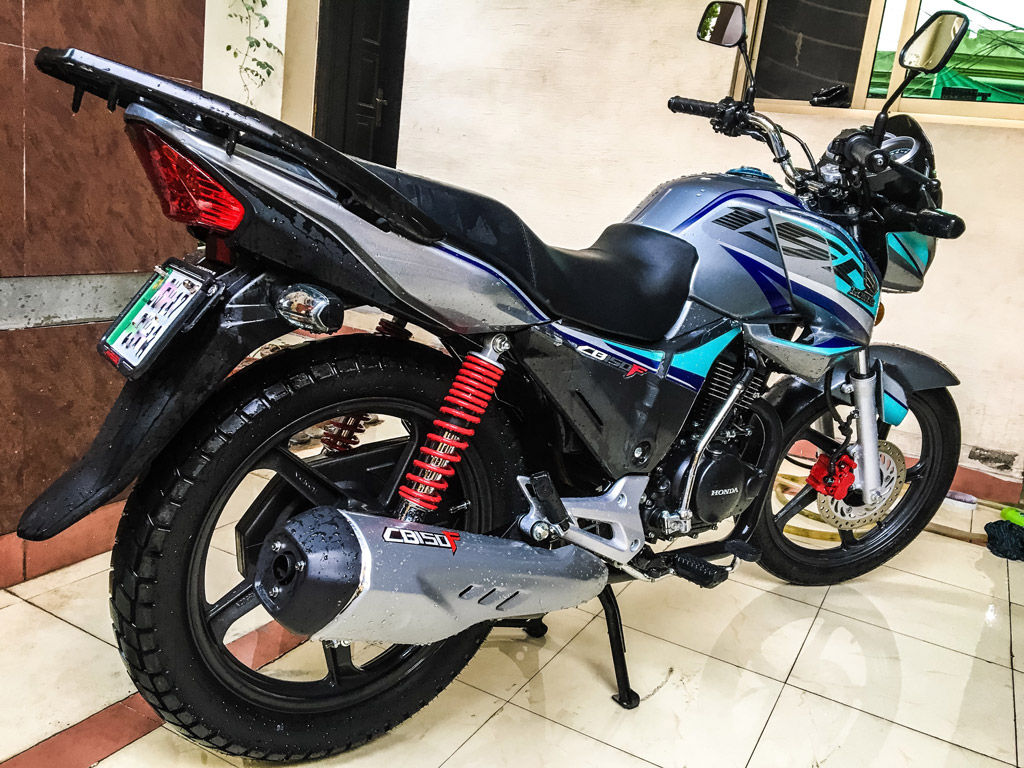 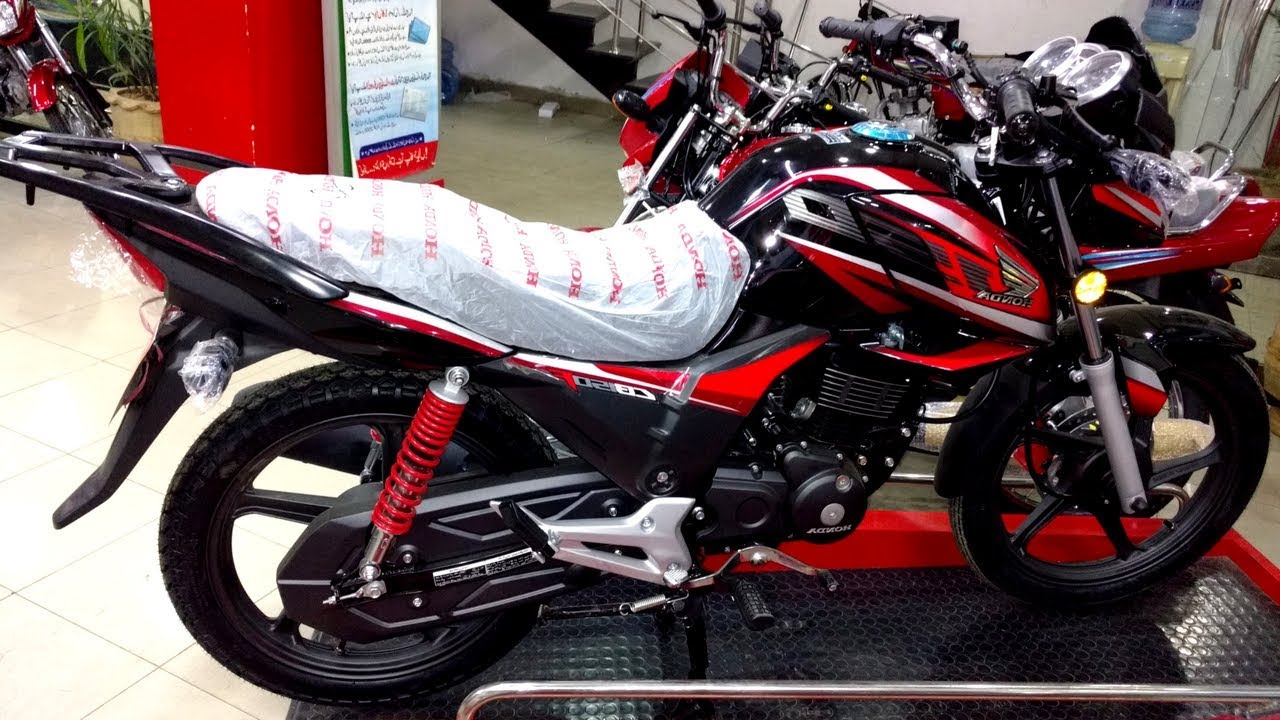 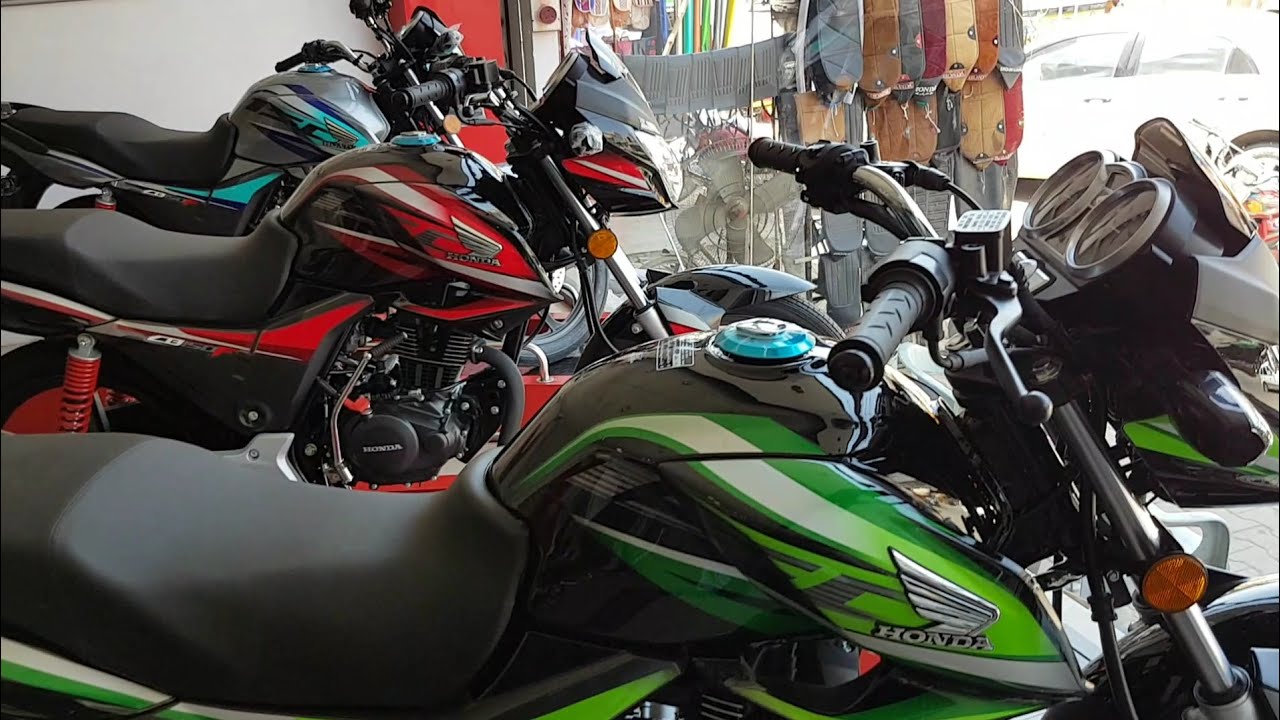 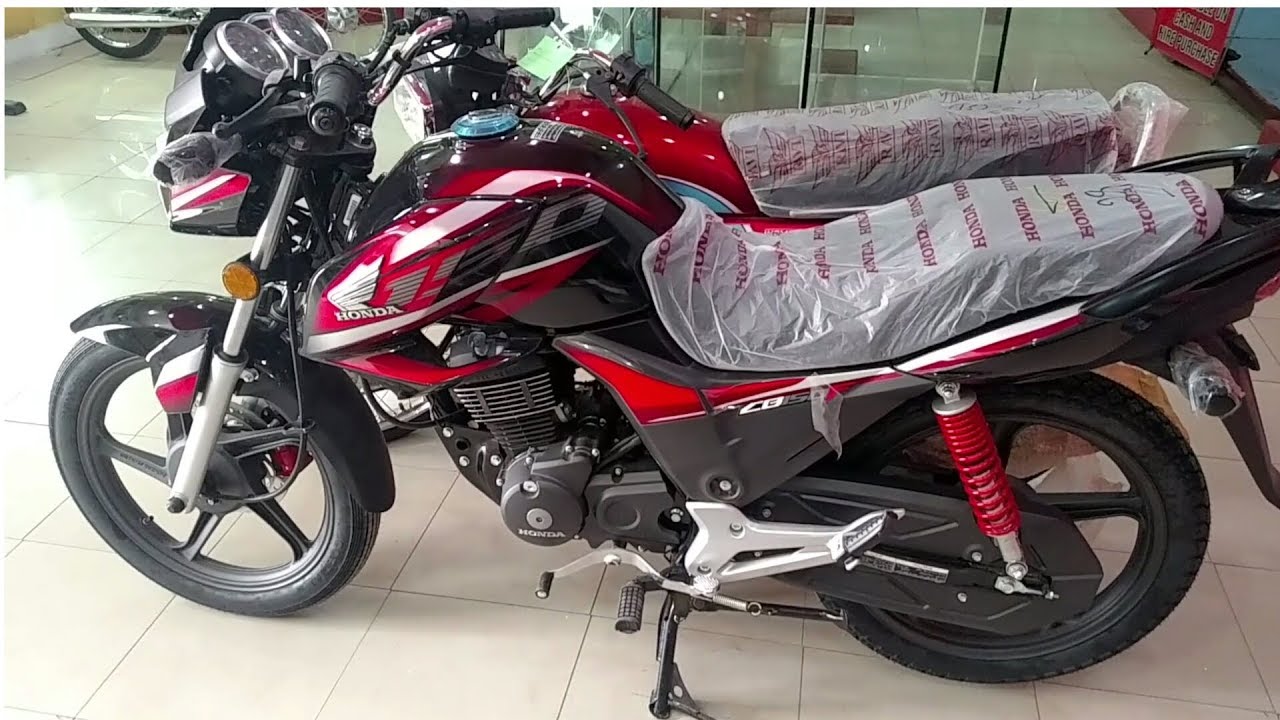 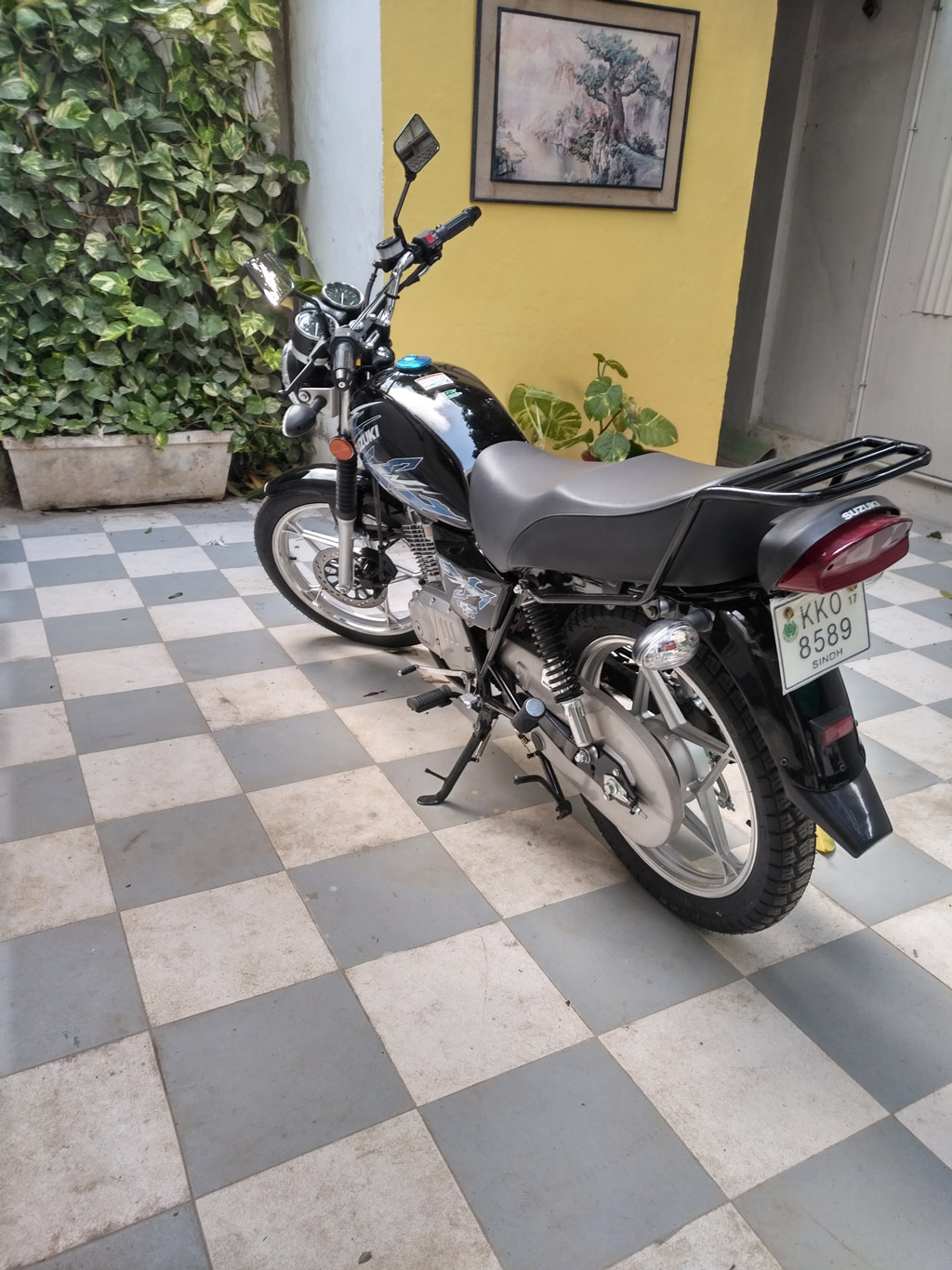 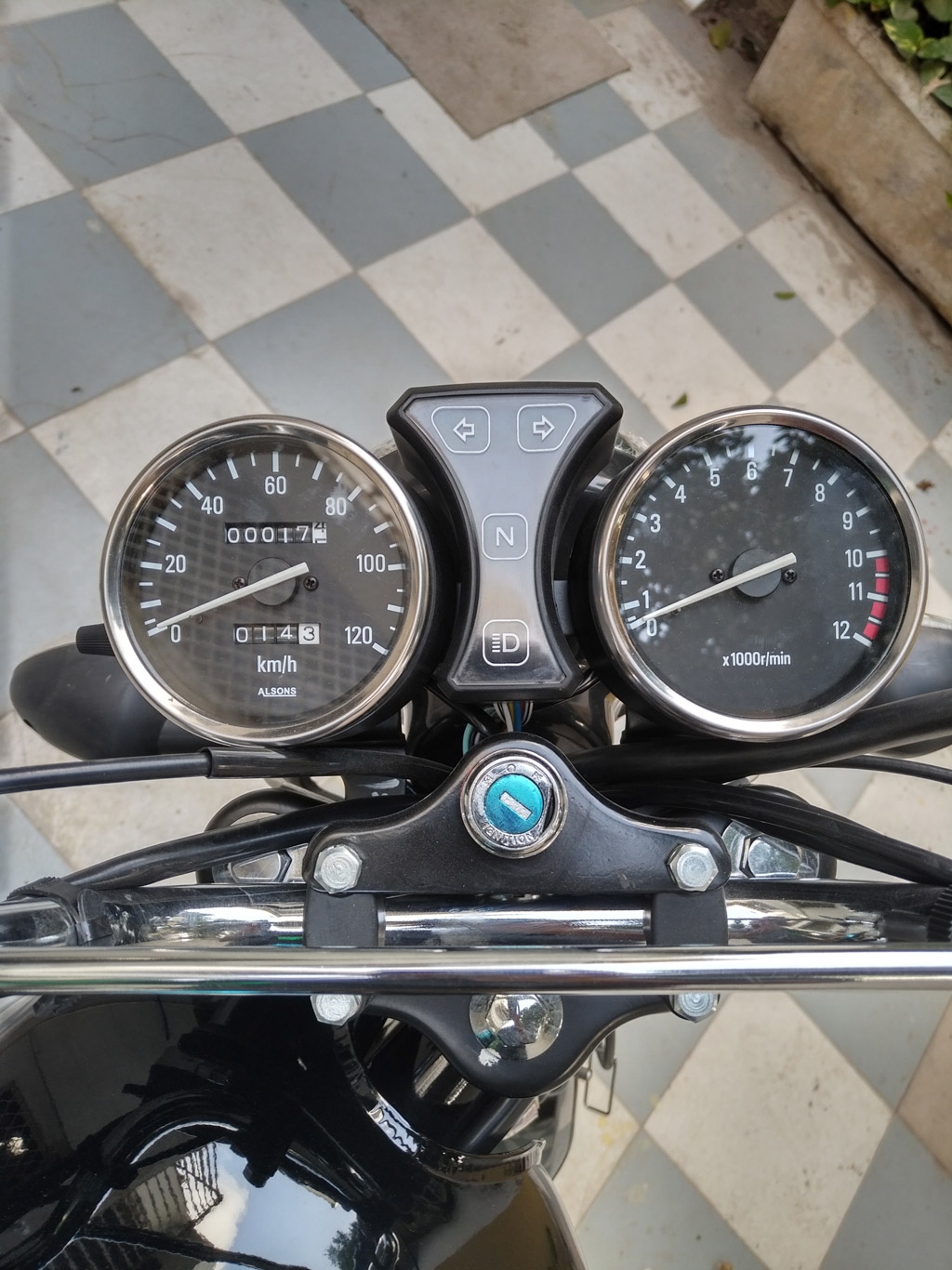 The purpose of writing this detailed comparison is for people to think on technical terms rather than being a fanboy of a brand. If you have an understanding of these technical terms, what they meant and how they fit in Pakistani roads then you can analyse and go for any bike. The ultimate choice is yours, whatever you buy, ride safe, wear a helmet and take care of others while driving/riding.

Do share your feedback so that all of can learn from each other. Happy riding!