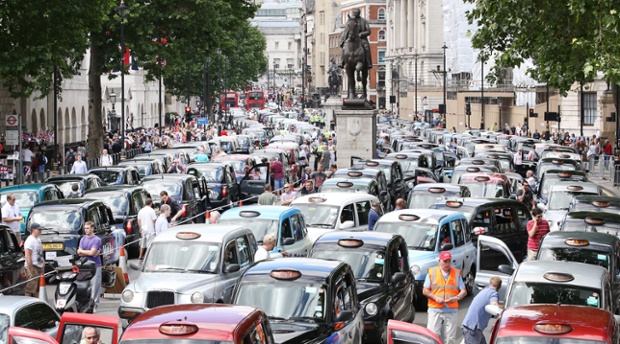 Uber is an app that connects passengers with drivers, This app was launched in 2009 across the Europe, almost in 70 cities, 37 countries. This tax app has sparked the go-slow protest that initiated by London black cab drivers and gets strength in all over the Europe now. To understand the app function you can take the example of  Easy Taxi services that has been launched in Pakistan also consisting on mobile phone app.

The protest started from London now prevailed to other app effected cities as well, Taxi drivers are protesting on the roads of Paris, London and other cities Europe against private companies and taxi services apps like Uber.  Licensed taxi drivers demonstrated in Paris, London, Madrid, Berlin, Milan, Barcelona and Rome against Uber app as they argue that it is unregulated and threat to their livelihood. However; Uber claims that just because of protest its users have been boosted by 850% around the continent. While, angry taxi drivers causing traffic chaos across the Europe. 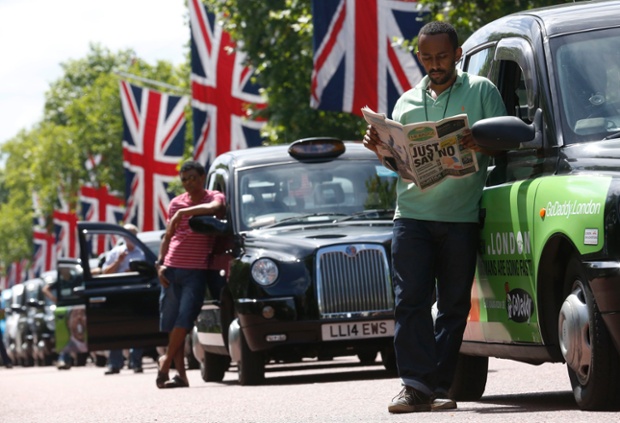 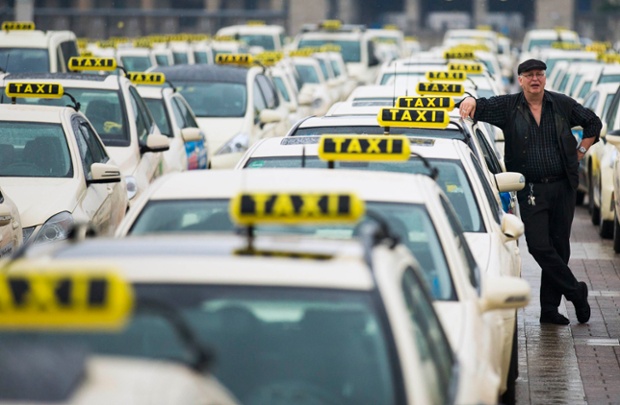 Protest in Berlin, A taxi driver listening speech by his leader. photo by Reuters 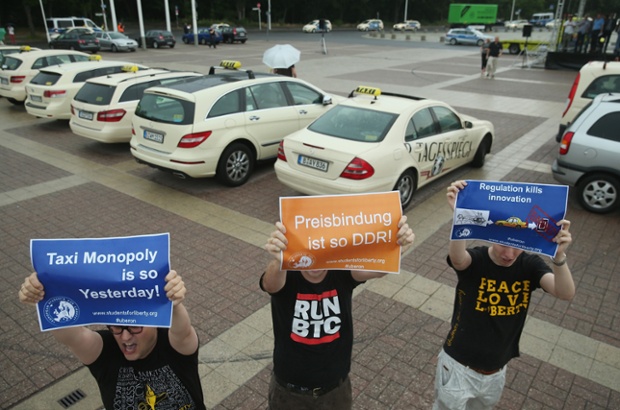 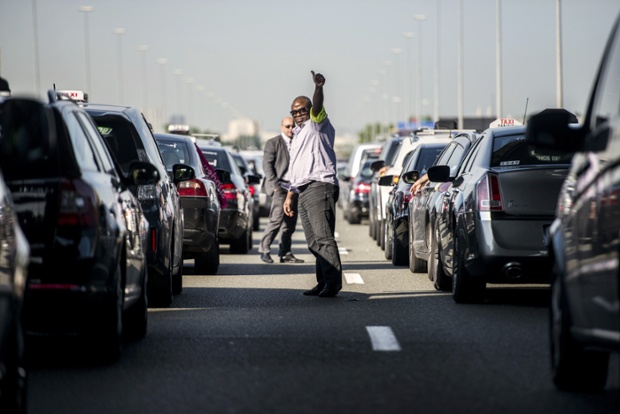 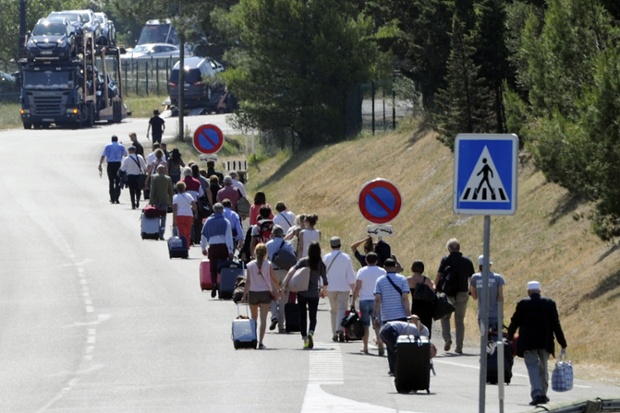 Passengers left by foot the Marignane airport, on June 11 due to protest against Uber app. Photo by AFP/Getty Images 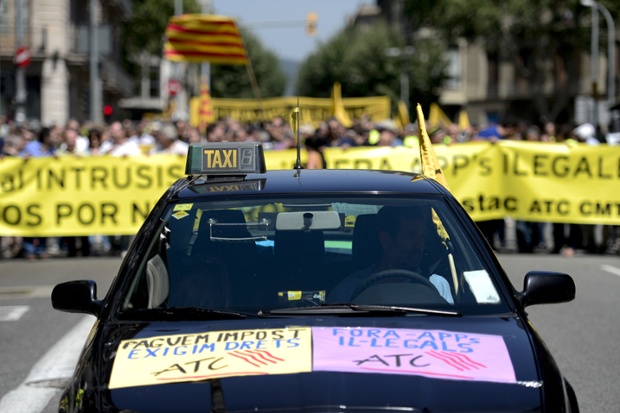 A taxi with banner on it during a strike in protest of unliscensed taxi-type-services in Barcelona on June 11. Photo by AFP/Getty Images 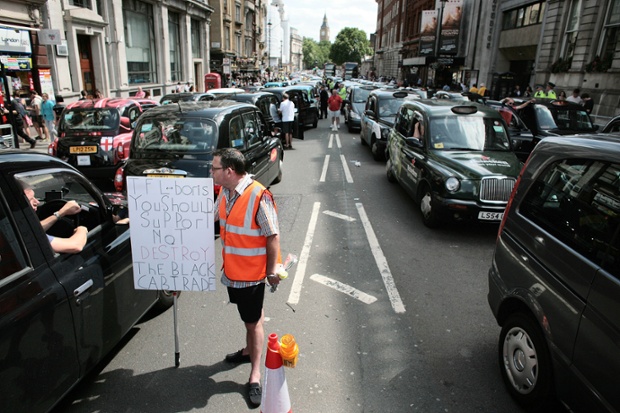