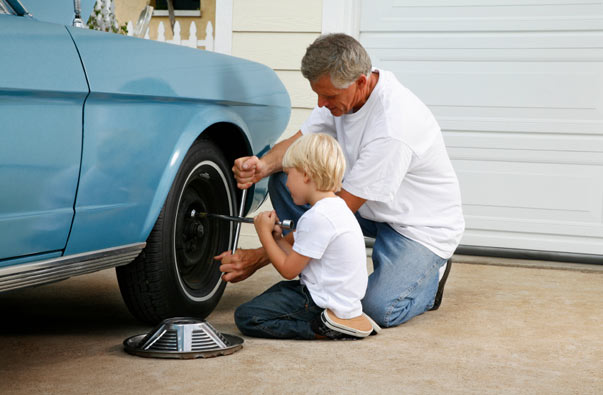 Children learn from what they see in their surroundings. Their learning is heavily influenced by their parents. According to a recent study, conducted by Michigan State University, you are 39% more likely to buy the brand of car your dad drives.

This means, if your dad drives a Toyota, or you have a Toyota at home, then it would heavily influence your buying decision when you go in the market to buy your first car.

The study could help automakers market their cars with an emotional appeal, using their parents as tool.

Here is the full press release for those of you who are interested in the topic:

The study, co-authored by Michigan State University economist Soren Anderson, found children are 39 percent more likely to buy a particular brand of automobile if their parents bought that brand.

This surprisingly strong correlation could have implications for automakers’ marketing efforts. In absence of this inherited brand loyalty, a sensible strategy might be to “invest in young consumers and harvest old consumers” – that is, lower prices on entry-level vehicles to attract young people and then raise prices on higher-end vehicles once they’re hooked on the brand.

But if young buyers are coming to auto showrooms already loyal to a brand, thanks to their parents, manufacturers might consider upping prices on entry-level vehicles. Conversely, more incentives could be offered on sport utility vehicles and other high-end vehicles to snag more older customers – and, eventually, their children.

“In theory, these findings could change the way automakers price and market their cars,” Anderson said.

The researchers studied the national survey responses related to auto ownership of more than 4,300 adult children matched to nearly 2,600 parents. Survey data from the families were collected every two years from 1999 to 2011.

Preferences were broken down into auto brands that include General Motors, Ford, Chrysler, Toyota and Honda.

Parents and children tend to share characteristics – such as making similar amounts of money and living in the same area – and this can influence what they buy. Anderson said the study took this into account by controlling for where people live, along with income, age, education, gender and family size.

“Is this really about the cars or could it be other factors, like parents and children tending to be more similar to each other than other people?” Anderson said. “We’re pretty sure it has something to do with the cars themselves.”