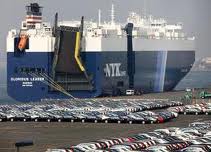 In simple words, five years old cars can still be imported on the previous duties and taxes however, calculation of date on the import of old and used vehicles is revised.

H M Shahzad, a leading dealer of cars said that the prices of used imported cars are set to increase by Rs 60,000 to 260,000 on different models after the government slashed depreciation allowance by 12 percent to 48 percent on Friday.

Speaking further that the government has increased the duties on the imported cars to stop the import of cheap cars in the country for customers.

The next Lamborghini Gallardo rendered

Watch a Russian Jet fly-by on a highway, meters above cars