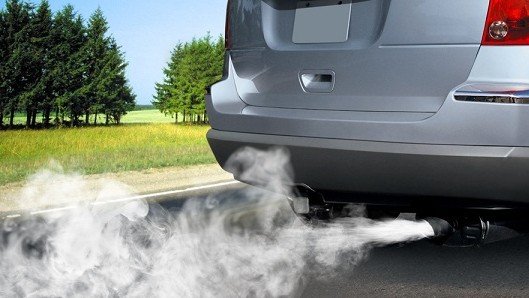 Fuel Consumption Standards Of The World Vs Pakistan

You started your car in the morning. You warmed up the engine. You drove off to your office. You didn’t scratch your car, hit something or made no possible damage to your or the surrounding vehicles. Sounds good, nothing went wrong. Or did it?

A combustion vehicle burns fuel. Burning fuel means the production of Carbon Dioxide and Carbon Monoxide as a byproduct of the burning process. CO2 is emitted in the atmosphere, gradually making it a more dangerous place to live in than the ricers and terrorists.

If you’ve ever seen an international review of a vehicle, the details such as the engine and mileage also include the CO2 emissions stats. Why? Because vehicles run in the European countries mostly have to pay Co2 taxes. They pay for the damages they make to the environment which discourages people to uselessly drive their vehicles and the government can make necessary procedures to clean the environment.

These policies proved helpful initially but due to the rapidly multiplying population of the world, the CO2 emissions are just suppressed, but not ended. Our environment, being vulnerable to the dangers of exceeding CO2 and diminishing Oxygen has to be contained from being toxic for the living objects.

So, when the Environmental Communities could foresee a not-so-safe future for the World, they introduced control-standards for the production side of the Automobiles. Automobile producers today have to comply with the government described vehicles fuel consumption standards. Below, I’ll be highlighting the key countries that have set optimum parameters of a production vehicle, which can only be presented for sale in the market if it complies with them.

US of A:
CAFE (Corporate Average Fuel Economy) agency sets standards for the American automotive industry regarding the fuel consumption patterns of cars. The purpose of CAFE agency is to reduce the energy consumption by increasing the fuel economy of cars and light trucks. The currently implemented  regulations state that the cars should average a 27.5 mpg (11km/l) and light trucks 23.5 mpg (9.5km/l). New policy which has been drafted by 2010 states that the new standard for model year 2016 are at an average of 14.2km/l for all vehicles.

European Union:
The 28 members of the European Union had initially agreed upon a target of 39 mpg (15.6km/l) which has been further brought up by 16.2km/l for today’s standards.

India:
The Bureau of Energy Efficiency in India has set new standards for fuel efficiency for passenger vehicles  (hatchbacks, sedans, SUV’s, MPV’s etc.) must have an average fuel efficiency of 18.2 km/l

Pakistan:
No particular check and balance for the current automobile producers has been set for here in Pakistan.

The political instability, which our country has been facing for the last few decades is one of the major reason why we lack the ability to cater with a situation like this. The temple run scenario, for the lust if power is not only damaging our country’s reputation Internationally, but it is also damaging the health and environment of our beloved Pakistan. Massive taxes are imposed upon the purchase, registration of new/used vehicles, heavy duties are fixed on the import of automobiles and related parts but nobody is being thoughtful about this. We are damaging the environment, we are damaging the future. We might live a full life or we might not, but the air we are damaging is surely going to take its toll on the future generations.

Setting such standards would prove to be beneficial in so many ways, you can afford to refuel your car, I can afford to refuel mine, but there are numerous people out there who have to think a hundred times before making a transaction. They have to sacrifice so many things just to refuel their motorcars and bikes. Setting such standards would allow people to at least get the mileage they deserve, travel more in less fuel, emit less toxic fumes and save the environment. The gas guzzlers we get here, they are outdated. A Suzuki Swift in India return 25km/l to a litre, a Honda City returns at least 18-19km/l and so on. The current Hybrid vehicle trend is a very good thing and I appreciate the trend but the Hybrid vehicles hardly account for 2% in the total number of vehicles in Pakistan. Why does a serious issue like this is not addressed in this country? We are a part of this world. We need to be as much concerned for this matter as every other country is. I request the concerned authorities to take a look into this matter and make necessary actions, we don’t only need a peaceful Pakistan, we also need a GREEN Pakistan.

Prevent Your Car To Heat Up This Summer