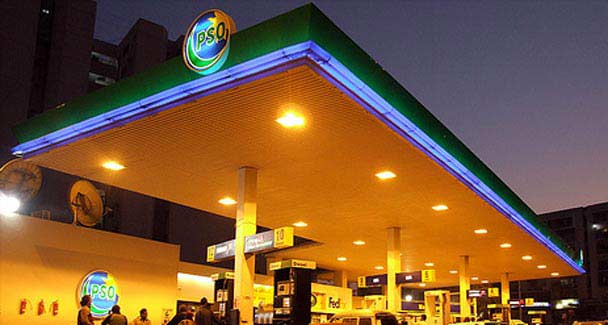 Recently PSO, Pakistan State Oil Company started selling ethanol blended fuel but people are still apprehensive about it as they don’t know what it is and will it perform without harming the engine. This article is going to shed some light on bio fuel and its future. The fuel of the future is going to come from fruit like apple weeds, saw- dust, and from almost anything similar to these. The CEO of the ford company tells the reporter of New York Times that there is a fuel in every bit of vegetable to be fermented. These words firstly described by Henry Ford, the owner of Ford Company in 9 . At that time Ford and some other companies made some types of cars in which bio fuel were used. Now after eight decades, ford still leads with Bio fuel powered cars and they have already started sales of such cars in Europe. Other companies following the lead are Renault, Volkswagen, Honda and Toyota to name a few. The detour of fuel comes again near to bio fuel which is nowadays in form of ethanol and oil of soybeans and raw of sugar can. These types of elements make strong mixture with gasoline that combines powerful energy for petrol and diesel engines.

The most widely used fuel is ethanol. In the world about 90 percent of ethanol fuel is used in industrial purpose and the remaining for transportation. About one quarter of world ethanol production goes into alcohol beverages.

The global production of ethanol from sugarcane is increased to double till 2000. Brazil is the country that initiates such type of fuel activity and comprise up to 40% of fuel requirements for  transportation in the country. The fuel of diesel is also started from very small scale which converts into three fold production.

The increase in petroleum prices since 2004 has raised interest in bio fuel in many other countries. The sky high prices insists many segments of world to think about alternatives and do work on it. Many delegations form India, China, Thailand, Philippine etc have traveled to Brazil, keeping hope in their minds that they should also regulate bio fuel in their country to reduce the cost of production, transportation and keep economy in best stream.

Farmers, Energy companies and many other concerns believe that bio fuel is not much imaginary as they thought in future. Even the next generation can extract it from more cheap sources like wheat, paper straw, corn and municipal wastes which are potentially far lower in cost and more economical than gasoline. They have predicted that carbon fuel will vanish after few decades and bio fuel will take place.

The wide range of potential benefits of bio fuel generates opportunities, as well as threats. The groups involved deeply in fuel industry don’t want to shift over their business in different nature of business. The military hawks have their own thinking: they don’t want to shift their all assets into unreliable mean of fuel which can create defense and security risks. At the same time in many countries, many political alliances have combined to get assess to bio fuel in their country.

The exciting growth in bio fuel will be beneficial for both economic and environmental conditions. The some crucial questions still to be answered are:

*Can bio fuel meet the requirement to
world transportation, production and
other phases.

*Can the investment companies leave
enough space for small farmers to perform
their activities?

*What should be the policies regarding
that?

*Can the requirement for food and wildlife
disturb by cultivating of corps for bio fuel?
etc.

Since 1978, in Brazil there was great issue of ethanol fuel regarding to environment. It created lot of problems for mankind and wild life. The disposal of alcohol and other chemicals in water created some serious diseases. Some of them could be cured and the rest couldn’t be. The fumes of initially made oil created dark clouds which contains chemical mixed water. But after a large scale research, now Brazil has maintained some new parameters to control and stop the negative effects of bio fuel in environment and sky. They have successfully implemented that mythology in their country. Now it is safe and sound. With contrast to gasoline, it created such type of atmosphere which can create cancer of many type, effects lungs and create noise pollution in society. And it can’t be control.

Second thing is that, cultivation activities can increase the opportunities for farmers of every country. Especially Pakistan which is based on agriculture and 75% of population is related to that field, can easily take lot of benefits from implementation of such type of fuel. Its economy can take boost with great moral, and it can place its position into developed countries due to huge amount of exports and developing foreign exchanges.

In the last, the best case scenario is that the fuel can provide clean air and water; cheap prices, affordability and each and every country can be self sufficient to meet its requirement. It will definitely help all over the world to cut off the monopoly of some countries that have natural resources of gasoline oil. The important thing is that there should be a criterion to assess indicators who can bear the weight of soil fertility, equity of landownership, waste management, and local economic development.