Return to "The ghosts of Pakistani auto industry" 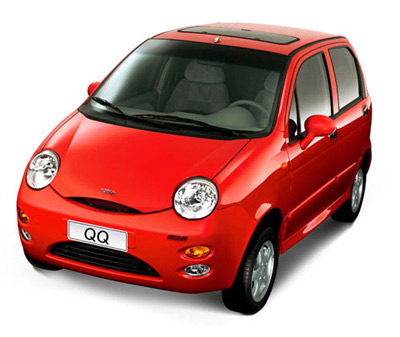 The Chery QQ is way-cute, in a retro way. Less cute is the fact that General Motors claimed in a copyright infringement lawsuit that the QQ is an unauthorized knockoff of its own Daewoo Matiz. GMÕs South Korean subsidiary, GM Daewoo, sells the Matiz in China as the Chevrolet Spark. The parties settled the suit two years ago. In July, Chrysler announced it has an agreement with Chery Automobile to produce small and subcompact cars for export to the U.S. and other markets. Sales are expected to start by 2009 or 2010. The QQ is not likely to be one of them.