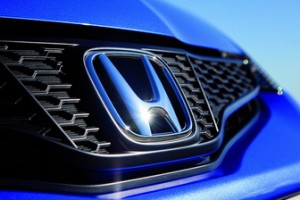 J.D. Power rates Honda as the best in the non-premium automotive industry and second over-all

I never have been a fan of Honda with the exception of NSX, a car that never ages. However, it seems that this year is lucky for Honda as its bagging awards from the research organizations of the world over. First the IIHS awarded Honda Civic as the best sedan in terms of safety followed by Reputation Institute’s award for Honda as the most reputable automaker out of Japan and then England’s warranty specialist, MB&G rated it the most reliable car with least warranty claims amongst all cars.

Now, J.D. Power & Associates, a global marketing information services has named Honda the industry leader in quality rankings thanks to its best sellers, Civic and Accord which earned the highest initial quality ranking in their respective segments.

Five of the seven models that earned the highest initial quality scores in the ranking were manufactured in North America. They include the compact Civic, the Element compact crossover SUV (the CR-V was second), the midsize Accord, the Accord Crosstour midsize crossover SUV, and the midsize Ridgeline pickup. The other two models were the Insight hybrid (compact) and the Honda Fit (sub-compact). The Acura brand was third overall in the 2011 IQS.

“Creating products of the highest quality and value is the foundation of our business, and it begins with a deep understanding of the customer,” said Tetsuo Iwamura, president & CEO of American Honda Motor Co., Inc. “These results are an important demonstration of our focus on the customer and the tireless efforts put forth by Honda associates throughout our organization — in R&D, in manufacturing and in sales — to exceed their high expectations of Honda and Acura.”

Lexus was rated first but in the premium (luxury) category whereas Honda ranks second among all nameplates (highest among non-premium brands), and receives seven initial quality awards this year, the highest number of awards that Honda has earned in IQS in any given year. Among the top performers are the Honda Fit, Honda Civic, Honda Insight , Honda Element, Honda Accord, Honda Ridgeline, and the Honda Accord Crosstour.