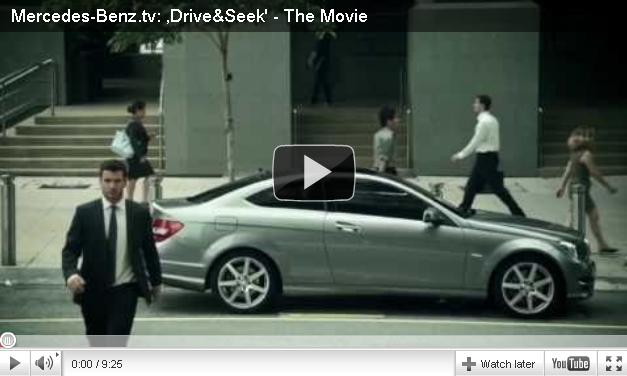 There’s one thing I am sure about that, BMW wins at making short promotional movies. The Driver which starred Clive Owen was a quite lavish piece of automotive-short-movie making as it displayed a man whose source of income was his BMW 5 series. The Driver was well written, showcased every aspect of the 5 series and its action sequences were not unbelievable above all.

However, Mercedes Benz also gave a shot through making a similar attempt as the BMW’s Driver series with their Mercedes-Benz Drive & Seek short-movie. Ill not break your bubble about how the story behind if there is one but anyways, scantily clad women have more on-screen time then the C-Class (well maybe not) and the action sequences were so stupid that I’d rather watch the Fast 5 second time.