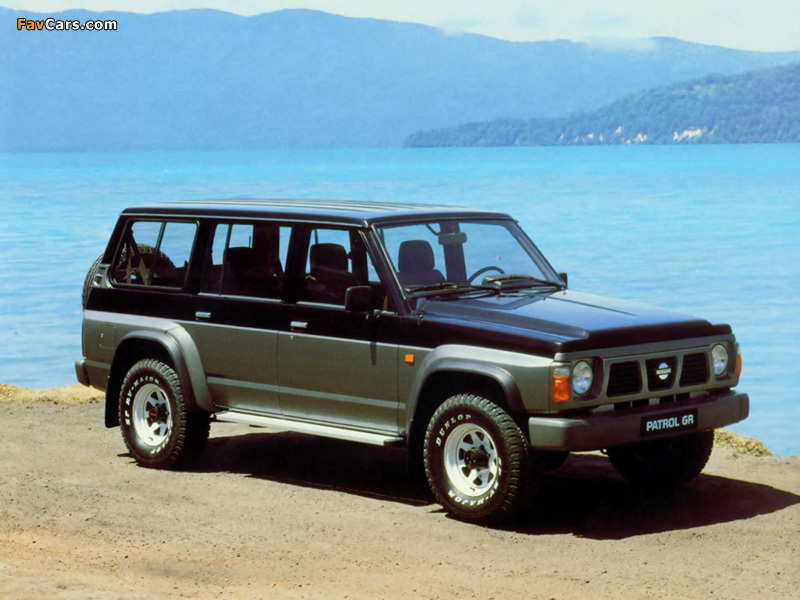 Nissan Patrol Y60: A Legend Of Its Time

Nissan Patrol, a large 4×4 series probably known by every 4×4 enthusiast in this world. Manufactured since 1951, the Patrol is termed as one of the toughest 4x4s. A lot of people out there compare it with the Land Cruiser but I personally believe Nissan Patrol is a couple of steps ahead. You will find them in abundance if you ever happen to visit any of the Gulf states. With the increasing popularity of this beast and obvious reasons for its popularity, it is noticed that the latest Patrols are seen on roads of Pakistan too.

It can’t be denied that every model produced under this name is very much capable of some serious off-roading but the Y60 is loved the most. There are few out there who don’t as such respect Y60 for its off roading capabilities, and probably because they haven’t witnessed its raw power and how easily it eats up its competitors.

Y60 was in the production from 1987 till 1997 with 5 door and 3 door variants. Y60 was the first Patrol ever to have coil spring suspension along with leaf spring making it comfortable compared to its predecessors. With power steering in every grade the monster had disc brakes both front and rear.

Y60 had four engines to choose from, 3.0l, 4.2l, 2.8l turbo diesel and 4.2l turbo diesel. 95% of these particular models in Pakistan lack original engine as owners have swapped it with other suitable engines; but even after the alterations, it can easily hold its end of the bargain by being a capable off roader.

With alterations done by Nissan time to time they tried to give the most to the customers. Although low roof model which is very popular because of its low center of gravity, is not usually seen here on the roads of Pakistan but SGL model is quite often seen.

You can talk and discuss all about Nissan Patrol here.