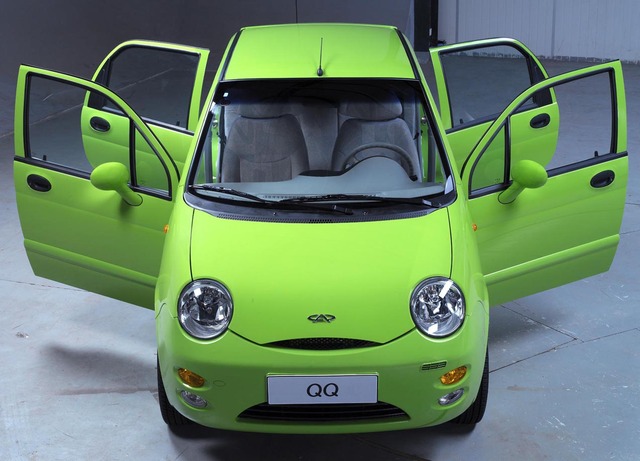 Our Mindset about “Made in China”

“Yaar yeh tau china ka maal hai koi achi cheez dikhao.” That’s probably how most of us react when a shopkeeper shows us anything that is ‘Made in China’.

Why do we have this mindset? Why do we think that Chinese products are nothing more than substandard low quality heap of junk that will fall apart after a day or two?

China is literally making everything today, from a needle to fighter jets – but that does not that everything they make is as cheap as we think. If this was the case then there must have been at least one single headline somewhere saying, “The Chinese Aeroplane’s wing came off during flight”. On the contrary, China is becoming an emerging power in the Aeronautical Industry. The main point is that you get what you pay for.

Did we ever notice that when we go to purchase any spare part from the market for our vehicle, the salesman shows us a couple of qualities, the best quality stuff being the costliest. Now if we are ready to pay for quality, we’ll prefer the best quality. Otherwise, we’ll just buy the low quality stuff and come home saying “yaar guzara hi kerna hai na”.

Now there are many among us who believe in this statement, “Guzara hi kerna hai”. It’s everywhere. Look around you, in public transport, busses, vans, QingQi Rickshaws. We know that there is no room to even stand in the bus but we’ll still try to get in. Crush a few feet under ours, hurt a few kidneys with our elbows and whenever someone will complain, we’ll simply say “Do minute ka safar hai bhai, majboori main guzara kerna hi parta hai”. This behavior is applied in all sorts of fields. I call it, “The Curse of Compromise”. We really are cursed to compromise on everything. Again, look around and you’ll know.

When importers from Pakistan go to China or when they place an order for merchandise from here, they keep in mind these people who believe in the “Guzara Theory”. So, they end up ordering cheap and sub-standard stuff and at the end of the day, making China the culprit isn’t right because it is offering product on all standards of quality. The people who are always ready to pay for quality think that Chinese products are so cheap. What we don’t understand is that China will give a country what it wants. If you want quality, you’ll get it. If you want cheap stuff, your wish is their command.

We are using decade’s old obsolete technology by Japan in Mehran, Alto and the likes and we feel okay to pay 500,000 for a Mehran or 750,000 for an Alto. But when a Chinese car comes to the market in the same category offering all the luxury options with a price tag of under 500,000 – we say its not value for money. I think we’re so confused with the resale that we actually ignore value for money and buy a heap of junk, consequently fooling ourselves and giving the message to other auto makers that we don’t want any options.

I have been using Chinese products for a very long time. I personally had a Chery QQ for two years, (that explains my ID on Pakwheels being chery1) and the car is awesome. Let’s only compare the sound of closing the door of a Chery QQ and a Mehran. When you close a Mehran’s door, you hear that teen dabba rattling sound but when you close a QQ’s door, the sound is a solid thump. The car had perfect A/C, acceleration and top speed. When did you last see an 800CC car doing more than 160km/h. I was on the motorway with my friends coming back from Kallar Kahar in 2008. We were doing 150km/h, a white chery came from behind and overtook us as if we were on a bicycle. I was shocked; he must be doing 170km/h or more. It’s another story that he was standing on the side of the motorway getting a ticket for over speeding after a few kilometers.

Point is that China offered the only EFi 800CC car for our market and we did not respond. Yes, it is a fact that after sales service was nowhere close to as good as it should have been but given the fact the company had just entered Pakistan, and also when we are given good quality, we have to learn to generate a positive response. If we don’t change this mindset, we are doomed to be having the same old Suzukis and the hit Honda Atlas. Let’s learn not to compromise. Let’s learn to react when a sub-standard product is offered. Let’s refuse to buy low quality. It’s the people who can break the monopoly of a giant. Don’t we, The People, have this power?