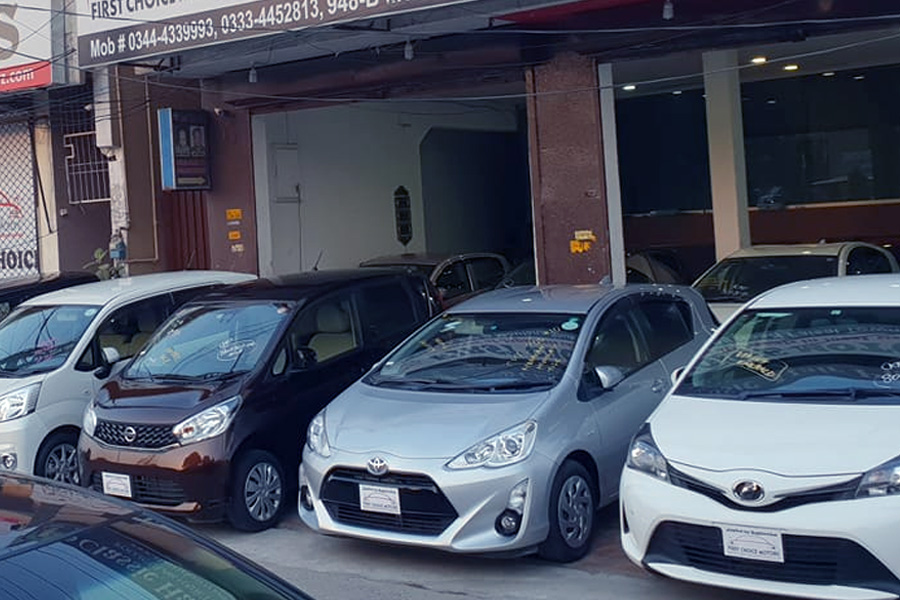 In a bid to raise their voice against the illegal and heavy taxes imposed by the government on cars, the All Pakistan Anjuman Tajran has announced a strike on Saturday, 13th July 2019.

The association has released a notification in which it is clearly stated that all the business institutes in Pakistan will remain closed on the above-mentioned date. The Anjuman-e-Tajran Jail Road Lahore and Lahore car dealer federation have also announced its complete support in the announced strike. In this regard, all the car showrooms on Jail road Lahore linked to the car dealer association will remain closed on Saturday. The business community is affected to a much larger extent during the last year ever since the PTI government has taken the charge. A number of taxes have been imposed on cars regularly by the current government. The story doesn’t end here as the government has also increased the existing taxes on vehicles which has not only taken the consumers by surprise but also devastated the business community related to cars. 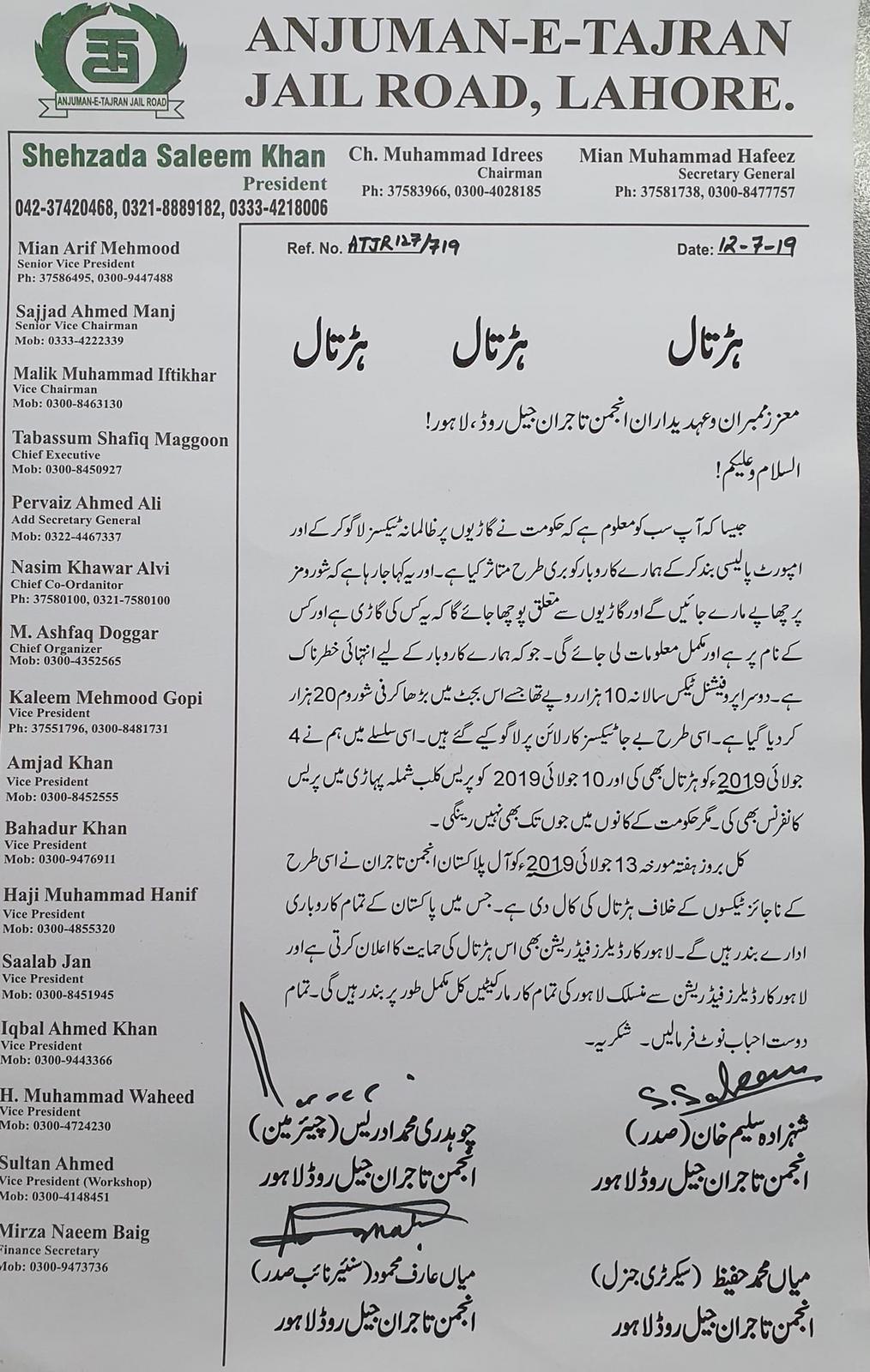 The business community is calling the taxes as a cruel step from the government without considering its impact on the growing automobile industry of Pakistan. The government has also imposed several excessive duties on imported vehicles after which it has almost become impossible for the importers to import and eventually sell their cars in the market at competitive prices. The demand for imported vehicles has also reduced significantly leading to a drop in sales and hence affecting the businesses of importers. Hundreds of showrooms have already been closed by their owners on the back of such vulnerable taxes and duties. The car business is no more a profitable way of earning according to the car dealers. Moreover, the community is also protesting against the increase in the annual professional tax on showrooms. Previously, Rs.10,000 were collected from car showrooms annually which has now been doubled to Rs.20,000. Anjuman-e-Tajran also held a strike on 4th July 2019 and arranged a press conference at the Press Club on 10th July 2019 but the government is yet to take any action so far.

Pakistan Tehreek-e-Insaf government has been rather cruel on the automobile industry of Pakistan in every possible way. No consistent policies have been announced regarding the taxation and duties on cars for the last one year. Firstly, the government announced its policy regarding the limitation on the purchase of cars by the non-filers in accordance with the engine displacement. Later on, the decision was reversed and so on. Another hot topic has been the Federal Excise Duty (FED) which was earlier imposed on the cars of 1700 cc and above at a fix 10% of the total car value. After some time, the government announced new three categories for the imposition of FED on all cars irrespective of its engine capacity. Lately, the issue of annual token taxation has been the highlight as it was first implemented per seat per annum in the Finance Bill 2019-20 but regarded as a typography mistake in the Finance Act.

Nonetheless, the local automobile industry can never prosper in such circumstances where there is a new policy every day. It also creates doubt in the minds of the investors and holds them from investing in the local market. With so many new players coming to Pakistan, such inconsistent policies will only bring harm to the local auto sector. The car dealers and consumers are already suffering from increased taxes. The government should take action regarding the whole scenario and come up with a strong and friendly automobile policy where the industry finds itself in a state of growth. Let’s see what happens after yet another strike from the car dealer federation.

Share your thoughts with us and stay connected with PakWheels for more updates.

Why should you check your tire pressure?