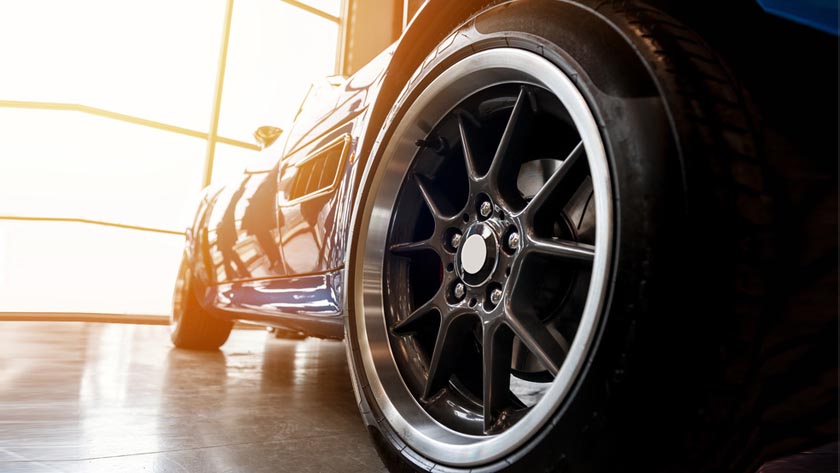 Tires are the important part of a vehicle that’s why manufacturers always try to focus on the longevity and reliability of the tires because just like any other part of a vehicle, tires too have a specific time span. From the shelf life to the time tire touch the road, tire goes through two faces. One is being the shelf life, the time tire is being stored in the factory and dealers and the second phase is when it is mounted on a car and touch the road.

Regarding the lifespan of a tire, everyone has its own story. For example, some people follow the information in the car magazine, some refer to the car shows like Top Gear and Fifth Gear, some follow their tire sellers while some just go for a number which they think is appropriate for a tire.

These stories and knowledge make some sense as well. Woody Rodgers who is a tire product information specialist, worked extensively for 16 years with a giant tire vendor called “The Rack” come up to favor the above story in such a way that he says if a tire is stored and maintained properly, it can last for over a decade. Obviously none of us would have believed this, but either way, it has now been proven right by the Rodgers.

Indeed this is a big claim by the Rodgers. However, Rodgers further explains that tires have a virtually unlimited shelf life, this theory he made by saying that if the condition and climate of the storage warehouse are controlled and if the tire is maintained properly, it can go on for years. But if we talk about our country than, not only most of the imported tires are smuggled here so their condition is deteriorated or not as good as when in a company’s storage. The other thing is our vendors, who out of saving the money and storage space for tires, keep tires in worse possible condition thus ruining the shelf life of tires. But now let’s hear what Rodgers has to say about his claim.

“In general, we see six years of service with no more than 10 years of total life since manufacture,” said Rodgers. He refers to it as the 6 or 10 rule. Service is any time when the tire is on the rims of your car and under use. Sun, temperature, and climate are the other factors which ruin the tires.

However, this one argument that driving is affected by the area we live in and in which we drive can nullify everything. Even the Rogers has said that “ Service life of a tire varies so much in reality from a driver to other drivers even one part of the country to another, that’s why it’s really hard to predict it’s X[ years].

But, he still argues that no matter what the driving condition and other factors are, if we take proper care of our car’s tire and maintain them properly, it’ll surely add years in your tires rather than making you replace them very often. One should keep a keen eye on the maintenance of tires, and not only clean/wash them on regular basis but also notice the cracks in the sidewalls. Depending upon the ambient temperature, a tire can lose or gain 1 psi according to the Rodgers.

Tread of a tire is another important factor to be looked upon, for the normal tread of a tire work fine in the dry weather but in rainy weather, the driving can be dangerous. In our country, we judge the tires by touching its groove etc while in the USA the depth of the tire is measured in 32nd of an inch. So in according to the USA standards, an average new car tire comes with the tread of depth 10/32″ or 11/32″. But for SUV off roads and heavy duty tires, the depth of tread is more. The tread of depth 2/32” is okay for driving in dry weather but if the weather is rainy it’s not. 4/32” is the estimated safe depth for maintaining the grip and evacuating the water. And in the snow, the tread of more depth is needed which is approx 6/32” so that your vehicle is able to easily evacuate snow and slush properly under the tires of your car.

In this article, we cannot tell, the whole case of driving, their replacement etc but also the replacement of tires as well because nothing is worth important than life and Pakistan sees all kind of weather so judging driving upon one weather condition isn’t good.