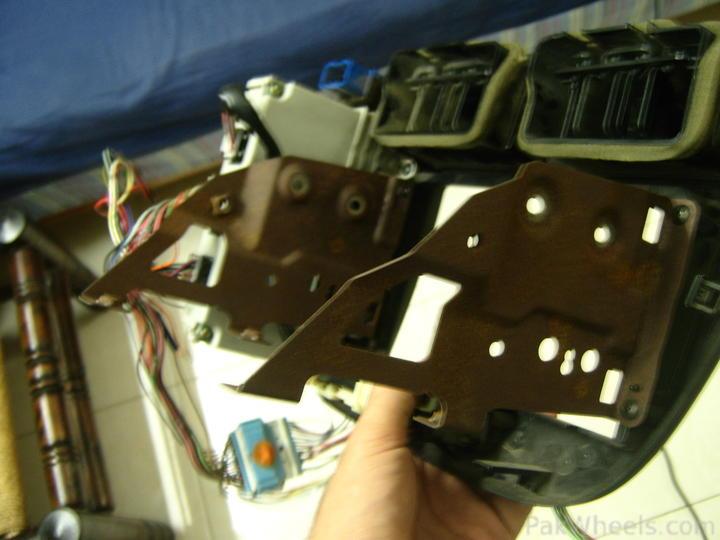 Removing rust from metal parts with a little help from Cola

So they say that Pepsi and Coke are one of the best rust removing agents, I tried to give it a shot and see if it really works. I had a console with two plates of metal really rusted and it was bothering me so I took those out and did the experiment on them.

Here are some pictures telling the tale:

This is what it looked like before, metal plates covered with rust:

You will need a bucket, and some cola:

Submerge the rusty metal in the cola and leave overnight:

The cola didn’t work as magically as I’d expected but it did react with the rust and loosened it up;

You can see the amount of rust left behind in the cola:

This is how the plates looked after a bit of sanding:

And i decided to use some spray paint:

And put them back on the console: