PakWheels.com is back with another budget car review and this time it is post-facelift 2010 Suzuki Alto VXR 1st Gen. Pakistan has a bulging middle-class population and want to purchase a vehicle under a specific price tag or budget, and for this specific purpose PakWheels.com has started a review series of budget cars to help people to buy or find a car as per their budget.

Pak Suzuki launched 1st generation Alto back in 2000 in Pakistan and discontinued it in 2012, after 12 long years. And in this total span of 12 years, the company only facelifted it once, and that was in 2008. Right after, the launch the car was a hot cake for the local consumers and competed toe-to-toe with the likes of Suzuki Cultus, Daihatsu Cuore and Hyundai Santro. 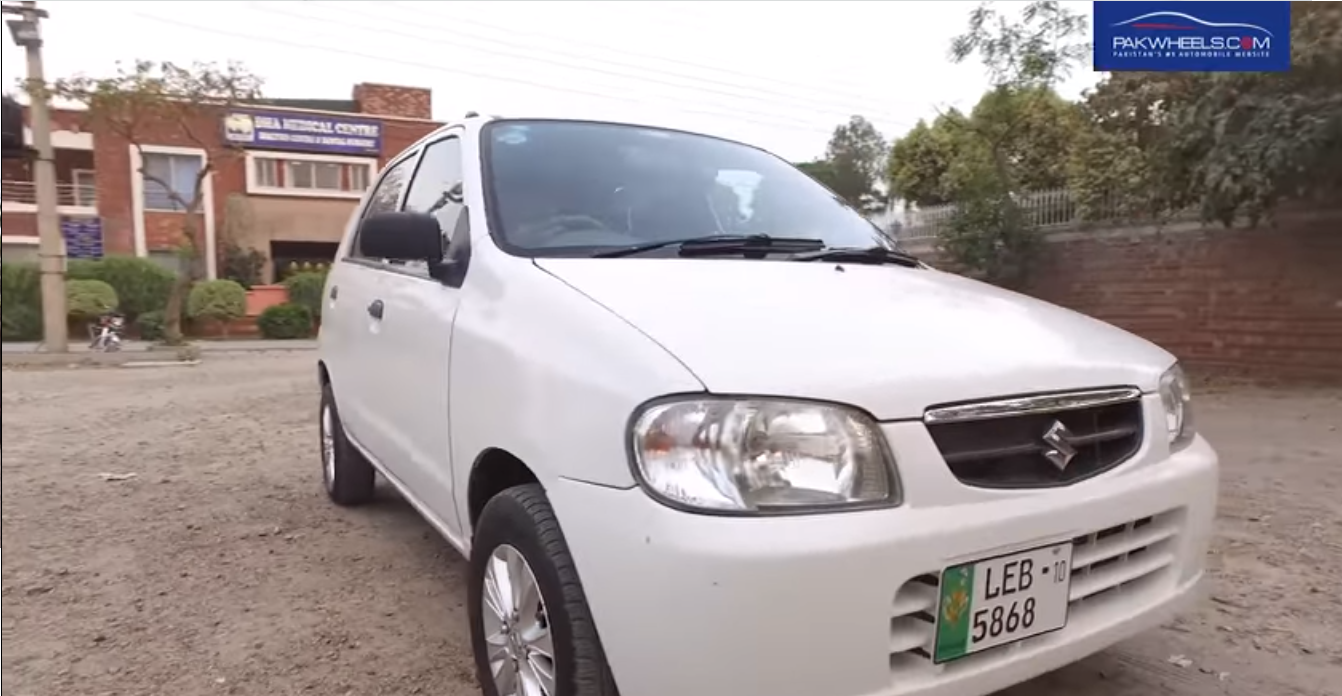 The car, which we are reviewing is a post-facelift version, the main difference between the pre and post-facelift Alto was the shape of taillights and the crystal headlights, which shipped with the post-facelift version. The car was launched in two different variants; VX and VXR (petrol), the main difference between these two variants was that one was equipped with a/c and the matching bumpers, while the other didn’t have a/c and matching bumpers. The sound system of both these variants was also class apart. It is imperative to mention here that the company also introduced CNG variant of both VX and VXR for its customers in Pakistan. 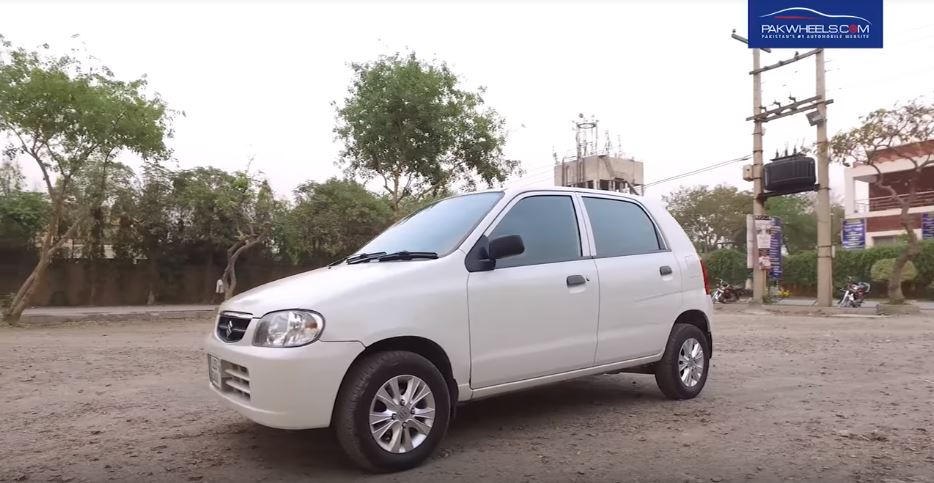 Before, moving further, let me enlighten you here that why the company discontinued this particular car in the first place. In 2012, the government introduced the policy that non-EFI engine based cars should be filtered out, the company introduced Mehran and Cultus with EFI engine and saved them from discontinuation, while discontinued the Alto. Daihatsu Cuore was also discontinued due to this very same reason.

Search for Suzuki Alto on PakWheels

As far as the exterior of the car is concerned, if we look the at the time it was shipped in the market, it was one of the stylish cars in the local auto sector. Just like mentioned above the car which we reviewed was post facelift version, so it has crystal headlights, matching bumpers, which was unique at the time it was launched back in 2000. Moreover, the front fascia has a single grill with chrome lining. If we look at the style of today’s cars, then it would look simple against them and not very much stylish. The side profile of the vehicle is also simple; there are no curves whatsoever. 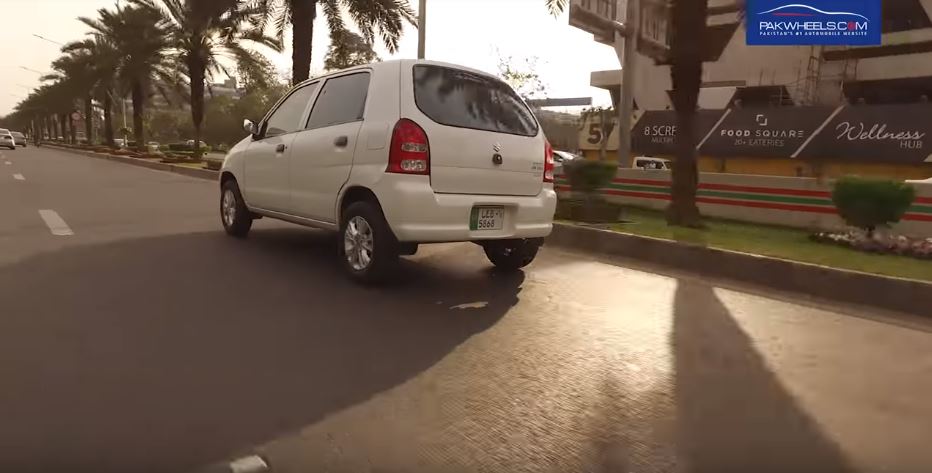 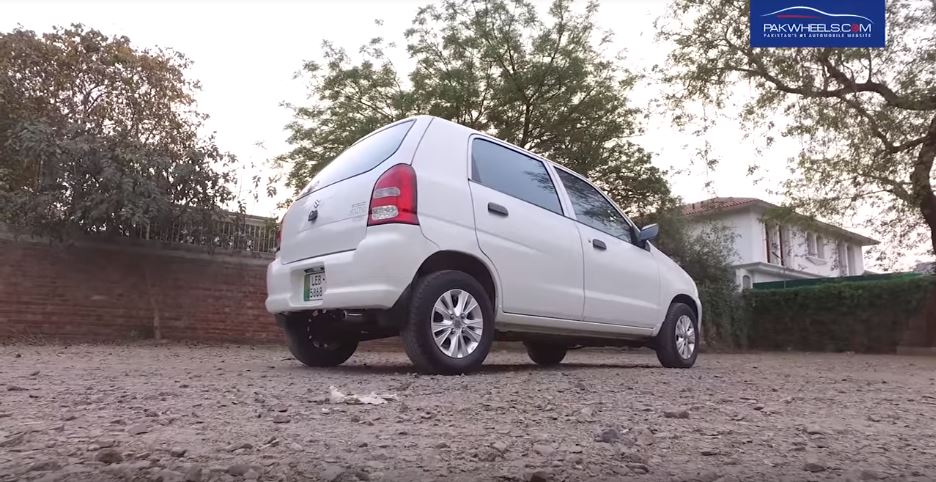 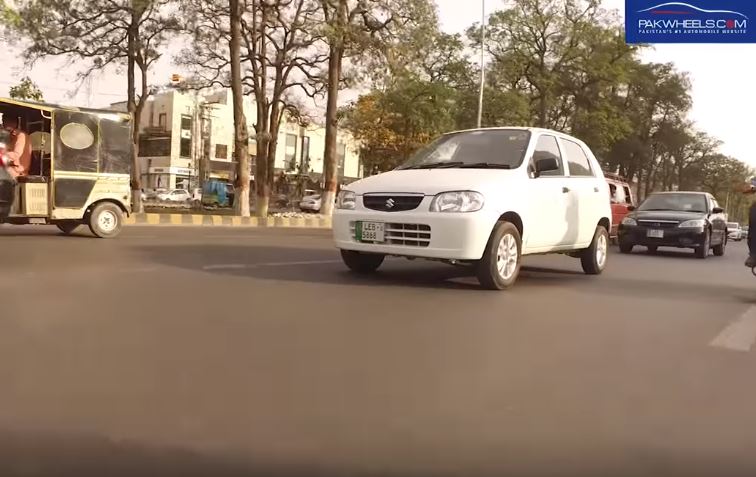 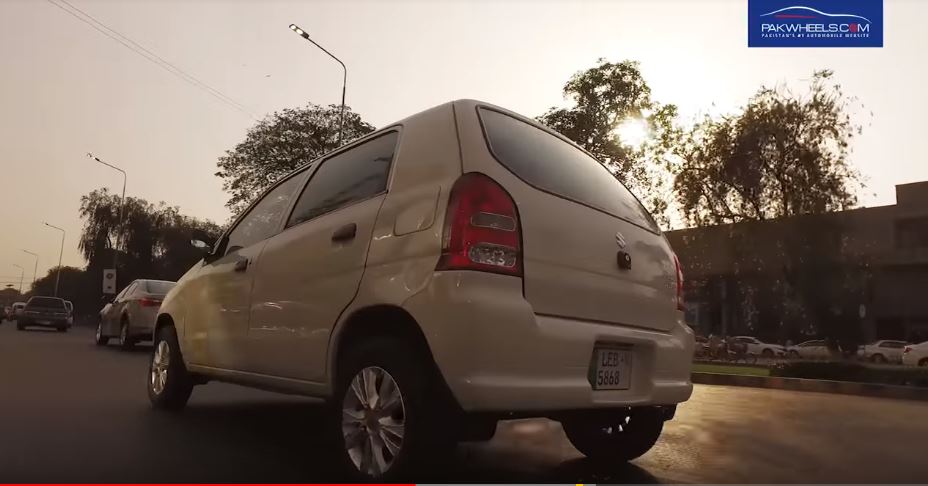 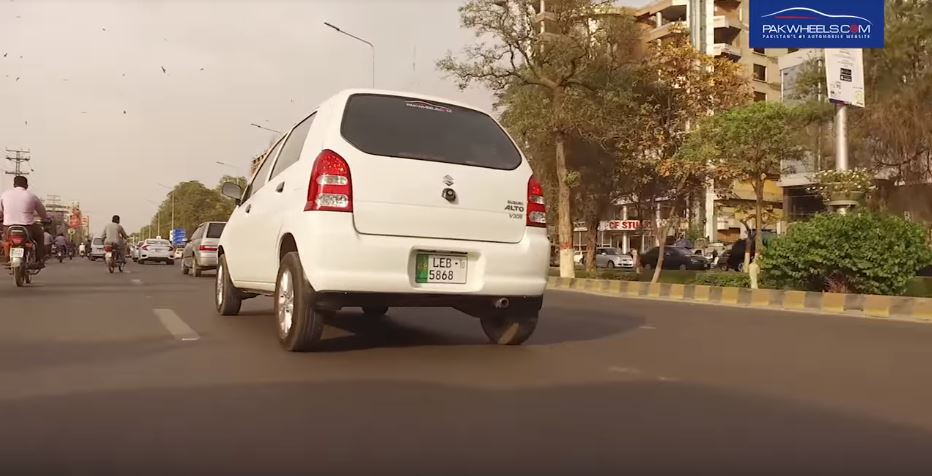 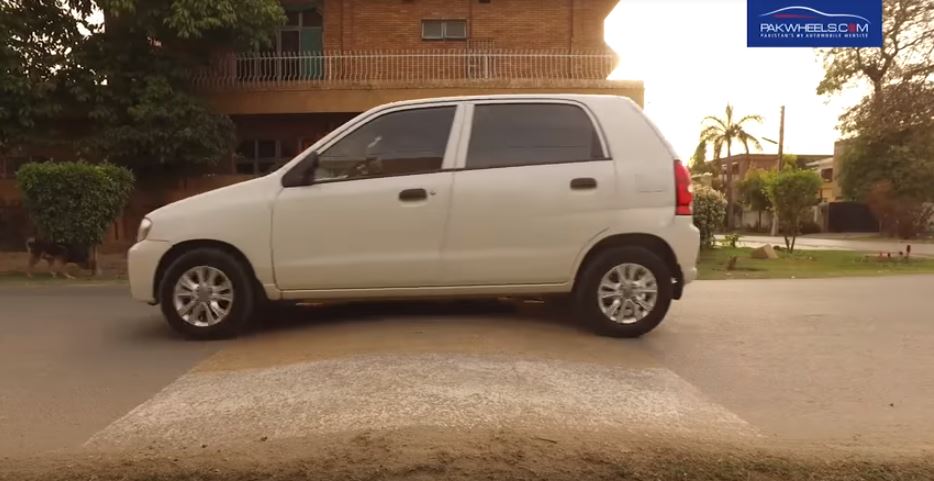 One should never argue about the physical appearance of the economy sector car; the main focus should be resale, fuel consumption and availability of the spare parts. If we compare this Alto 2010 with Santro 2nd generation, Hyundai Santro came with rear wiper, while Alto didn’t possess a rear wiper. So, in this sense, Santro had the upper hand over Alto. The rear wiper helps to wash out water in the rain and gives a clear view of the driver. The side mirrors of the cars are the same as Suzuki Mehran.

Moving onwards, the rear of the car is more modern, if we compare it with the 660cc imported Japanese cars, it doesn’t look obsolete or outdated. As this is a post-facelift version that’s why it has crystal tail lights. The car comes with company fitted steel rims and 12 inches of General tyres. However, the one which I reviewed had alloy wheels.

With just one look, one can easily say that the interior of the car is not fancy or stylish. It’s an economy sector car, so one doesn’t have to have all kinds of attributes in this car. But, if we look back at the time it was launched surely it was a car to look up to, the interior built quality of the car was great to other Suzuki cars. The quality of the dashboard of the car is several times much better than a Suzuki Mehran. There are four a/c vents in the car. However, Mehran came with just two. The material used in the doors is also excellent. 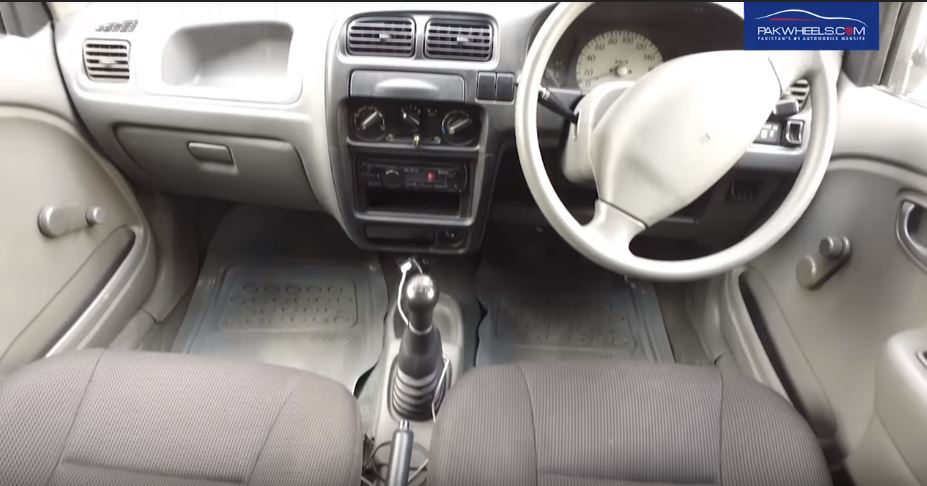 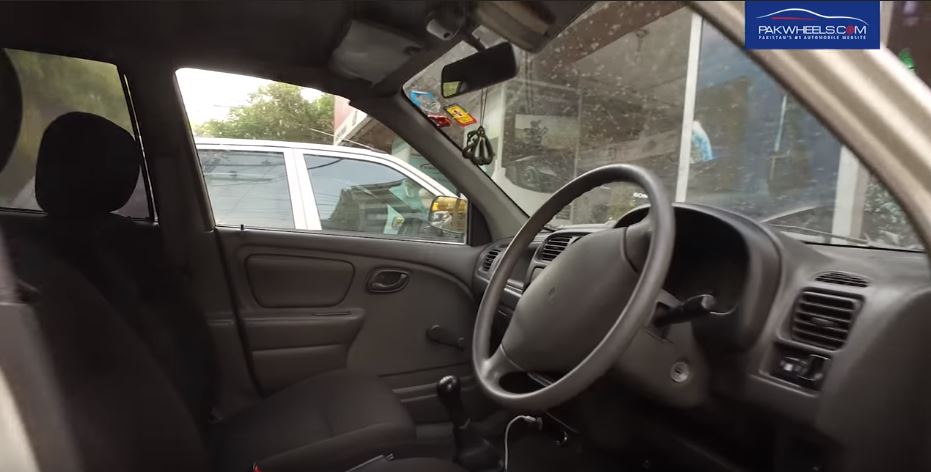 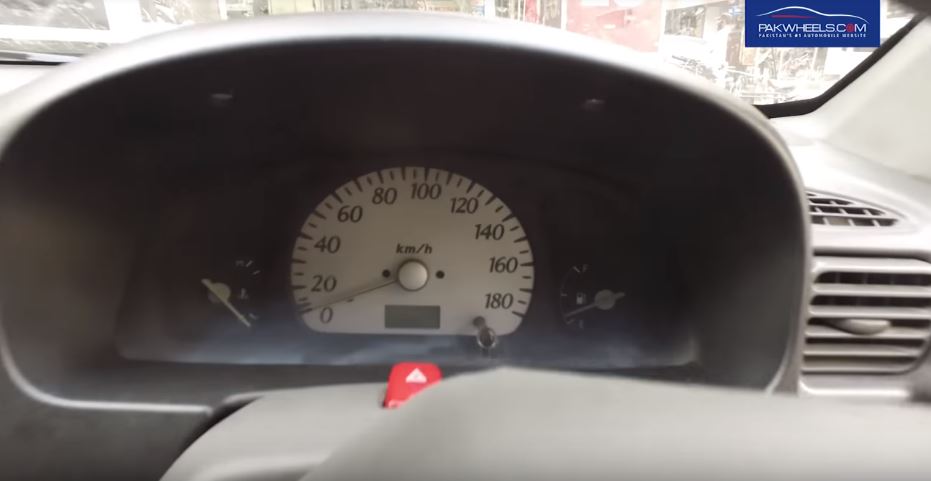 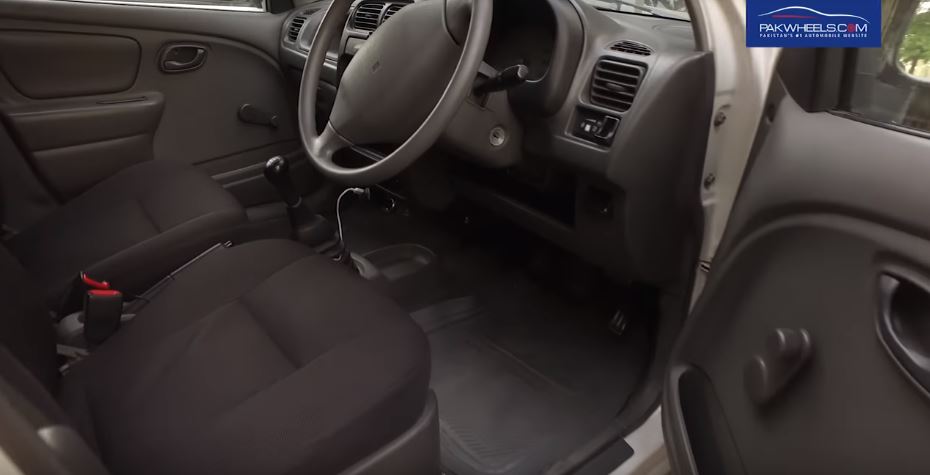 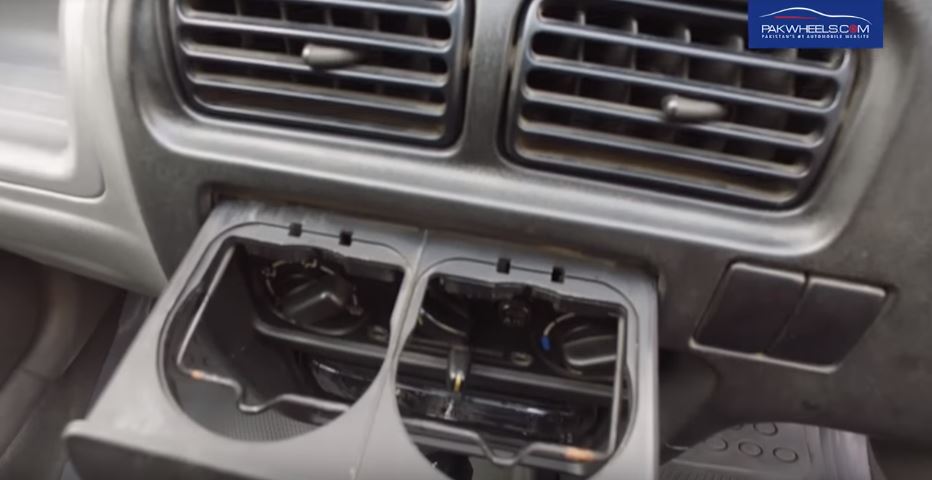 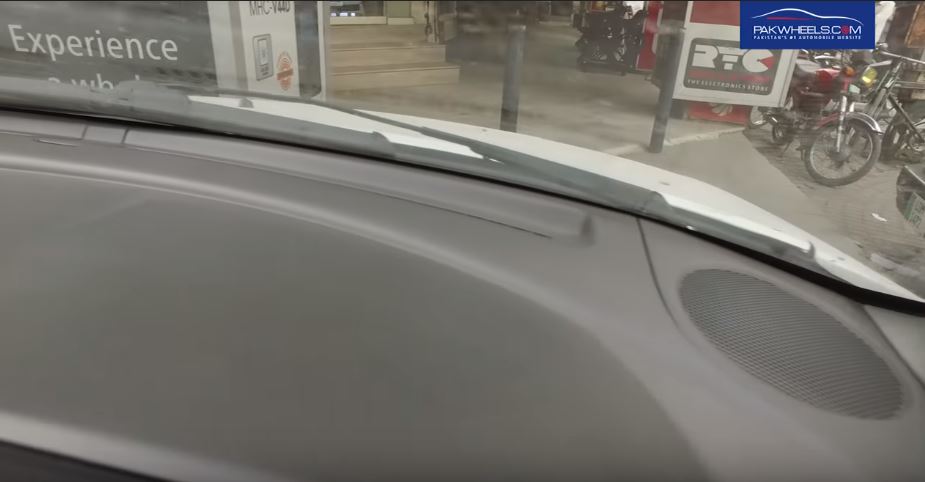 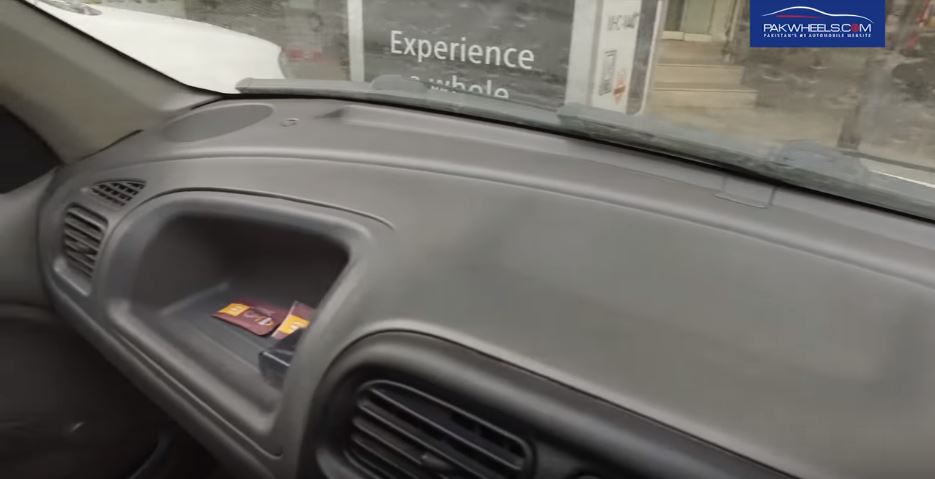 There are no extra frills in the car if you look at the speed meter, it is simple and obsolete. There are also fuel gauge and temperature gauge place on the sides of the speedometer. One interesting thing in the car is that the odometer is digital, and in 2000 not even Corolla, Civic, Santro had one; all had analog odometer, so it was something new at that time.

The audio system in VX variant didn’t come pre-installed, while the VXR variant shipped with a cassette player, the car which I reviewed had aftermarket CD player installed in it. Just beneath the a/c vents, there was a space for cup holders, which was unique at the time it was launched. Conventionally, the sound system came in the doors of the car, but, in Alto, the company mounted the sound system in the main dashboard.

The position at which the lever has been placed is great, the knobs and all the other things are within reach of your hand because the size of the car is compact. The one thing which I experienced during my review of the car and that is the seating capacity is compromised; it is congested compared to Cuore and Santro. It feels from outside that the car has good space, but it even less than Cuore. The legroom at the front is slightly better than the rear, and the headroom is not so good and not so bad. The boot space, as opposed to Cuore, is spacious. One has to let one thing go to acquire another. In our opinion, only four adults can sit in the car. A small child can also sit in the back if you are travelling within the city, but on a long journey, it is not feasible to travel with five people.

The driver of the car is very smooth; it’s a comfortable vehicle to drive. Due to its suspension, it was very famous among car buyers. Compared to other cars the suspension was much better. Alto was equipped with a 1000cc engine coupled with a 5-speed manual transmission that makes 54 [email protected] rpm and 84 Nm of torque at 2700 rpm. 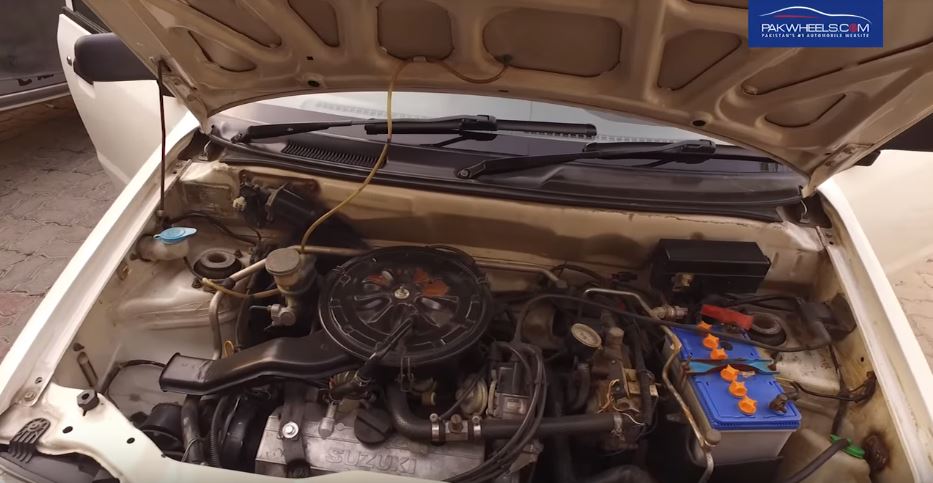 The response of the car is good; you won’t feel any bump while driving. Again, I would reiterate that the suspension and as well as the ground clearance of the vehicle is excellent. We have talked to several people who own Cuore, and they all agreed that the suspension, ground clearance and engine performance of the car is pretty well, it never feels underpowered. You floor the accelerator, and it will give you the necessary response. If compared with Cuore and Santro, the output and response it gives are superior. One of the reasons the engine of the car is very powerful is that it uses the same engine gear as Suzuki Potohar Jeep. But, the con of this car was that it is a carburetor based engine car so that its fuel economy was not that great. 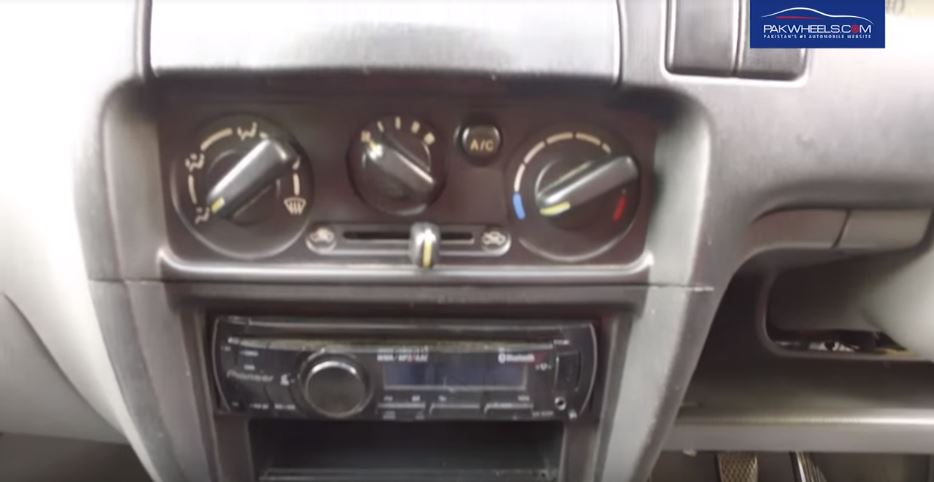 Altos’ ac is relatively better than Mehran, the people sitting in the car will not feel too hot in summer.

The reason the resale value of this car gets little diminished is that its spare parts are all imported, so due to all the spare parts being imported the parts prices are way up– in simple terms, the maintenance of this car is little expensive than its competitors. However, despite, the parts being imported and all, one can get them without any problem. When a person is going for an economy sector car, it looks for good fuel average and low priced spare parts, which this car lacks, but still, this is a good option to choose from.

Overall the car is good; suspension, handling, comfort is outclass compared to other vehicles in the same category, nonetheless, in the same manner, it lacks some of the core factors which the other cars have in them. When people think about buying a budget car, the first thing which comes in their mind is fuel economy; maintenance cost the two factors which this car lacks and dented its resale value compared to other cars. However, after the CNG variants were launched the fuel mileage of car became good, and it never remained the issue from then. But, in today’s day and time if we are comparing it with Santro or Cuore and look at the factor that CNG is expensive, the other cars clearly have the edge on Alto, but still, it’s a good option in economy sector car.

You can buy Alto from hundred of listed one at PakWheels.com between the range of 4 to 6 lac.

Here’s what you need to know about Horsepower

Will the economic slowdown process affect the new entrants?