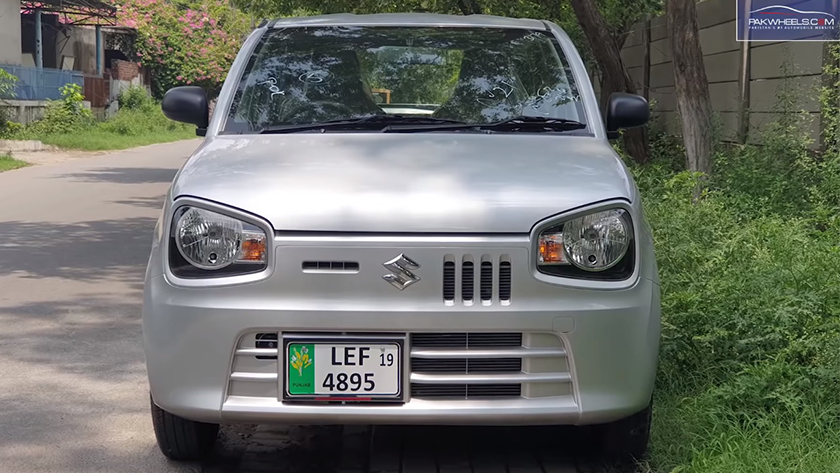 The new generation of Suzuki Alto was launched earlier this year in Pakistan. Since it has replaced the iconic Mehran, Alto has become one of the most affordable cars currently available in Pakistan. Even before its launch, the new Alto sparked a great deal of anticipation. To help you in making an informed decision regarding the purchase of the new Alto, we have conducted an owner’s review. The car under consideration is the VXR variant of Alto that has been driven 224 km.

As far as the exterior is concerned, the owner thinks that the car looks good from the front end. However, the rear is a bit controversial and does not suit his taste. The design of the new Alto will gradually grow on people with time. The owner thinks the interior design is good and spacious for a small hatchback. Some key features of the VXR variant under review include dual airbags, power steering, and premium stereo system with Bluetooth connectivity. Breaking of this car is superior to that of Mehran, and even though it does not have ABS, the breaking is on the better side.

Four cup holders are placed for both the front and rear passengers. Interior storage is also on the good side with different compartments to hold things. Leg space for both the front and rear passengers is ample, and four adults can easily sit through long journeys. The interior space is optimized by removing the spare wheel from the trunk. There is a puncture repair kit in place of a spare wheel which is also a controversial decision by Pak Suzuki. The level of comfort of front seats is on par or even better than Wagon R and Cultus. The build quality of the new Alto is better than the local rivals like United Bravo. However, the exterior paint quality of the new Alto is on the worse side.

The VXR Alto comes with a 5-speed manual transmission fitted with a 660cc R068 engine. This engine is powerful and smooth even though it is a small engine. The gear shifts are also smoother than the outgoing Mehran. The engine gives out approximately 17 to 18 km/l in the city with A/C. On the highway, the new Alto gives approximately 20 km/l.

Tell us about your opinion and thoughts in the comments section below on the new Alto and how would you like to improve certain aspects of the car. Stay tuned for more informative and engaging content like this one.

Atlas Honda increases the prices of its bikes for September 2019