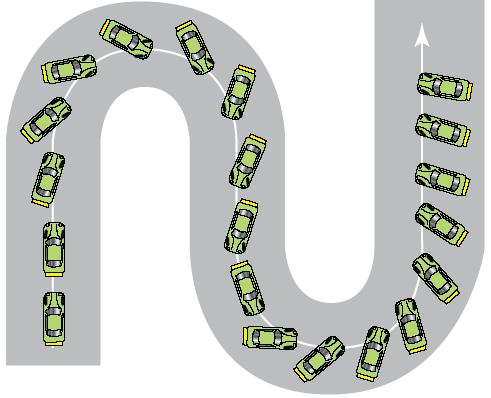 What is drifting and how to drift explained

Drifting is one of the toughest forms of driving. Basically, it is getting your  car sideways down a road. It doesn’t sound very hard does it? But that’s not the case. Instead of a drifter causing a drift and then countering to straighten out, he will instead over-counter so his car goes into another drift. In short, Drifting is a controlled skid.

Drifting is often confused with the term ‘Power Sliding’.
However the later is easier than the former. So in essence a good drifter has the ability to take five or six opposing turns without having traction at any point in time. Typically a good drifter will have a solid background in various types of motor sports. The concept behind drifting is to understand what the vehicle is doing and making it do exactly what you intended to do.

How do I get started in Drifting?

There is no simple way to learn drifting. You may potentially upset
the organizer and the property manager by doing something you
were not permitted to do. It is not smart to try and drift in roads or at unsupervised areas like car parks or empty roads. Anyways, how to drift depends on the type of drift you want to do. So we will learn drifting by learning their types.

What are the different types of Drifting?

There are two main drifting techniques. Every driver should know that there are risks involved with any motor sport competition. At one point or another, there is a possibility of an accident, but this is
part of competition. So Hang on!

The first is called the clutching technique and is the preferred method for rear-wheel drivers. With the clutching technique, you shift the car into second gear as you approach the turns. You then rev the engine to between 4,000 and 7,000 rpm, depending on the car. With the engine revved, you turn the car hard into the turn and pop the clutch, causing the rear tires to spin and lose traction.
To keep the car in the drifting motion until the next turn, you must
keep your foot on the accelerator and make adjustments with the
throttle and steering wheel to prevent spin out. If you’ve managed
to keep the car in control, you can then cut the wheel in the other
direction and attempt to slide around the next turn in one smooth
motion. However, if you went into the turn too slowly, the car may
begin to regain traction.

Because front-wheel driven cars cannot produce tire spin and traction loss at the rear wheels, they require a second, alternative method of drifting: the hand-brake technique. While the clutching technique uses momentum and rearwheel torque to power the car through a set of drifts, the hand brake technique relies solely on momentum. Using this style of drifting, you would simply pull the hand brake as you approach the set of turns to cause a sudden
traction loss. Since there is no driving torque involved, it is much harder to maintain the traction loss through multiple turns
using the hand-brake.

Rear-wheel drive cars have long dominated the drifting scene.
Whether you drive a front-wheel drive or rear-wheel powered
vehicle, drifting gives you a great opportunity to show off your driving skills and have little bit of fun too.