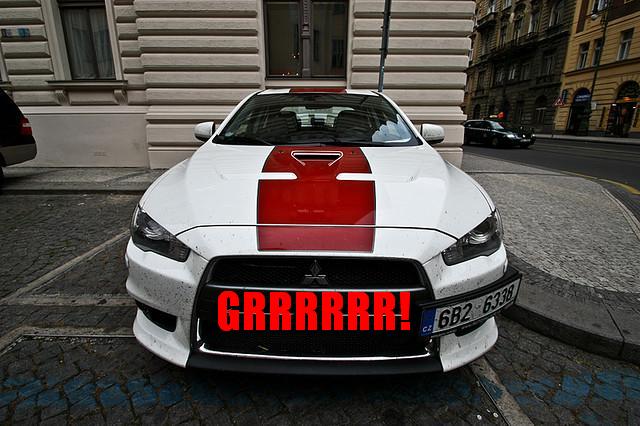 Why do cars of today look so angry?

Our eyes are always caught with the exterior of the cars mostly, these days the designers are trying to make cars look crazy fast when it comes to exterior looks. While looking at the newest cars, they look like they are doing a 100 MPH on a stand still. The designs in today’s world are very aggressive, so much that they make batman look a bit firm. The cars look very angry; perhaps the reason might be the green monster which is working hard to kill the glorious V8 & V10s, taking their big heart out and giving them small inlines or straight six, some say history repeats it self, well it definitely is in case of cars; it is said that the next Generation of BMW M3 will have a straight-6 engine, while Mercedes has already killed its famous M157 6.3 Liter engine alongside Mustangs are seen experimenting with V6 engines that they never heard of.

However, when we’re talking about exterior looks, there were far

better cars with quite innocent faces but when unleashed, they were much like the Japanese Machine Girl; innocent looking girl dressed in a school dress but is more deadly then the Nazis. For example, the BMW E46 M3, E39 M5, AMG Hammer, 1967 Mustang or even the Ferrari Enzo with its F1 styling cues never looked angry at anything. They all looked calm and relaxed; maybe they knew how deadly they were so never needed an expressive face and looked around for preys with their innocence.

But take any car from any manufacturer today and you see a reflection of anger on its face, the newer Mercedes E-class, BMW M3, Audis, VW Scirocco, Alfa Romeo, Mustang and even the new Ferrari 458 Italia is pretty angry and it should be after Ferrari’s announcement that no Ferrari from now on will have a Manual transmission. Sad, having the stick and the clutch under my foot always gave me the comfort for the control but now, I’ve to rely on a computer to do things for me. You see I had a dream to own a Ferrari that’s totally in my control but apparently Ferrari’s just the beginning to kill manual transmission, there’s a herd that’s about to follow it.

What worries me more is the thought about Pakistan, will we ever be able to have a Pakistani V8 before witnessing the complete farewell of those engines? The green monster is bad, noisy and has a lot green friends, so, are we going to begin our automotive careers by building a car with batteries which sounds like a flying bee? I am very glad to say, NO, because if we can have 30 year old cars still in production then we can build those V8s as well. Hallelujah!

Or I maybe wrong because making a car is a billion dollar investment and you can’t go wrong with it. Study shows that people love car with an angry face, that appears dominant and masculine. With the evolution in styling cars, designers can put emotion in their cars which they certainly have and Toyota’s also announced that its future cars will also have an emotional face. Well the thing I am sure about Toyota is that its not innocent!