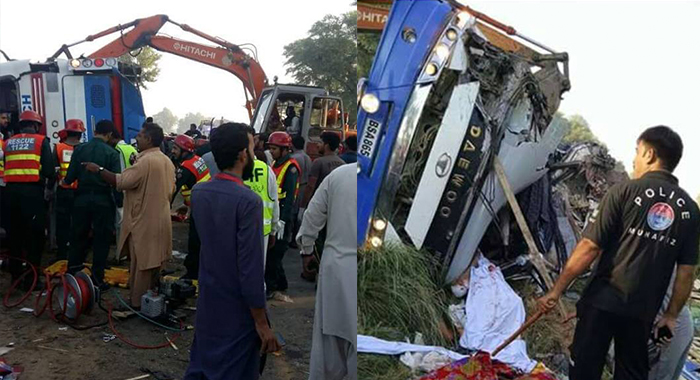 After this terrible accident, emergency has been declared in all the surrounding hospitals. Moreover, many injured in this accident are being reported as critical.

This crash happened at Dahrija Railway Crossing, near Khanpur. More importantly, it has been reported that the rescue teams were very efficient in their response. It should be noted that, of the buses included, one was traveling to Sadiqabad from Faisalabad and the other was traveling from Karachi to Lahore. Due to the severity of crash and the alarming number of critically wounded passengers, more deaths are expected by the Hospitals’ staff.

Audi A3 Facelift Launched in Pakistan – All You Need to Know!