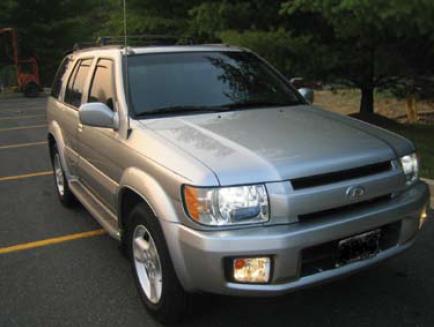 And Fog Lights Are…

The weather has a miraculous affect on our every day lives. It can have an impact on what type of clothing we wear and how we spend our leisure especially holidays. Weather also affects agriculture, transportation, and industry. But severe weather, such as tornadoes, hurricanes, and blizzards, can severely damage property and can take lives. Freezing  temperatures can damage crops especially in citrus-growing regions. Winter snows often create hazardous driving conditions. The accumulation of heavy fog may slow traffic on the roads and cause delays at important destinations like hospitals, railway terminals and airports. Thick fog can also cause fatal road accidents. It was in view of the highly dangerous road conditions during fog that the ‘Fog Lights’ were invented. In this article we’ll discuss the new technology and latest innovations employed in the automotive fog lights.

Safety has always been a prime issue in automotives. This is why auto manufacturers keep adopting latest technologies and placing the best and innovative features on their cars to make them safer. One of these is the fog light. The most important aspect in driving is your visibility. You should be able to see ahead where you’re going in order to avoid hitting anyone or anything coming in your way. But if you can’t see where you are going, the chances are very high that you or someone else is going to get hurt. That is why it is strongly recommended to use fog lights on rainy days, foggy days, or during night driving. High beams, which only reflect back on fog and rain, create all the more blinding effect on your eyes. Fog lights are so designed as to pierce through the fog to provide you better visibility. They also supplement the low beams of your headlights, and working together, they maximize your vision on the road. The fog lights thus provide precision for a highly controlled light pattern to enhance the driver’s visibility in snow, rain, sleet, thick fog, and even in blizzards.

In order to help visibility in foggy and misty conditions fog lights which are fixed on the front of a car or truck, are now extensively used in nearly all the modern cars. The fog lights come in variety of colors and intensities and provide remarkable assistance in navigating poor weather. A scientific principle of cutting through the fog with the help of extra low-level light helps solve visibility problem especially in foggy driving conditions..

Leaving apart red which is the color already used for both stop lights and brake lights most fog lights are yellow in color because of the need for a single color light rather than white light, to minimize dispersion as the light hits the water vapor and scatters in different directions. Another reason to use yellow color is because it has the longest wavelength next to the red. But the size of water molecules has a definite impact on dispersion. The problem arises when the size of water vapor molecules in fog are large enough causing restricted dispersion making the wavelength of the light meaningless. So in choosing the yellow lights which was believed to be minimizing the blur the fog lights cast, the first car companies did not take into account the impact of the water vapor size on dispersion. Also because yellow color was used to indicate various cautions to a driver.

Therefore many modern fog lights are halogen light that allow them to burn at much hotter temperatures than traditional lights. Halogen fog lights tend to have a tighter beam than incandescent fog lights, which yields an additional benefit. A special class of fog lights, seen on some newer cars, is high-intensity discharge lamps. These lights may use a number of different minerals to operate, including mercury, sodium and halide. These fog lights are often distinguished by a purplish shade of color, rather than the traditional yellow color.

While some vehicles come with factory installed fog lights, there are some that don’t. But you needn’t worry as aftermarket fog lights are available on the market, and come in different shapes and sizes. You can always opt to upgrade the factory-fitted fog lights to higher-output halogen , HID (xenon) or projector style lamps Not only do fog lights make your driving safer, they also add to the aesthetics, drive safely in style.

There had been repeated commotions over the installation of rear fog lights for quite some time in the past. But the recent decision to add the safety feature (rear fog light) was in
response to an online petition by more than 700 U.S. Mini owners requesting that Mini parent company BMW AG activate the rear fog lights on their cars. Many owners say they want the feature because they fear trucks won’t see their small cars in bad weather.

The Company report comments on the exceeding sales of Mini with rear fog lights than those without. The Rear Fog lights are standard on Minis sold in Europe today. Also that the Mini Brand recognition is climbing sharp around the world.