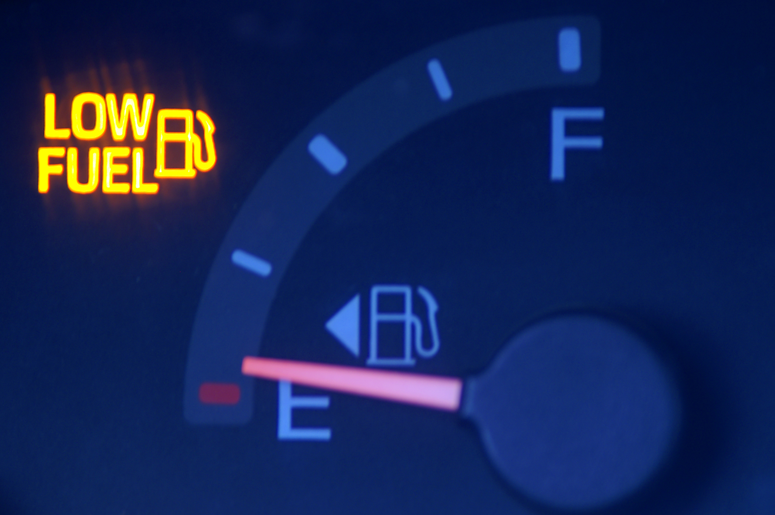 Most of us have a habit of driving around our vehicle with the low fuel light on. It is not something commendable because it can affect our vehicle badly. The car fuel gauge though keeps reminding us when the fuel is low, but we act as a lazy kid, procrastinate and drive on low fuel neglecting the long run side effects of this.

Some drivers are just lazy, it is tough for them to refuel their tank on time no matter what the price of petrol may be. But, what they forget that their this habit may end up costing more.

There is no proper statistics regarding cars in Pakistan which is more of a concern. The survey in 2015 in the USA showed that every year around 827,000 drivers had ignored their vehicle, especially the warning light of their vehicle, which made the vehicle to run out of fuel and break down on the roads. But, the drivers neglect this warning sign of low fuel and think that they can run for some extra miles even if the vehicle is giving warning signs. Also, two million US drivers that in order to find cheaper gas, they travel permanently with the light on.

Why the experts think that it is a bad idea to drive on an empty or close to an empty fuel tank is because of following reasons:

The fuel gauge isn’t very accurate. The driving style and the car’s fuel economy help the fuel gauge to calculate the range. Hence before the car run out of fuel, it acts as an estimation and approximation instead of an exact.

According to mechanics if you run out of fuel, it can damage your catalytic converter:

The pump starts sucking in the air mixed with the fuel when the fuel become low. It causes unoptimized combustion which damage the catalytic converter. This damage is way more expensive than simply filling the fuel tank on time instead of on last minute when the fuel is finished.

The fuel in your car acts as a coolant:

So, since the fuel act as a coolant while when there is less fuel, the fuel pump while sucking the air would create more heat. This causes the extreme wear of fuel pump leading to ultimately failing the fuel. The fuel pump is not only tough to replace but it is also an expensive part of the car as well.

When the level of the fuel is below at a dangerous level, the dirt starts to accumulate at the bottom of the fuel tank. When this happens, the pump pushes the dirty fuel in the engine. This will choke the fuel filter and even clog the injectors/jets which will eventually lead to producing more heat and in the end would wear and tear including the potential failure and a jerky ride.

Tips to Avoid Running Out of Gas:

In order to get avoided from running out of gas, the following tips must be considered.

Fuel light still on then do the following:

That’s all from our side regarding the pros and cons of driving on low fuel light on. Do let us know about your experiences and thoughts in the comment section below.