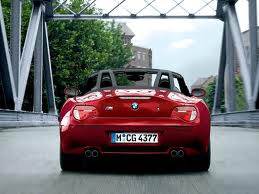 The study carried out by Reputation Instititute puts BMW at 4th position out of a top 100 list. Reputation Institute Chairman, Dr. Charles Fombrun says that the greater the reputation of a company, the more support it earns from consumers, the better its operating performance, and the more money investors are willing to pay for its shares. This is a key feature of the emerging Reputation Economy we now live in.

As it is evident as aforesaid by Dr. Charles Fombrun, brand image is very important for a company to be the market leader, like Apple which has been rated as the 2nd most reputable company in the world after Google. Apple with its Ipod and Ipads sets the trend for similar new products and every company followed them.

Daimler ranked at 7th but what we learned from BMW’s 4th position and 1st in automotive sector is that despite Mercedes Benz with its C63 AMG and Audi with its RS4 try hard to compete with the benchmark set by the BMW M3. Now, a recently released study by research-based consulting firm Reputation Institute found that BMW is considered the world’s most reputable company in the automotive sector and fourth overall behind Google (1st), Apple (2nd) and the Walt Disney Company (3rd).

Other carmakers also performed well in the study, with Daimler ranking 7th and Volkswagen coming in a respectable 10th, followed by Honda (29th), Toyota (60th), Nissan (61th) and Suzuki (63th). Even though Suzuki and Toyota do not enjoy such a good brand image in Pakistan due to its poor build quality and on Suzuki’s part, lack of new advanced products for their 30-year-old Mehran and 20-year-old Cultus.

So how was this study conducted and what of its validity and accuracy? Well, it all started out with a batch of the 1000 biggest names from across the globe. This was the first phase of the process, which took place in January 2011, after which 100 highest-ranking firms across 41 countries were selected.

The second phase began in April, and consumers from 15 major markets (Australia, Brazil, Canada, China, France, Germany, India, Italy, Japan, Mexico, Russia, South Korea, Spain, United Kingdom, and the United States) were asked to rate to name their top 5 favorite companies. Well, if Pakistan was also in the of list of the major markets, than fate for Toyota and Suzuki might have been worse.