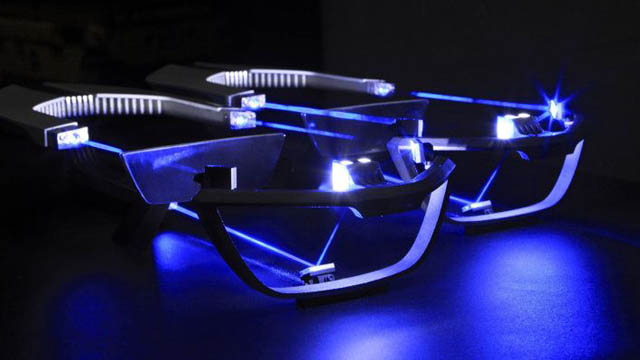 As we reported earlier that BMW is working on laser technology for headlights earlier, BMW has finally revealed the latest piece of technology to be used in cars of today.

BMW jumped ahead of Audi whose signature LED headlights have given the automotive stylists a lot of edge at making cars look beautiful, BMW wasn’t sleeping all this while. BMW has laid out plans to hopscotch over LEDs with laser headlamps. These are the first pictures showing how lasers could turn night into day.

Forget LED headlamps – according the BMW, the next logical step in car lighting development is laser lights. Laser lighting is radically different from sunlight or any different kind of artificial lighting used today, including the different types of light sources we use in vehicle headlamps.

Laser lighting is monochromatic, which means that all the light waves have the same length. It is also a “coherent” light source, which means its waves have a constant phase difference. As a result, laser lighting can produce a near-parallel beam with an intensity a thousand times greater than that of conventional LEDs, while having less than half the energy consumption of LED headlamps.

The intensity of laser light poses no possible risks to humans, animals or wildlife when used in car lighting. Amongst other things, this is because the light is not emitted directly, but is first converted into a form that is suitable for use in road traffic. The resulting light is very bright and white.

BMW displayed the new laser headlights installed in its new electric i8 car.

The top most searched cars on Pakwheels