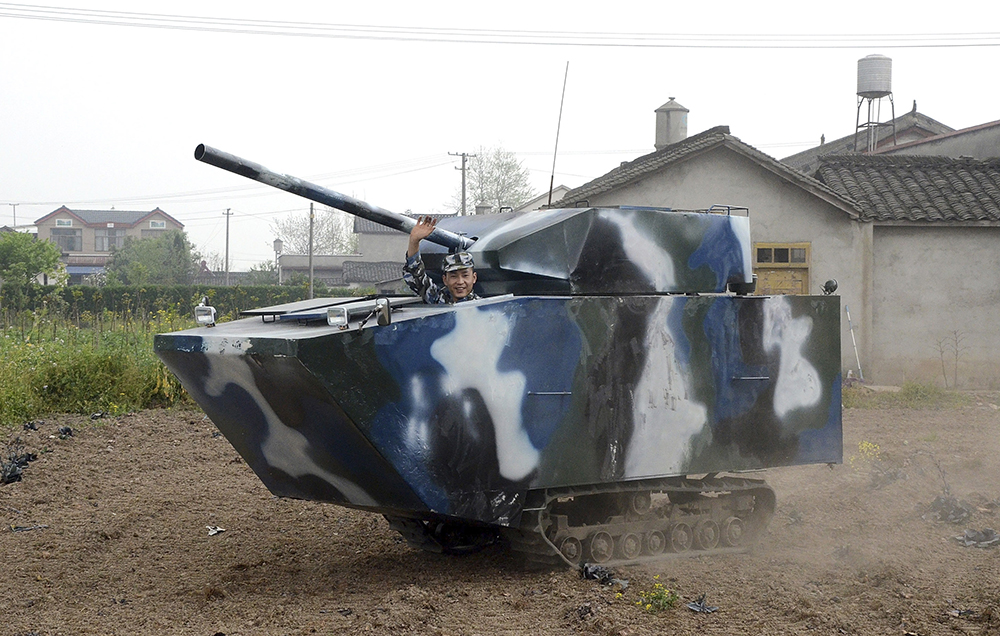 How would you respond if someone builds a tank for you that can fire cannons? Will you be showing it to everyone? But I think the person will be arrested by officials for having operational (sort of conventional weapons)  tank at home. Or may be a license required for this unique habit, I don’t know what Pakistan’s law states about owning a tank but in the UK, you can actually buy an old tank and it is hilariously, exempted from congestion charge.

However; weapons’ savvy people will keep it but, I’m afraid if this home made tank thing gets common, that would be a lovely advantage for serial killers or war-zone gangs to get involved in home made tanks fighting as already Lyari is famous for gang fighters. It isn’t a recommendation, merely a though you know.

Anyways children can have these things as toys, as recently, in China a former navy officer did something really amazing for his son on his 6th birthday. Jian Lin built a three-tonne heavy weight real tank with an operational gun turret. The tank has amazed everyone and the dad has shown his love and affection for his son as Jian Lin’s son demanded to get a new tank for his coming birthday.

Jian Lin, from Mianzhu village in Sichuan province, told the Chengdu Economic Daily “I want to realize my dream and give my son a cool toy.”

A camouflage painted tank was built in a total time period of two months, an interesting thing is that this tank has tractor’s wheels and an engine from a truck with the refitting of gearbox in it. This project cost total 40,000 yuan (HK$50, 300) to Jian Lin. The tank is 4.5 meters long.

According to Chinese state news agency, Xinhua Jian Lin’s tank is resembling to people’s Liberation Army’s 63A tank. But the only difference is that 63A is merely 85% heavier than Jian Lin’s tank.

Jian was an ex-military person and served navy for many years, he told media that after selling of his truck which was the source of income after getting retired from navy, he made his mind to build a Tank and gift it to his son as a “cool toy.”

The sources from media did not furnish with one thing that has Jian Lin got the authorities’ approval of this tank? Because in Chinese law; the unsanctioned manufacturing of weapons is illegal, if anyone will violate the law can get maximum ten years in jail.

I hope this will not happen to Jian Lin as his intentions towards building up tank for his son as a “Cool Toy” were not wrong. But what would happen If he shows his  interest of building tanks in the future as he does have ingenious talent, and soon, he is going to start work on an amphibious tank which could also drive through water. 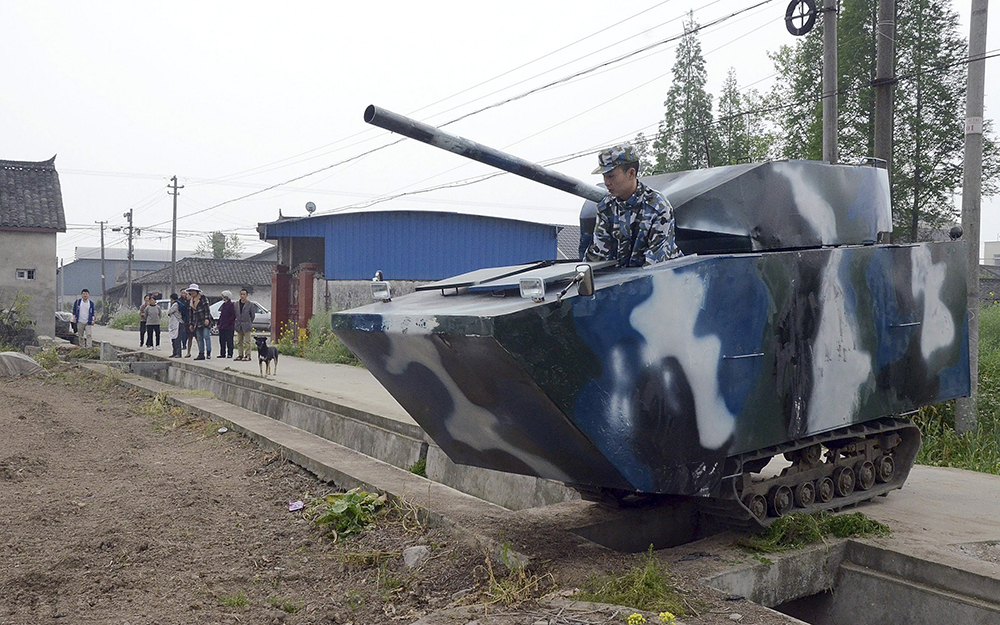 Caltex Chevron about to depart from Pakistan

A gentle plea for Pakistani drivers – Follow the rules!