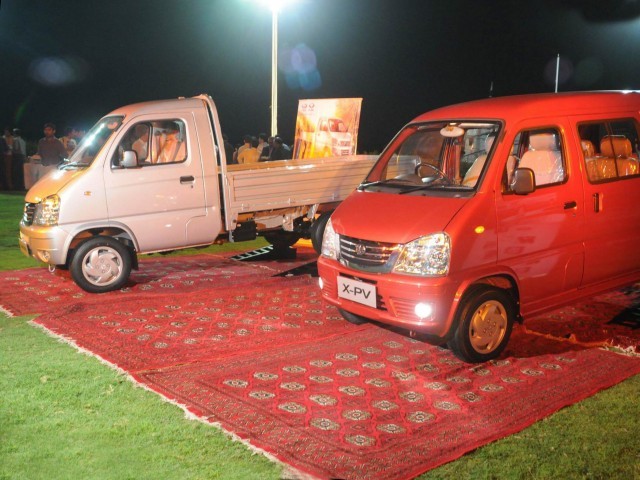 The oldest automaker from China, Faw Motors has launched a joint venture with Pakistani assembler and importer of heavy commercial vehicles ,’Al-Haj Motors’, which has been gaining a steady foothold in the country in their prime segment where they are active since 2006.

The first two vehicles to come out of this joint venture are 1000cc mini-van and a small pick-up to compete with Suzuki Bolan and Ravi respectively.

Moving further, Faw Carrier is priced at 609,000 whereas Suzuki Ravi VX is for 537,000 however, Al-Haj Faw motors are currently importing these cars since their assembling plant in Karachi will begin assembling these cars locally by June this year.

Price will drop when assembling begins locally but making people choose the Chinese vehicles (known as disposable cars) over the decades old Bolan and Ravi is a thing which we’ll like to watch while having pop-corns.

Even more so, CEO of Al-Haj FAW Motors, Hilal Khan Afridi said on the launch ceremony something that could bless us with either breaking of the monopoly or rather, the entrance of another in the cartel but I digress, Mr. Hilal said that the cars have been priced competitively, and profit margins kept low, in order to tap local markets and the Chinese technology will be brought into Pakistan within the next one and a half years or so and by the next three years, 100% manufacturing will be done locally.

“The future of automobiles in Pakistan belongs to Chinese technology; it is effective, and very economical as compared to its Japanese and
American competition,” he said.

Prev Next
61 Comments
Leave A Reply