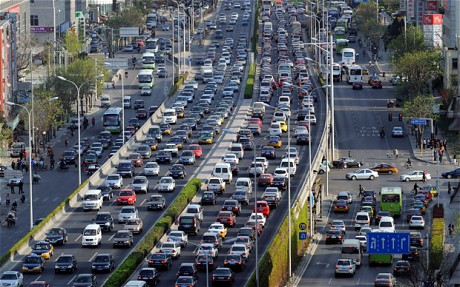 Wards Auto has reported that China is attempting to put a stop to rampant corruption by its government officials, especially when it comes to automotive purchases and embezzling.

China currently spends somewhere between $46.5 billion and $62.1 billion to maintain its fleet of 3 million official vehicles. Those figures mark between 6 and 12 percent of the government’s total costs. According to Wards, 464,000 of the 4 million vehicles registered in China in the first five months of the year were purchased for official use by government workers. That’s a little over 11 percent of every vehicle on the road.

In response, China has enacted new legislation to limit the number of official vehicles on the road. Moving forward, there will only be one governmental vehicle for every 20 workers. Engine size will also be limited to 1.8 liters and the total cost can be no more than $27,950. Currently, workers can snap up any vehicle with an engine up to 2.0-liters of displacement with a cost of $38,280 or less. This year, government buyers have favored models like the Audi A6L, Honda Accord, Toyota Camry and Volkswagen Passat.

While the corruption done by Chinese officials is no where near how Pakistani government officials abuse their vehicles, but a lesson from our neighboring long-term friend can be learned to fix the terrible state of affairs in our country.